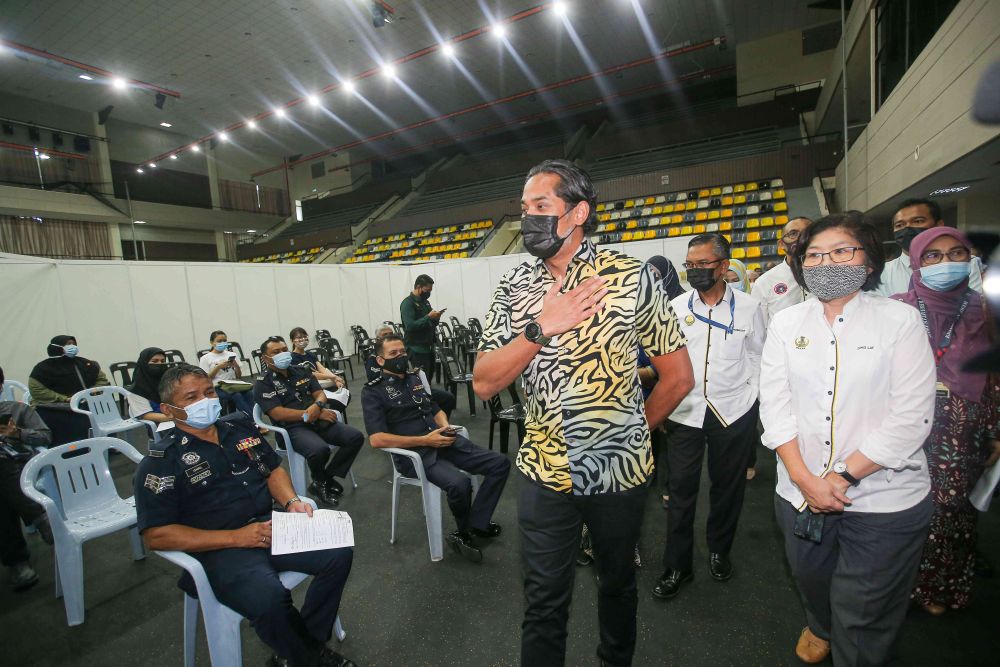 Khairy, who is also science, technology and innovation minister, said the 7,235,436 registrants were equivalent to 30 per cent of the targeted population under PICK.

“The increase (in registration) is very encouraging and hopefully we will be able to see more people coming forward to register themselves,” he told a press conference here.

According to Khairy, a total of 580,765 vaccine doses have been administered nationwide with 129,110 individuals receiving the complete course of two doses.

Khairy said an agreement will be signed soon with industry stakeholders to immunise workers in certain economic sectors if vaccine supplies are sufficient enough with the first phase of the PICK to be finalised in the next two weeks.

“We will focus on companies with more than 5,000 workers and those in red zones or high-risk areas,” he said.

However, for the time being, the matter is still in discussion on whether a specific date could be announced.

He also said he would raise to the Cabinet for further policy-making following a letter he received from the United Nations (UN) in offering its assistance on the vaccination of foreigners in the country.