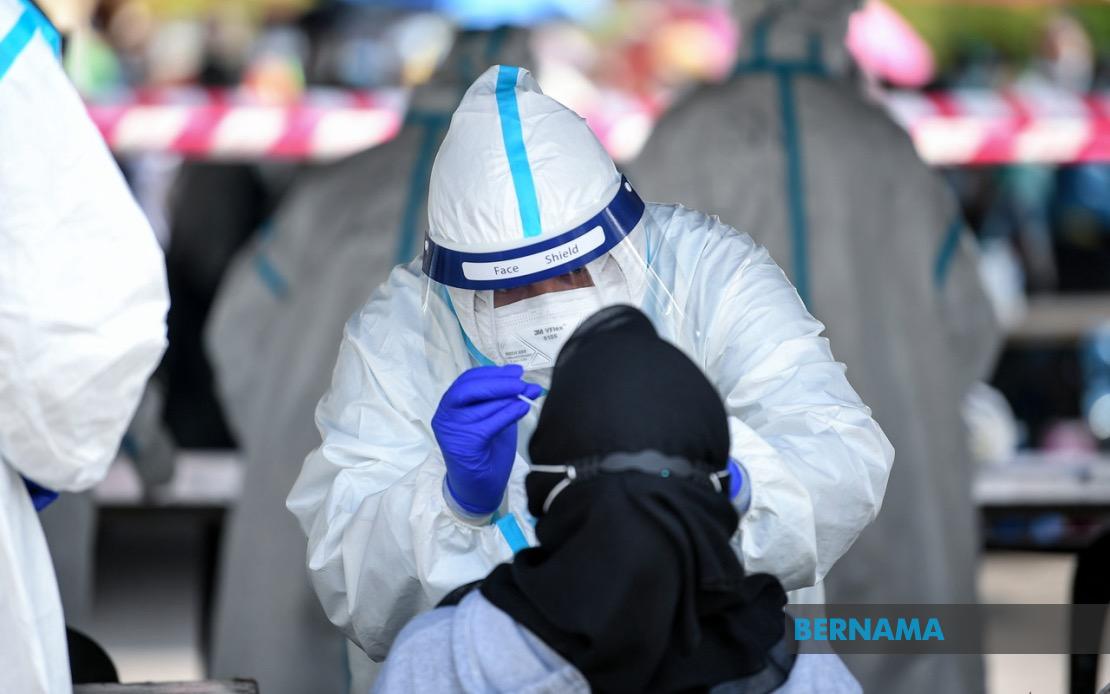 The committee in a statement today said the latest deaths were recorded in Miri and Bintulu, bringing Sarawak’s Covid-19 death toll to 105.

SDMC said the cumulative positive cases to date stands at 16,061.

On the fatalities, the 104th death was of a 62-year-old local woman who was admitted to the Miri Hospital after suffering from breathing difficulties.

More symptoms started showing several days later and her rt-PCR test result came back positive for Covid-19 on March 11. Her health continued to deteriorate and she died on March 28.

The woman had comorbidities like high blood pressure, diabetes and dyslipidemia, said SDMC.

The 105th death was a 51-year-old local man who was admitted to  Bintulu Hospital after a symptomatic patient screening revealed he was positive for Covid-19 on March 16.

His health continued to deteriorate and he died on March 29.

According to SDMC, the man had comorbidities such as high blood pressure, diabetes and asthma.

In Sibu, out of its 33 new cases, 23 were from close contact screenings while 10 were from other screenings.

Kuching recorded 23 new cases where nine were from other screenings, seven were Import B upon returning from other districts or states in the country, five from close contact screenings and one from the Emperoh Jambu Cluster.

Samarahan’s 13 new cases were mostly from the Kampung Baru Hilir Cluster at seven, and six from close contact screenings.

In Kapit, two cases were recorded from the Gelong Cluster, one from a symptomatic patient and one from other screening.

Sebauh recorded two new cases both from symptomatic patients, while Subis single case was recorded from a close contact screening.

Bau and Lawas each recorded one new case from other screenings, while Marudi also one but from a symptomatic patient.

All in all 2,853 active cases were being treated in hospitals and Covid-19 treatment and quarantine centres (PKRC) across the state where 326 were in the Sarawak General Hospital (SGH), 586 in Sibu Hospital and PKRC, 450 in Bintulu Hospital, 509 in Miri Hospital, 5 in Limbang Hospital, 142 in Sarikei Hospital, 118 in Kapit Hospital and PKRC, 49 in Betong PKRC, 20 in Mukah PKRC, 175 in Serian PKRC, 1 in Lawas PKRC, 421 in Semuja Immigration Depo PKRC, and 51 in Sri Aman Hospital.

On a positive note, 211 cases have recovered and were allowed to be discharged from hospitals in Sarawak today, where 80 were from Sibu Hospital, 32 from Bintulu Hospital, 30 from SGH, 27 from Miri Hospital, 12 from Kapit PKRC, 10 from Sarikei Hospital, 10 from Serian PKRC, six from Sri Aman PKRC and four from Betong PKRC.

At the same time 307 person-under-surveillance (PUS) cases were recorded, making it a total of 5,674 cases being quarantined in 93 hotels and other accommodations across the state as of today.