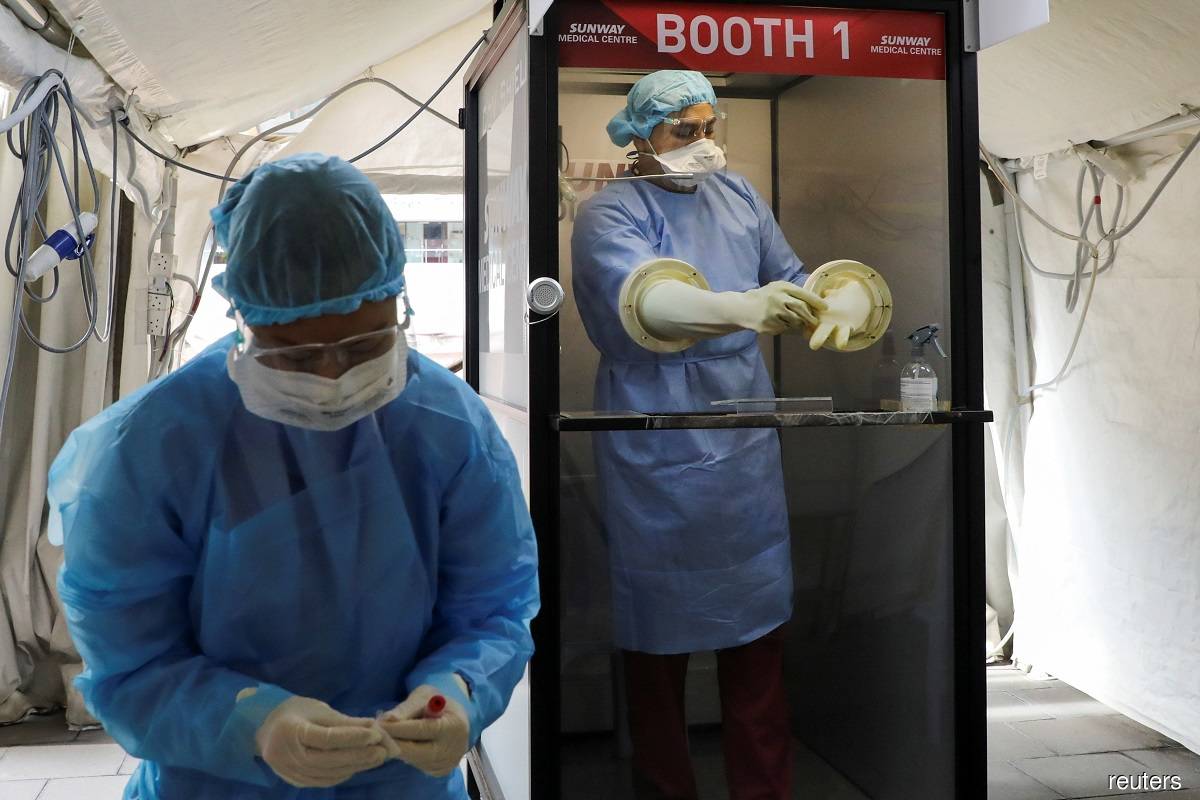 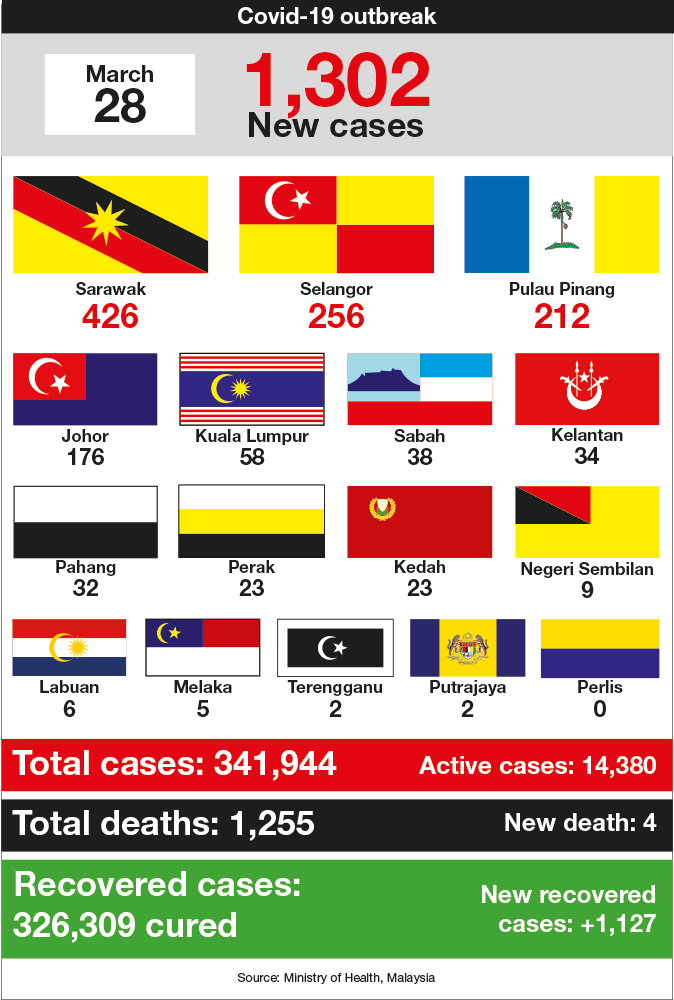 Dr Noor Hisham said via Twitter today that Sarawak’s number of new cases rose to 426 to become the state with the highest daily figure of fresh infections today, followed by Selangor with 256. Malaysia reported today four Covid-19-related deaths, which brought the cumulative number of pandemic-linked fatalities in the country to 1,255 so far.

Among other states and federal territories, Penang reported 212 new cases while Johor registered 176.

Malaysia’s 1,302 newly confirmed Covid-19-infected individuals today are a rise from the 1,199 reported yesterday, he said.

Today, Sarawak’s number of new cases rose to 426 from 267 yesterday, according to him.

He said the 1,293 persons who were infected locally comprised 840 Malaysians and 453 foreigners.

Dr Noor Hisham said there are 169 Covid-19 patients being treated in hospitals’ intensive care units across the country.

Out of the 169 patients, 76 are intubated to help them breath, according to him.

He said 1,127 persons were reported today to have recovered from Covid-19.

The total number of individuals who have recovered from the pandemic across the country so far stood at 326,309, he said.

He said the four deceased reported today comprised three men and one woman aged between 63 and 77 years.

According to Dr Noor Hisham, a 63- and a 77-year-old men died in Sarawak while a 67-year-old man passed away in Kedah.

He said the 73-year-old woman died in Selangor.

“This brings the total number of clusters in Malaysia to 1,347, with 381 still active, while 14 clusters were declared ended today,” he said.