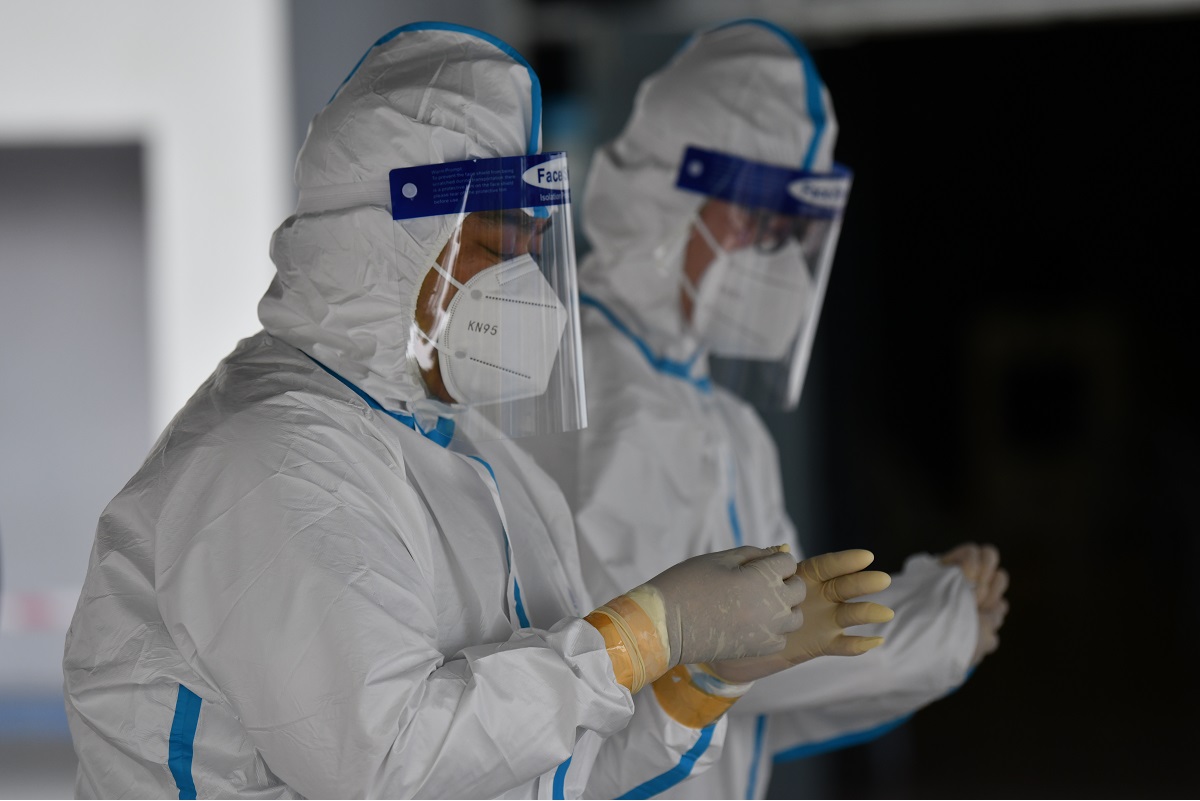 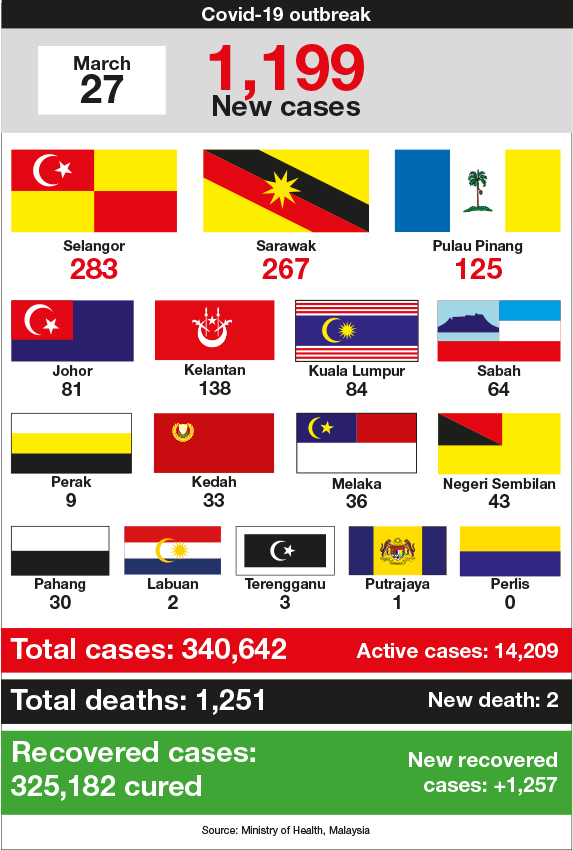 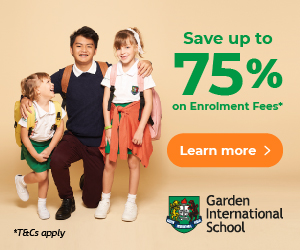 The number of newly-confirmed Covid-19 cases at 1,199 today is a drop from yesterday’s 1,275 cases, according to Dr Noor Hisham’s latest updates on Twitter today and his press statement yesterday.

In his Twitter updates today, he said Selangor reported the highest number of new Covid-19 cases at 283 followed by Sarawak (267).

Among other states and federal territories, Kelantan registered 138 newly-infected persons, while Kuala Lumpur and Putrajaya reported 84 and one respectively, he said.

He said there were no fresh cases registered in Perlis. 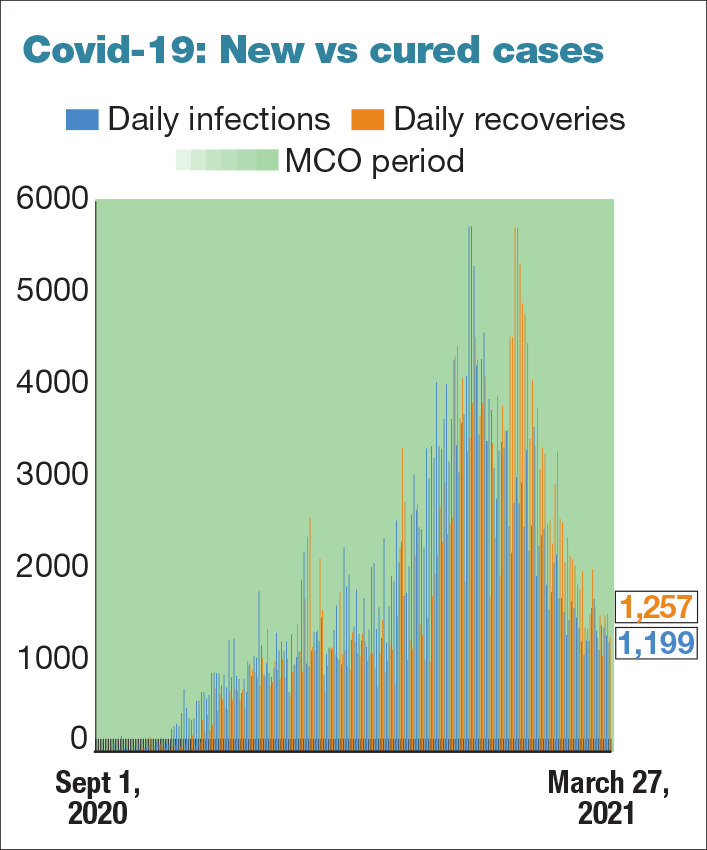 Meanwhile, the Ministry of Health (MoH) said in a separate Twitter update today that another two Covid-19-related deaths were reported in Malaysia today.

According to Dr Noor Hisham’s statement yesterday, the country reported one Covid-19-related death, which brought the cumulative number of fatalities due to the pandemic to 1,249 as of yesterday.

Today, the MoH’s Twitter update said the latest two Covid-19-related deaths brought the total number of pandemic-linked fatalities in the country to 1,251 so far.

According to the ministry, the number of Covid-19 patients treated in hospitals’ intensive care units across the country stood at 167, of which 72 need breathing-assistance devices.

Meanwhile, the number of persons reported to have recovered from Covid-19 stood at 1,257, which brought the total number of recovered cases across the country to 325,182, the MoH said.

Of the local cases, 959 are Malaysians while 235 are foreigners, according to him.

He said the 60-year-old Malaysian died in Sabah while the 52-year-old foreigner died in Penang.

“The addition of new clusters brings the total number of clusters in Malaysia to 1,344 with 392 of them still active while 10 clusters ended today,” he said.