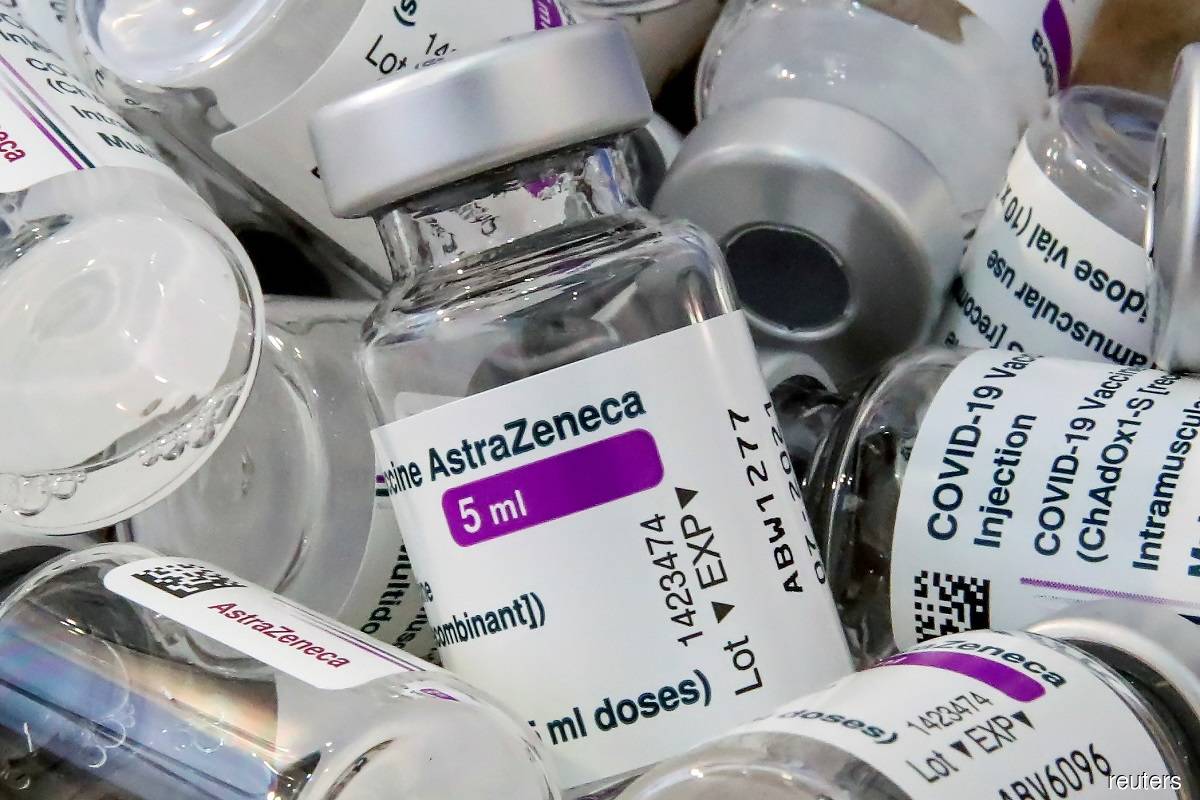 SINGAPORE (March 23): AstraZeneca may have used “outdated information” in the results of a large-scale Covid-19 vaccine trial, a US health agency said on Tuesday, casting fresh doubt on the shot, its potential US roll-out and plunging its developers, once again, into controversy.

The highly unusual rebuke from federal health officials comes just one day after interim data from the drug maker showed better-than-expected results from the US trial which had been seen as a scientific counter to concerns that have dogged the shot since late last year.

The vaccine developed with partner Oxford University was 79% effective in preventing symptomatic illness in the large trial that also took place in Chile and Peru, according to the data. It was also 100% effective against severe or critical forms of the disease and hospitalisation, and posed no increased risk of blood clots.

The Data Safety Monitoring Board (DSMB), an independent committee overseeing the trial, has “expressed concern that AstraZeneca may have included outdated information from that trial, which may have provided an incomplete view of the efficacy data”, the US National Institute of Allergy and Infectious Diseases (NIAID) said in a statement released after midnight in the United States.

“We urge the company to work with the DSMB to review the efficacy data and ensure the most accurate, up-to-date efficacy data be made public as quickly as possible,” it said, adding that the DSMB had informed AstraZeneca of its concerns.

AstraZeneca did not immediately respond to a Reuters request for comment.

Its shares were down 1% in early morning trade.

NIAID is headed by US infectious diseases expert Dr Anthony Fauci and is part of the National Institutes of Health. The DSMB is organised by NIAID, according to a document outlining the trial design. The board’s role is to provide study oversight and evaluate clinical data to ensure safe and ethical conduct of the study.

Authorisation and guidelines for use of the vaccine in the United States will be determined after thorough review of the data by independent advisory committees, the statement added.

Although hailed as a milestone in the fight against the Covid-19 pandemic when it emerged as a vaccine contender last year, the AstraZeneca shot has seen a steady stream of questions raised about its efficacy, dosing regimen, and possible side effects.

More than a dozen of European countries halted use of the vaccine earlier this month after reports linked it to a rare blood clotting disorder in a very small number of people.

Germany and France resumed inoculations after the EU’s drug regulator said last week it was safe but an opinion poll on Monday showed Europeans remained sceptical about its safety.

Fauci, who also serves as chief medical adviser to US President Joe Biden, said on Monday the US trial found no indication at all of the rare blood clots.

Before the blood clot concerns, there were also earlier separate late-stage studies, run by partner Oxford University, that had raised questions about its dosing regimen and the lack of data about its efficacy for elderly people.

The latest data, which has yet to be reviewed by independent researchers, was based on 141 infections among 32,449 participants.

Analysts had also noted AstraZeneca’s achievement of producing strong trial data against a backdrop of more infectious variants spreading in the United States and other countries.

The AstraZeneca vaccine, which is already widely used outside the United States, is seen as crucial in tackling the spread of Covid-19 across the globe because it is easier and cheaper to transport than rival shots.

It has been granted conditional marketing or emergency use authorisation in more than 70 countries. Many countries are relying heavily on it to end the pandemic, and several state leaders have taken the shot to boost confidence in the vaccine, including South Korea’s President Moon Jae-in who received it on Tuesday.

The shot has also been at the centre of a growing conflict between Brussels and London over so-called vaccine nationalism after a string of supply setbacks in Europe.