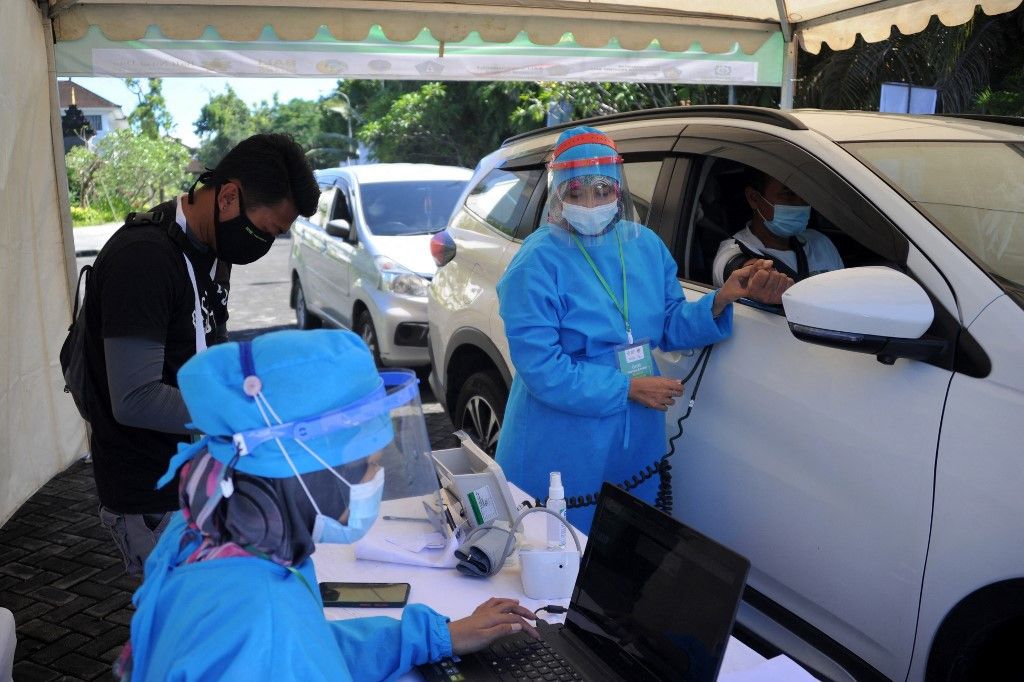 JAKARTA, March 21 (Jakarta Post/ANN): Indonesia is ready to roll out the Covid-19 vaccine made by British-Swedish firm AstraZeneca after a brief delay over blood clot concerns, as the country’s drug regulator and top Muslim clerical body have approved its use.

The Food and Drug Monitoring Agency (BPOM) announced that the vaccine was safe to use, a day after its European Union counterpart, the European Medicines Agency (EMA), had said that its benefits in preventing hospitalizations and deaths outweighed the risk of its side effects.

The EMA said the vaccine was not associated with an increase in the overall risk of blood clots.

The BPOM had reviewed the vaccine alongside several other institutions, like the National Commission on Post-Immunization Accidents (Komnas KIPI) and Indonesia’s Technical Advisory Group on Immunisation (ITAGI), BPOM spokesperson Lucia Rizka Andalusia said, adding that it had also consulted with the World Health Organisation and studied investigation reports from drug regulators of other countries.

“Covid-19 case numbers are still high. There may be adverse events [from the vaccines], but the risks of dying of Covid-19 are far higher. That’s why the people should still get the vaccine as scheduled,” Lucia thad announced.

According to the ministry, 6,065 more people were discharged from hospitals, bringing the total number of recovered patients to 1,290,790.

The virus has spread to all the country’s 34 provinces.

The dual-dose AstraZeneca vaccine can be used for people aged 18 years and above with an interval of between eight and 12 weeks.

It has an overall efficacy of 62.1 percent and adverse events from the trials are mild to moderate, starting from pains around the injection area to fever, according to Rizka.

More than 70 countries have authorized the vaccine for emergency use, the firm said, as the WHO has also granted it emergency use listing, allowing it to be distributed to over 100 countries through the multilateral initiative COVAX facility.

Indonesia is among the recipients from the facility, having received 1.1 million doses on March 8 and expecting another 10 million doses.

As countries recently halted its use, the WHO has called for continuation, saying that “venous thromboembolism is the third-most common cardiovascular disease globally.” Following its investigation, the EMA said around 20 million people in the United Kingdom and European countries had received the vaccine as of March 16, and that the agency had reviewed only seven cases of blood clots in multiple blood vessels and 18 cases of clots in the vessels draining blood from the brain, leading to nine deaths.

The events reported upon vaccination were lower than what would be expected in the general population, it said, noting however that further analysis might be necessary for very rare cases of unusual blood clots found in women under 55 years of age.

The Indonesian Ulema Council (MUI) has issued an edict strongly recommending its use, although its edict department head Asrorun Niam Sholeh made a point to note it was haram, or forbidden in Islam, because it was processed with pork-derived trypsin.

He said the vaccine could be administered due to the emergency situation, the fatal risk if people are not vaccinated, the insufficient supply of halal vaccines and assurances of its safety from the authorities.

But AstraZeneca said on Sunday its Covid-19 vaccine contains no pork-derived ingredients, countering an assertion in Indonesia, the world’s most populous Muslim nation, that the drug violates Islamic law.

AstraZeneca Indonesia director Rizman Abudaeri said in a statement: “At all stages of the production process, this virus vector vaccine does not use nor come in contact with pork-derived products or other animal products.”

The council and the country’s food and drug agency did not immediately respond to requests for comment. – The Jakarta Post/ANN/Agencies