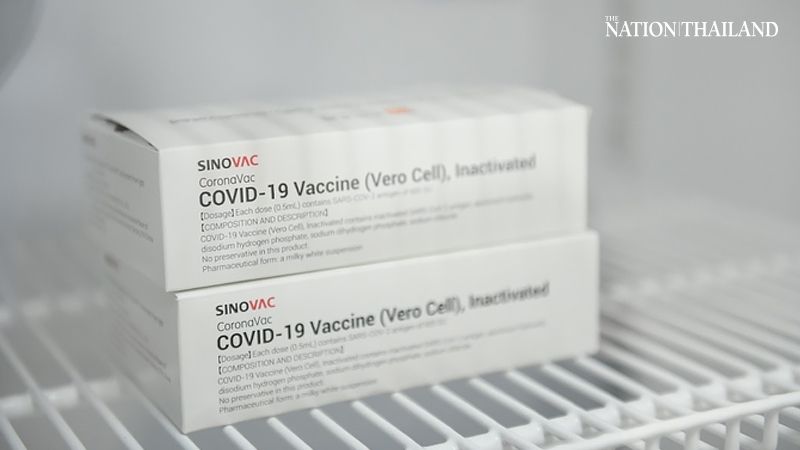 BANGKOK, March 14 (The Nation Thailand/ANN): The Centre for Covid-19 Situation Administration (CCSA) on Sunday reported 170 new cases, including 13 overseas travellers in quarantine facilities and one found to have sneaked in from the Thai-Malaysia border.

Of the 20 people exposed to the disease while visiting high-risk areas, 12 were in Samut Sakhon, followed by three each in Bangkok and Nakhon Pathom provinces, and two in Pathum Thani.

Meanwhile, proactive testing led to the discovery of 136 cases, 90 of them in Bangkok (45 Thais, 44 Myanmar nationals and one Nepali), 31 in Samut Sakhon (30 Myanmar and one Thai), 10 in Pathum Thani, three in Phetchaburi, and two in Narathiwat.

Of the overseas travellers found to be infected in quarantine facilities, 10 were Thais who had returned from the United Arab Emirates, Ghana, Egypt, Tanzania, France, United Kingdom and Malaysia, as well as, an American, a French and Pakistani from their respective countries.

One Myanmar national allegedly arrived illegally in Thailand via the border area with Malaysia on February 22 and tested positive on March 11 at Su-ngai Kolok Hospital. 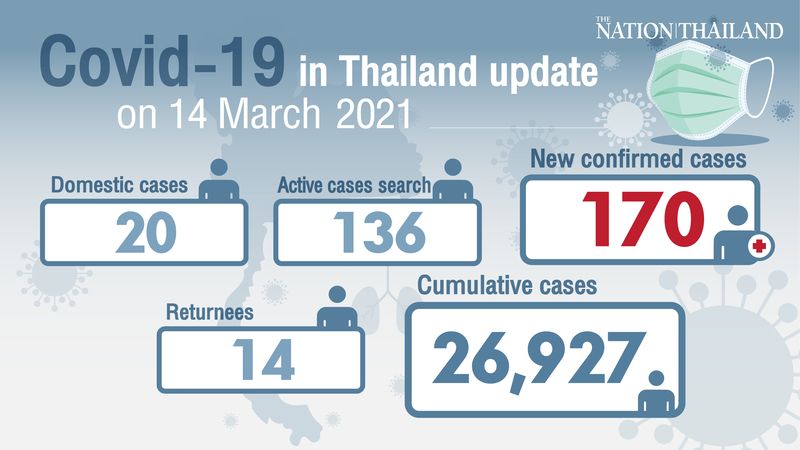 Meanwhile, 68 patients have recovered and been discharged.

Thailand ranks 116th on the global list of most cases, which is topped by the US with 30.04 million. Brazil with 11.43 million cases overtook India 11.36 million followed by Russia 4.38 million and the United Kingdom 4.25 million.