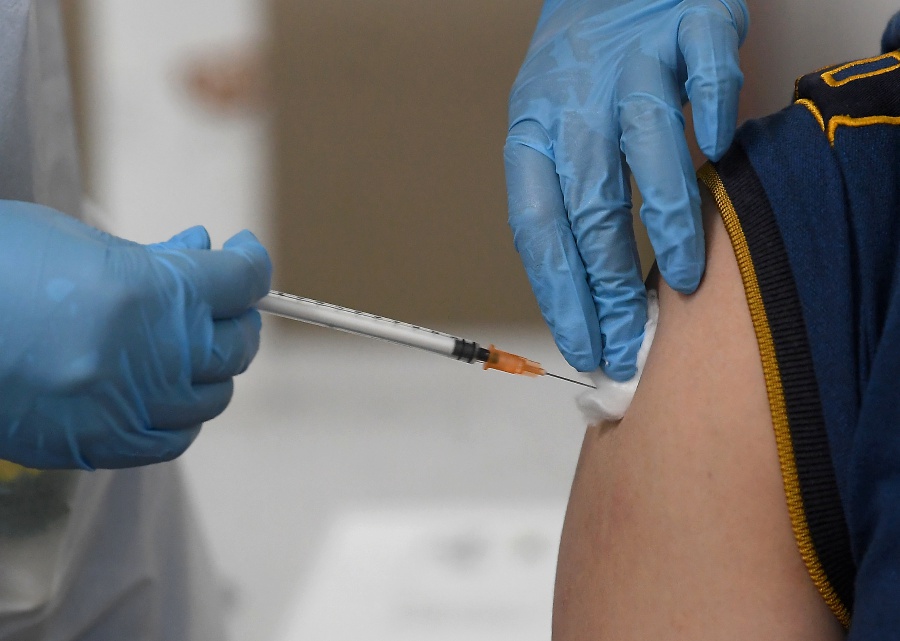 I WAS amused when I overheard a man in his 40s telling his friend that he did not have the MySejahtera app installed on his smartphone, while they were having breakfast at a restaurant on a Friday.

“So I assume you don’t want to be vaccinated?” the friend said. With a smirk, he replied: “I’m not excited about getting vaccinated.”

His friend shook his head and said: “You’re being silly. People are rushing to register for the vaccination but not you. Kau ingat kau ni kebal macam Superman ke?” (You think you’re invincible like Superman?)

I have heard far too many people adopting the tidak apa attitude. They are simply not bothered, thinking that they’re immune from Covid-19. While many expressed scepticism about the effectiveness of vaccines, others are jittery about the side effects. But more Malaysians are taking a wait-and-see attitude.

YOU MAY ALSO LIKE
MHC wants key concerns addressed before vaccine rollout
Covid-19 vaccine a product of national scientific excellence
‘Vaccination plan will revive tourism sector’
Khairy: Public to be sufficiently briefed on Covid-19 vaccine before rollout
Science, Technology and Innovation Minister Khairy Jamaluddin said this attitude was expected of Malaysians. Up to March 1, only six per cent, or 1.7 million, Malaysians have registered for the vaccination. The National Covid-19 Immunisation Programme is targeting 80 per cent of the country’s 32 million population, or 26.5 million individuals, to receive the vaccine.

While the government is heightening the immunisation campaign, it’s sad that there are Malaysians who are not psyched up about saving lives or at least comprehending the needs and wants of the #lindung diri, lindung semua tagline.

The registration for vaccination is snail-paced and we need to do a lot more to convince the others who are either indecisive or lack the right attitude towards immunisation. Let’s look at how other countries are faring. With Covid-19 vaccine rollouts well underway in some countries, I believe a return to normal life could come sooner than later.

According to official data collated by Our World in Data, a scientific online publication that focuses on large global problems, the rest of the countries are still well below 10 per cent of their population being vaccinated.

Malaysia is lucky to have received the first batch of 312,390 Pfizer-BioNTech doses on Feb 21. Some other countries have experienced serious delays and supply shortages that have made it difficult to distribute Covid-19 vaccine doses to their populations.

Even worse, some financially constrained countries are mired in polemics over which vaccines to choose since there are seven vaccines available for public use at this stage. Additionally, some of the vaccines require two doses, which adds extra time, costs and complexity to the process.

Due to supply shortages, up to mid-February, some 130 countries have not been able to begin vaccinating at all.

Some countries have begun vaccine distribution but could not start public immunisation due to internal political controversies.

When the Pfizer-BioNTech vaccine arrived in Malaysia, I could not imagine the sheer logistical challenge of doling out the vaccines, which was immense. To reach herd immunity, health experts estimate that 70 to 80 per cent of the country’s population will need to be vaccinated.

One key barrier to administering vaccines is the prevalence of vaccine hesitancy around the globe. Even in Germany, I have read news reports saying that many Germans have refused the AstraZeneca vaccine due to a belief in its ineffectiveness.

The United Kingdom, in its effort to lift all lockdown restrictions completely by the end of June, plans to vaccinate her population.

It is currently administering 384,059 doses per day.

While many countries have begun to immunise their populations and others have not been able to purchase doses yet, we have been lucky. I wonder why some of our countrymen are hesitating to be vaccinated, let alone registering themselves on the MySejahtera app to enter places like restaurants and sundry shops.