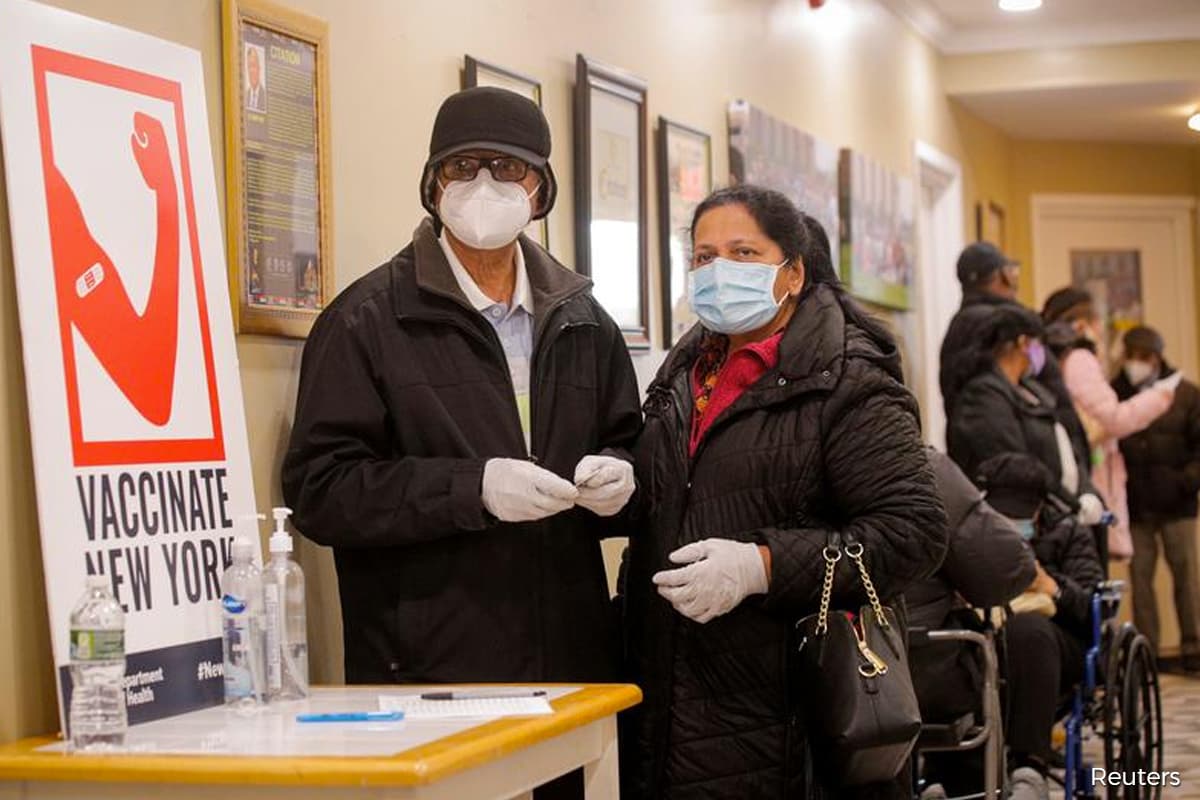 Dr. Jay Varma said it was premature to infer from laboratory results how effective the vaccines would be on the variant, echoing concerns of other scientists who questioned why preliminary studies are given to the media ahead of academics.

“We really don’t know enough about human immunity to draw those direct conclusions,” Varma said at a briefing along with the mayor. “That’s why we do clinical trials. That’s where we collect data continuously.”

Clinical trials of the vaccines, Varma noted, including those done in other countries, such as Brazil and South Africa, have shown that they are “incredibly effective” at preventing death and severe illness.

Highly contagious variants of the virus first discovered and now prevalent in South Africa, the United Kingdom, and Brazil have been spreading widely to other countries.

In the United States, where the virus has taken more than 500,000 lives over the past 13 months, new infections and deaths have been on the decline in recent weeks.

Hospitalizations – a key indicator for public officials worried about straining local healthcare systems – were down nearly 60% from their Jan. 6 peak at 53,938 patients, according to a Reuters tally.

Even with the declining trend, California reached a grim new milestone as its cumulative coronavirus death toll topped 50,000 on Wednesday, more than any other state, followed by New York, the early epicenter of the U.S. outbreak, with 46,871 fatalities to date.

The Centers for Disease Control and Prevention (CDC) had estimated that 45.2 million people in the United States have received at least one dose of the authorized two-shot COVID-19 vaccines from Pfizer Inc and partner BioNTech SE or from Moderna Inc. Johnson & Johnson’s one-shot vaccine is expected to be authorized for emergency use within days.

President Joe Biden, marking the 50 millionth dose to be given since he took office, said his administration plans to launch a massive campaign to educate Americans about coronavirus vaccines in anticipation of a period later this year when supply may outstrip demand because of vaccine hesitancy.

Biden alluded to skepticism in Black communities because of a history of “terrible medical and scientific abuse.”

“But if there is one message that needs to cut through, it’s this: the vaccines are safe and effective,” he said.

The New York variant, called B.1.526, represented about 12% of total positive tests from the Columbia Irving Medical Center, according to a report by researchers at Columbia University Vagelos College of Physicians and Surgeons.

Another study published online this week by the California Institute of Technology that also described the new variant found that it accounted for nearly 28% of all coronavirus genomes tested in New York state. Neither study has been peer-reviewed.

The Columbia researchers point out that B.1.526 shares some worrying characteristics with the South Africa and Brazil variants, which several studies have suggested are more resistant to some existing vaccines than earlier strains of the coronavirus.

Similar findings about a “homegrown” California variant were reported recently in two other studies ahead of peer review from Cedars-Sinai Medical Center in Los Angeles and the University of California at San Francisco.

Those researchers said the fast-spreading California variant may help explain the year-end holiday surge of cases in late 2020 that overwhelmed hospitals across much of the state, though some experts cautioned that more data was needed to substantiate such conclusions.

The CDC has identified more than 1,900 cases of coronavirus variants spread across most states in the country, mostly the B.1.1.7 variant first identified in the UK, which has been shown to be more transmissible than earlier versions of the virus.

Varma urged readers to be “a little skeptical” of reports of the latest studies, adding that not all variants rise to the level of public health concerns. He characterized the latest discovery as a “variant of interest” that should be studied more closely.

New York City Health Commissioner Dave Chokshi called the studies “quite exploratory with respect to the real-world effects,” adding that there is no indication that the new variant reduces vaccine effectiveness.