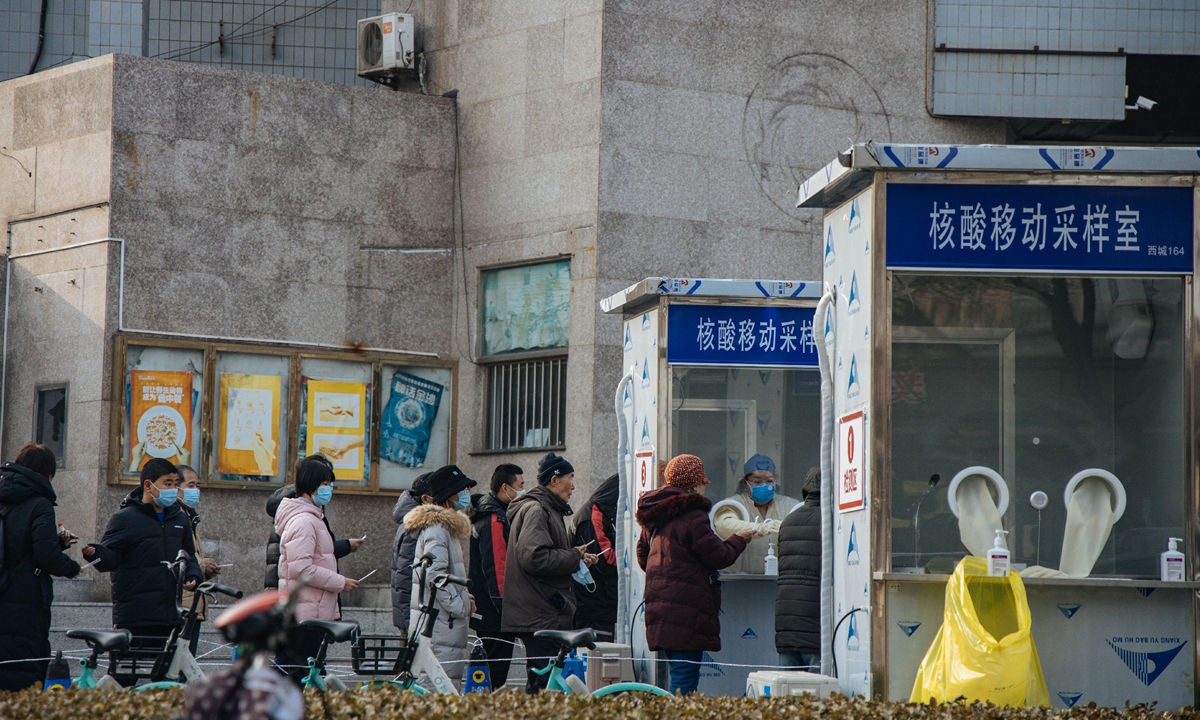 Li Tongzeng, a deputy director in charge of infectious disease at Beijing You’an Hospital, said that studies have shown that the coronavirus survives longer in the anus or excrement than those taken from upper body tracts, and for some silent carriers the virus may be present in their throats for 3 to 5 days, allowing some tests to provide false negative results.

Meanwhile, the testing method has been controversial among experts. Yang Zhanqiu, a deputy director of the pathogen biology department at Wuhan University, told the Global Times that since the virus has proven to be contracted via the upper respiratory tract rather than the digestive system, the most efficient tests are still nasal and throat swabs.

“There have been cases concerning the coronavirus testing positive in a patient’s excrement, but no evidence has suggested it had been transmitted through one’s digestive system,” Yang added.

Beijing will also conduct serum antibody tests for all inbound overseas travelers who have entered the Chinese capital city since December 10 in an effort to find the chain of transmission in the latest cluster infections in the capital’s Daxing district, the Beijing government said on Friday.

Chinese health experts said antibody tests for inbound travelers revealed that the outbreak in Daxing district began a month before the first case was reported on Sunday, and nucleic acid testing won’t be able to find the first patient.