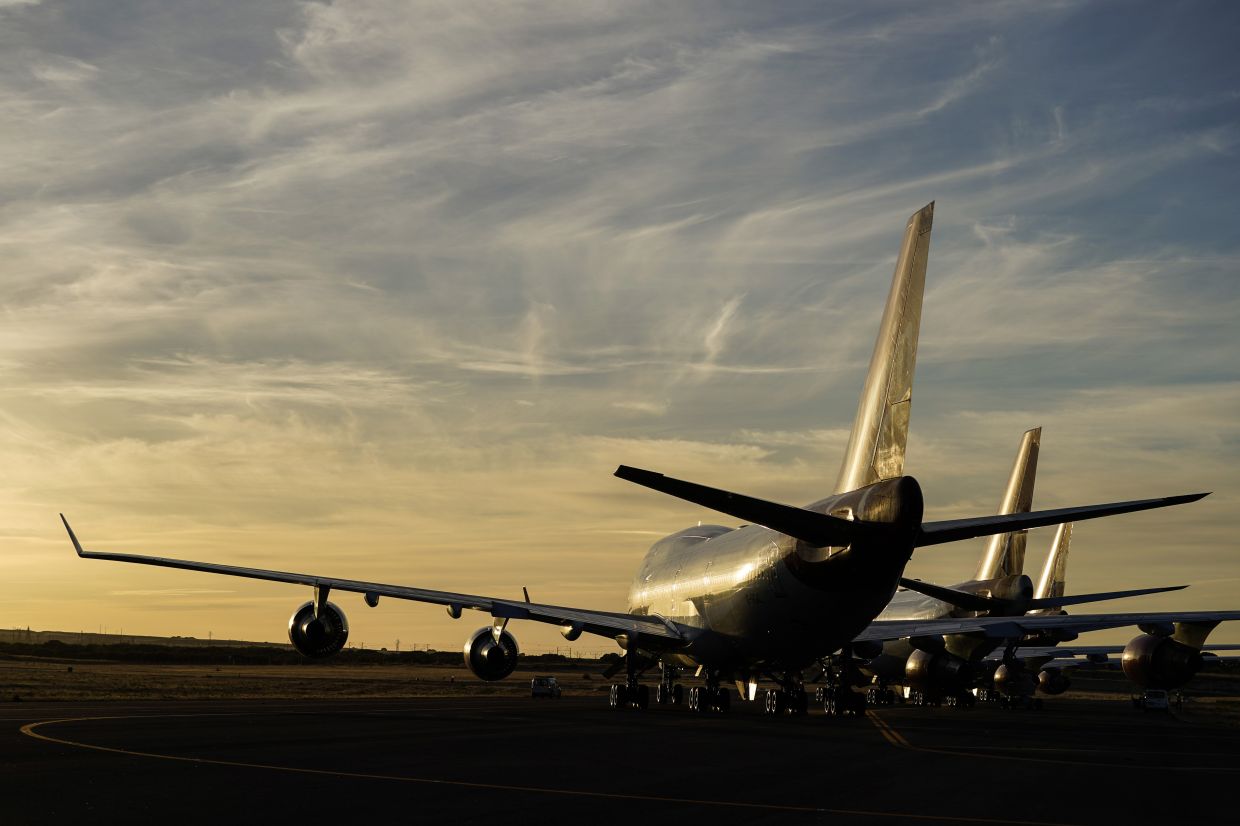 LONDON (AFP): European countries banned flights from the UK on Sunday (Dec 20) and the World Health Organisation (WHO) called for stronger containment measures as the British government warned that a potent new strain of the virus was “out of control”.

As the WHO urged its European members to strengthen measures against a new variant of Covid-19 circulating in Britain, the Netherlands imposed a ban on UK flights from 6:00am (0500 GMT) on Sunday and Belgium said it would follow suit from midnight with a ban on planes and trains from the UK.

Alarm bells were ringing across Europe – which last week became the first region in the world to pass 500,000 deaths from Covid-19 since the pandemic broke out a year ago – after it appeared that a new, even more infectious strain of the virus was raging in parts of Britain.

Germany, too, was considering a similar move as “a serious option” for flights from both Britain and South Africa, where another variant was discovered, according to a government source.

Italy will join the ban in order to protect its citizens, Foreign Minister Luigi Di Maio wrote on Facebook, without specifying when the measures would come into force.

Austria’s health ministry told the APA news agency that it would also impose a flight ban, the details of which were still being worked out.

A spokeswoman for WHO Europe told AFP that “across Europe, where transmission is intense and widespread, countries need to redouble their control and prevention approaches.”

British Prime Minister Boris Johnson said the infectiousness of the new strain had forced his hand into imposing a lockdown across much of England over the Christmas period.

“Unfortunately the new strain was out of control. We have got to get it under control,” UK Health Secretary Matt Hancock told Sky News after Johnson U-turned on his previously stated policy of easing containment measures over the festive season.

Scientists first discovered the new variant – which they believe is 70% more transmissible – in a patient in September.

And Public Health England notified the government on Friday when modelling revealed the full seriousness of the new strain.

But Britain’s chief medical officer Chris Whitty pointed out that while the new strain was greatly more infectious,”there is no current evidence to suggest (it) causes a higher mortality rate or that it affects vaccines and treatments, although urgent work is underway to confirm this.”

The novel coronavirus has killed at least 1,685,785 people since the outbreak emerged in China last December, according to a tally from official sources compiled by AFP at 1100GMT Sunday.

And with the onset of colder winter weather in the northern hemisphere where respiratory diseases flourish, countries are bracing for new waves of Covid-19 with tighter restrictions, despite the economic damage such lockdowns wrought earlier this year.

The Netherlands is under a five-week lockdown until mid-January with schools and all non-essential shops closed to slow a surge in the virus.

Italy also announced a new regime of restrictions until Jan 6 that included limits on people leaving their homes more than once a day, closing non-essential shops, bars and restaurants and curbs on regional travel.

In Russia, health authorities said that the number of people who have died from the coronavirus has surpassed the 50,000 mark and now stands at 50,858.

The rapid rollout of vaccinations is now seen as the only effective way to end the crisis and the economically devastating shutdowns used to halt its spread.

Europe is expected to start a massive vaccination campaign after Christmas following the United States and Britain, which have begun giving jabs with an approved Pfizer-BioNTech shot, one of several leading candidates.

Russia and China have also started giving out jabs with their own domestically produced vaccines.

The United States on Friday (Dec 18) authorised Moderna’s Covid-19 vaccine for emergency use, paving the way for millions of doses of a second jab to be shipped across the hardest-hit country in the world.

It is the first nation to authorise the two-dose regimen from Moderna, now the second vaccine to be deployed in a Western country after the one developed by Pfizer and BioNTech.

The Wall Street Journal reported that US lawmakers had agreed on pandemic spending powers for the Federal Reserve late Saturday (Dec 19), clearing the way for a vote on a roughly US$900bil Covid-19 relief package for millions of Americans.

The deal would maintain the central bank’s ability to set up emergency lending programmes without congressional approval, the Journal said, but the Fed would require approval to restart existing CARES Act programmes once they expire at the end of this year. – AFP