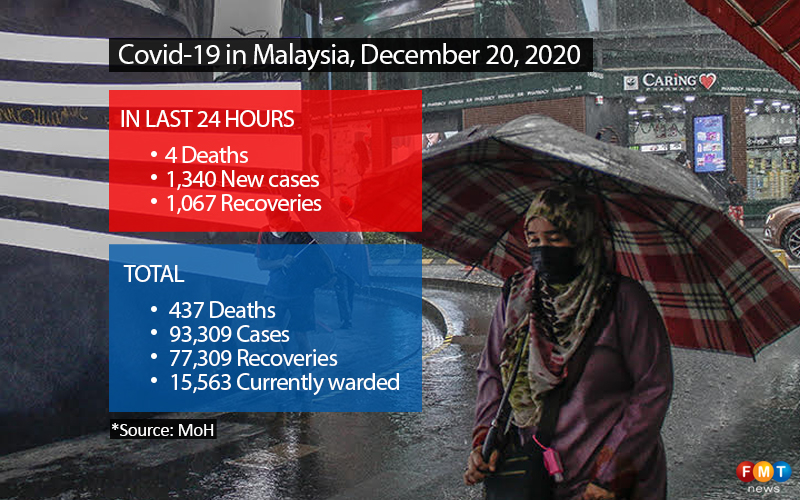 PETALING JAYA: The health ministry has reported 1,340 Covid-19 cases and four deaths in the past 24 hours.

Health director-general Dr Noor Hisham Abdullah said there were 1,067 recoveries, bringing the total number of those discharged to 77,309.

There are 15,563 active cases, with 116 patients being treated in intensive care and 57 requiring respiratory assistance.

Meanwhile, the four deaths mean the death toll has increased to 437.

The dead comprised a foreigner and three Malaysian men aged 63 to 78. Two of them died in Sabah and the others in Selangor and Penang.

All three Malaysians had a history of chronic illnesses, although the foreigner did not have any existing medical conditions.

Selangor continued to record the highest number of cases today with 441 infections, followed by Kuala Lumpur with 284 and Sabah with 196.

Negeri Sembilan and Johor recorded a spike of 169 and 156 cases respectively, while Penang reported 30 new infections.

Perlis was the only state that did not report any new Covid-19 cases.