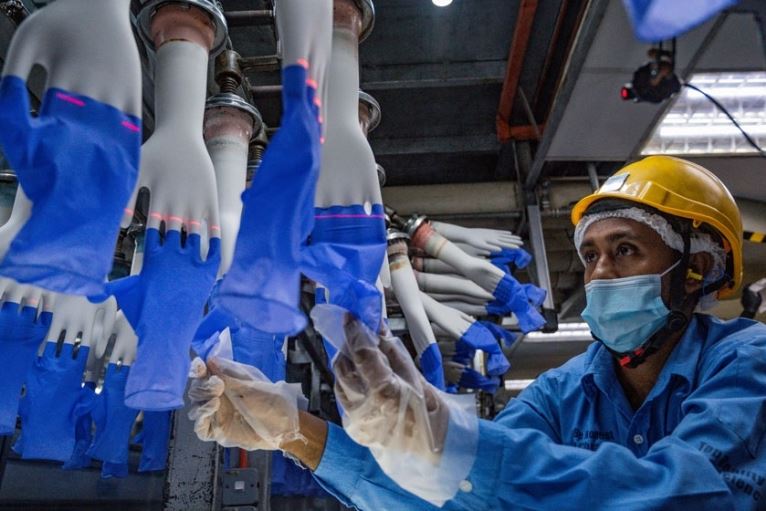 Malaysia’s Top Glove Corp reported on Monday that one of its workers died after contracting COVID-19, the first death since an outbreak at its dormitories and factories.

The world’s largest glove maker told the Reuters news agency in an email that the 29-year-old worker from Nepal died on Saturday due to COVID-19 pneumonia with lung fibrosis.

He had worked at its manufacturing facility in Klang, 40 kilometres (25 miles) west of the capital Kuala Lumpur, for more than two years, the firm said.

The outbreak at Top Glove’s facilities in which more than 5,000 workers tested positive was Malaysia’s largest cluster. The company said it first detected infections on November 2 among workers who took mandatory pre-flight tests in preparation to return home.

As the number of infections rose sharply, the government put in place strict movement controls and ordered the manufacturer to shut its affected factories in stages last month, to assist in screening and quarantine.

Workers told Reuters that social distancing during work was difficult to maintain and not consistently enforced. Dormitory conditions were also often cramped, with up to 20 people in some rooms.

Last week, the manufacturer said during a financial results call that 94 percent of workers tested were now fit to return to work.

The company had last month temporarily suspended operations at 16 of its factories, with the other 12 operating at reduced capacity after the government ordered a staggered closure of the factories.

“The safety and wellbeing of our employees and local community is our utmost priority towards containing the situation and to flatten the COVID-19 curve,” Top Glove said at the time.

Top Glove’s shares have soared nearly 310 percent in 2020, but have fallen sharply from their October high as it discovered coronavirus cases among its workers.