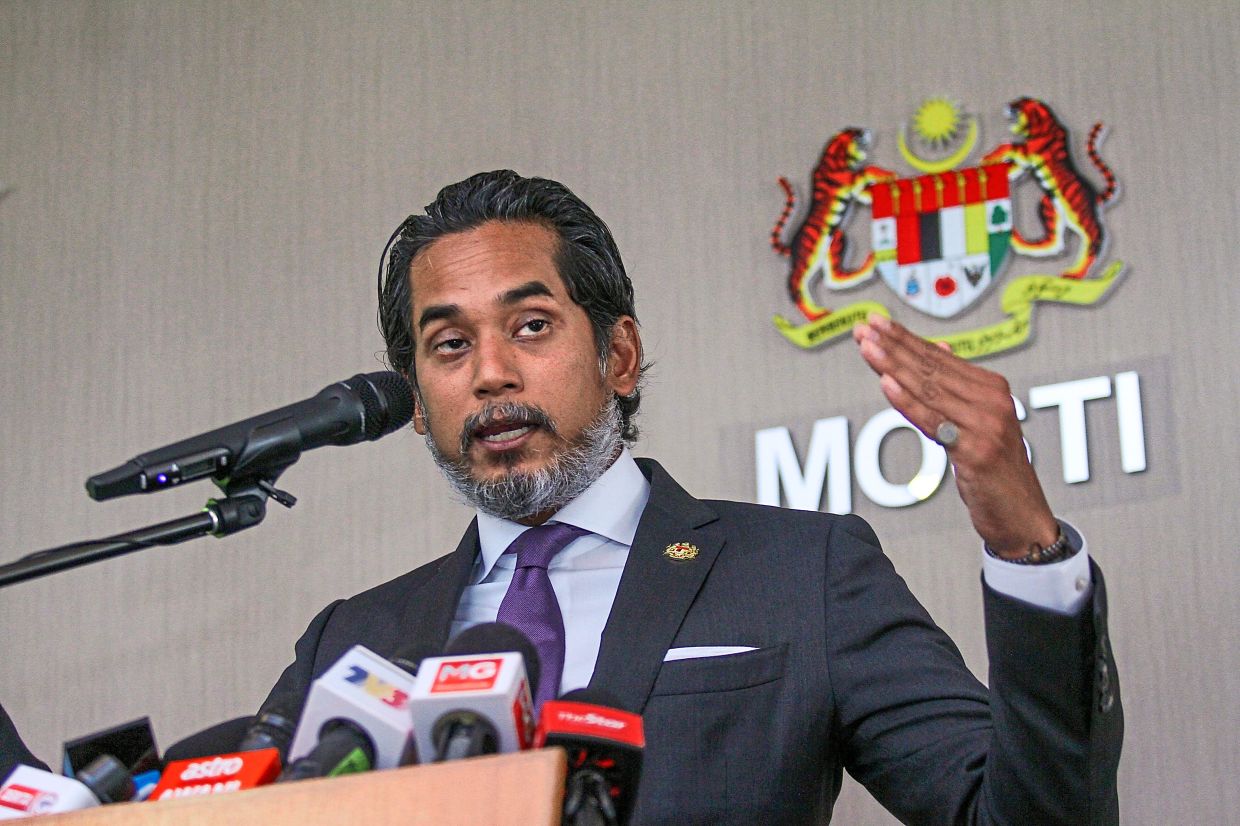 PETALING JAYA: Attempting to acquire natural herd immunity against Covid-19 would mean that a lot of people will get sick, pushing the healthcare system beyond its limit, says Khairy Jamaluddin (pic).

The Science, Technology and Innovation Minister said that even though the healthcare infrastructure is sufficient to handle the present number of positive cases, the government must do everything possible to protect people from getting sick and needlessly losing lives.

“Allowing people to get sick and possibly die is extremely irresponsible, ” he said on Wednesday (Dec 12) in a statement responding to Gua Musang MP Tengku Razaleigh Tengku Hamzah who said that alternatives to vaccines should be considered.

Razaleigh had in his statement recently quoted former Pfizer vice-president Dr Mike Yeadon, who said that we do not need vaccines as people are acquiring natural herd immunity.

Khairy said that Dr Yeadon’s views have been marked as inaccurate under Health Feedback, which is a member of the WHO-led Vaccine Safety Net (VSN) project.

“Perhaps the Gua Musang MP would like to check the veracity of the sources he quotes when preparing a statement, ” said Khairy.

As for the safety of the vaccine, Khairy said that the government takes the issue very seriously.

He said that one of the main objectives of the first two phases of clinical trials is safety.

“Every vaccine must pass these two phases and must be proven safe before they can enter phase three, ” he said, adding that they would ensure that all the vaccines Malaysia buys are safe, efficacious, and stable.

Khairy said that all vaccines would need to be approved and registered by the National Pharmaceutical Regulatory Agency (NPRA) before vaccinations, with Malaysia having some of the most rigorous standards in the world.

As for the effectiveness of the vaccine, Khairy said that at the moment none of the vaccines in phase three trials have sufficient data to demonstrate sterilising immunity, which shows that infections can be prevented.

He added that more information would be available as trials progress but the data that has been shared showed the vaccines being developed is efficacious in preventing the disease.

“This is important because the first objective of the vaccination strategy is to prevent people from getting sick or die from Covid-19.

“By preventing the disease, we can also possibly slow down infections because there is evidence showing infectivity is highest at the onset of symptoms.

“It is then hoped that when enough people are vaccinated, herd immunity will be achieved, protecting the remainder of the population that have not been or cannot be given the vaccine, ” he said.

As for the fast-tracking of the vaccine, Khairy said that this was due to several factors including the evolution of science and technology and global collaboration.

On potential side effects, Khairy said that muscle pain, fever and fatigue are common side effects for many vaccines but that the NPRA would review all safety data independently to ensure the vaccines are safe for use in Malaysia.

Khairy also denied that the vaccine cost per dose is RM234, saying that it was ludicrous.

He said that while he was not able to reveal the exact price for the Pfizer vaccine, it was “significantly” less than RM100 per dose.

“Based on our current negotiations to acquire a portfolio of vaccines, we are still within our estimate of RM3bil to acquire enough doses to cover 70% of our population. The Pfizer deal clearly has not used up the entire allocation as recklessly alleged by the Gua Musang MP, ” said Khairy.

Khairy said that Razaleigh’s statement contained a lot of baseless allegations, misrepresentations, and wrong facts that had to be answered in detail.

Khairy said that their present focus is the safety, efficacy, and stability of the Covid-19 vaccine.

“That is why we will vigorously defend the independence of the NPRA to assess Pfizer’s clinical data as they make it available before we use the vaccine in Malaysia.

“I continue to welcome questions on this very important global and national endeavour to vaccinate as many people as possible, ” he said.