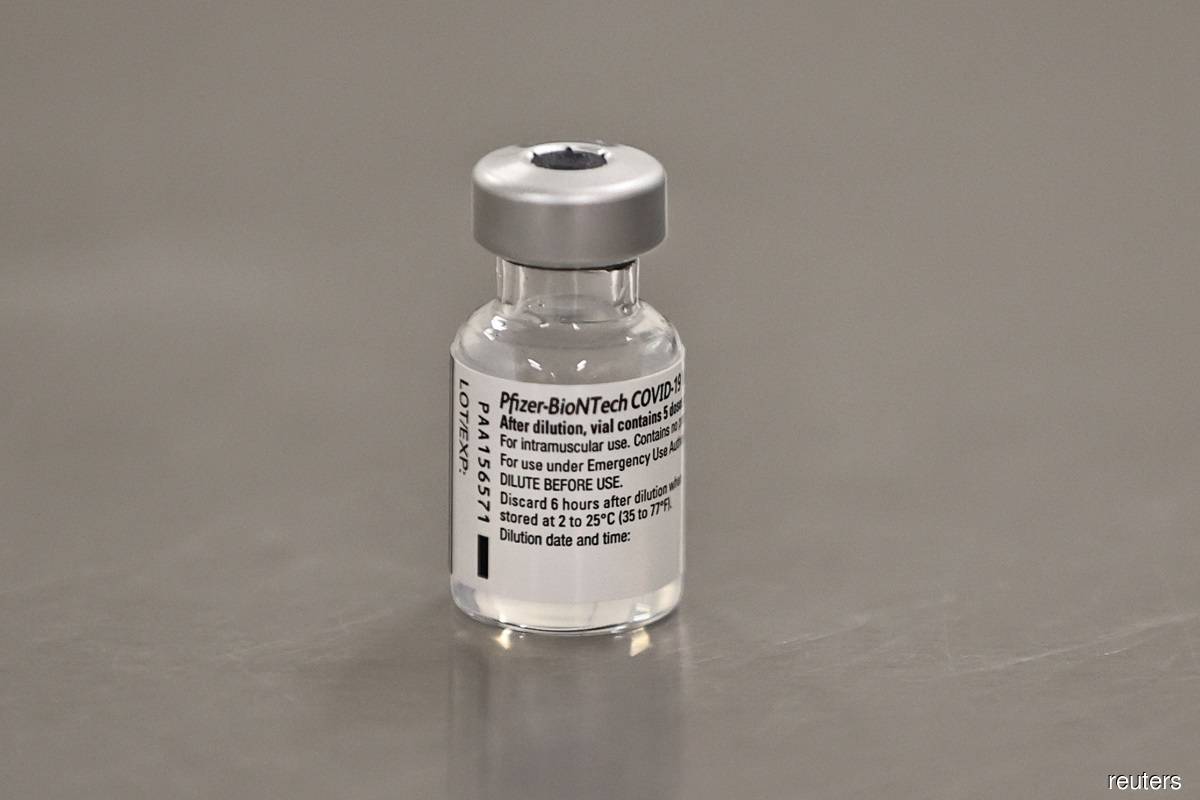 BENGALURU/NEW YORK (Dec 8): Pfizer Inc cleared the next hurdle in the race to get its Covid-19 vaccine approved for emergency use on Tuesday, after the US Food and Drug Administration (FDA) released documents that raised no new issues about its safety or efficacy.

Pfizer and German partner BioNTech SE said last month that their coronavirus vaccine’s two-dose regimen was 95% effective against Covid-19 and had no major safety issues and asked the FDA for emergency use authorisation.

The vaccine’s efficacy and safety data met its expectations for emergency use authorisation, FDA staff said in documents released ahead of a Thursday meeting of outside experts to the FDA who will discuss whether to recommend the Pfizer shot for people aged 16 and older.

Jefferies analyst Michael Yee said in research note that the documents were “very simple and straightforward, which we think will lead to approval imminently”.

The agency typically follows the recommendations of its advisory panels but is not required to do so. It is not clear as to how many days or weeks the FDA will take to make a decision, but states are prepping for vaccine deliveries in mid-December.

The documents were released on the day Britons began getting the Pfizer/BioNTech vaccine, the world’s first recipients outside of clinical trials.

“There are no surprises here. The efficacy and the safety is consistent with what we heard and what we hoped for. It does look like the vaccine is safe, at least in the short term,” said Dr. Daniel Culver, chair of Pulmonary Medicine at Cleveland Clinic, in an interview. He said the data showing it was as effective in older people as in younger people, was reassuring.

Pfizer shares rose nearly 2% and BioNTech’s US shares were up 2.5% in early trading.

Pfizer Chief Executive Albert Bourla said on Tuesday that he expects a “very intense” meeting with a US vaccine advisory panel this week, but is counting on the panel of outside experts to sign off on his company’s Covid-19 vaccine candidate.

“I think they will vote ‘yes’, given the strength of the data,” Bourla said at a conference hosted by a pharmaceutical industry group.

Protection after one shot

Data from the trial showed that the vaccine began conferring some protection to recipients, even before they received the second shot, the FDA said. The effect became most pronounced about 14 days after people received the first shot.

The agency’s staff noted that more data would be needed to assess the potential of a single-dose shot. It said the efficacy after dose 1 and before dose 2 was around 52%.

A two-dose vaccination was highly effective in preventing confirmed cases of Covid-19 at least seven days after the last dose, FDA staff said.

The FDA staff also said that available data, while limited, suggested that people who had been previously infected with the new coronavirus could benefit from vaccination. Very few cases of confirmed Covid-19 occurred among participants with evidence of infection prior to vaccination, though more of those that did were in the placebo group than the vaccine group, the staff said.

FDA staff also said that the trial, which was designed to look at effectiveness against Covid-19, did not produce data to answer the question of if it also stopped infection.

In terms of safety, the FDA staff said there was currently insufficient data to make conclusions about the safety of the vaccine in people below 16 years of age, pregnant women and those with compromised immune systems.

There were a total of six deaths in the 44,000 person trial, with two deaths among those who got the vaccine and the rest in those who received a placebo, the documents showed. All deaths represent events that occur in the general population at a similar rate, FDA staff said.