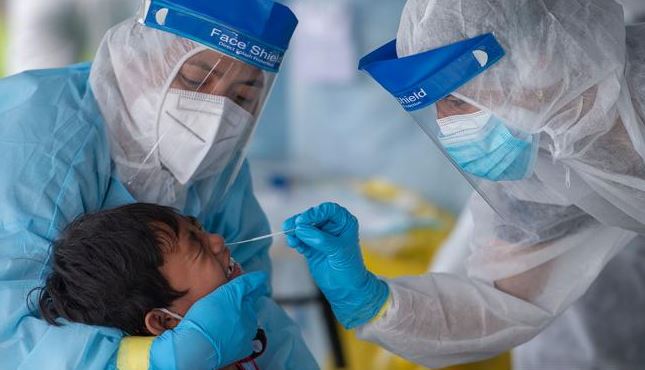 The number of patients requiring ventilator support has reached the highest levels over the past two months.

[For 14-day cumulative new cases count at mukim (locality) level, click here. For details of new cases by clusters, click here. There may be delays to updates by the respective state health departments.]

In the Klang Valley regions of Selangor, Kuala Lumpur and Putrajaya, 57.7 percent of new cases are of known origin – from clusters, close contacts to Covid-19 positive indivuals and returned from abroad.

However, 218 cases, or 42.3 percent of new cases in this region were categorised under “other screenings”,  an umbrella term for screenings on people with symptoms, pre-surgery screening, workplace screenings and pre-departure screenings, among others.

This region accounted for half of the new cases followed by Sabah (26.8 percent) and Johor (10.7 percent).

Four deaths were reported in Sabah. The cumulative Covid-19 death toll for Sabah has reached 224 or 57.7 percent of the national total (388).

Details of the victims are as follows:

Of the 1,012 new cases today, seven were imported. A breakdown of the new cases are as follows:

Labuan, Malacca, Terengganu and Perlis did not report any new cases.

The Health Ministry reported that there were 185 active Covid-19 clusters of which 41 reported new cases.

The largest number of new cases was from the Teratai cluster (78), which is linked to Top Glove’s worker dormitories. This cluster has spread among the community.

The second-largest number of new cases were from the Batu Tujuh cluster (52) in Johor followed by the Ria-30 cluster (33) which originated in Tuaran, Sabah.

The Tapak Bina Darul cluster involved the Titiwangsa, Cheras and Lembah Pantai districts in Kuala Lumpur, along with the Petaling, Sepang, Kuala Langat and Klang districts in Selangor, as well as the Seremban district in Negeri Sembilan.

The index cases were detected through targeted screening at a construction site. Fourteen cases have been detected so far.