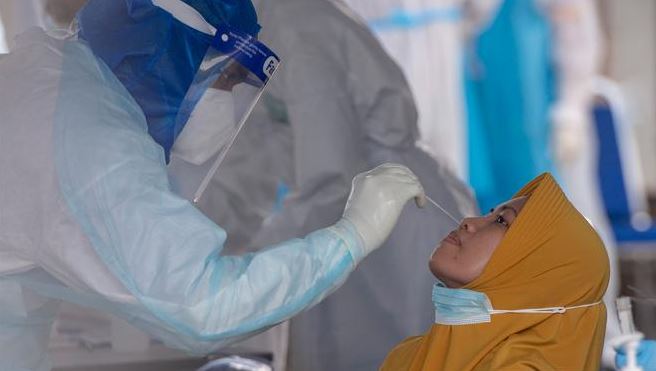 Most of the new cases (500) in Negeri Sembilan were from the Bakti cluster, which involved a prison.

However, the Klang Valley region as a whole (Selangor and Kuala Lumpur) had the most number of cases in the country (574 cases or 35.8 percent).

In Selangor, close to two-thirds or 276 out of 426 new cases were detected through “other screenings”, which is an umbrella term for screenings on people with symptoms, pre-surgery screening, workplace screenings and pre-departure screenings, among others.

The Health Ministry also announced that there were 187 active Covid-19 clusters in the country, of which 51 reported new cases.

The largest number of new cases from clusters were from the aforementioned Bakti cluster (500 cases) followed by the Batu Tujuh (53) and Tembok cluster (49).

Two new clusters were identified today. The Malawati cluster involved the Kuala Selangor district in Selangor. There are 14 cases attributed to this cluster so far, where the index case was diagnosed on Dec 7 after reporting symptoms.

The Tapak Bina Awan Lembah cluster involved the Lembah Pantai and Titiwangsa districts in Kuala Lumpur as well as the Klang district in Selangor. There are 35 cases attributed to this cluster so far. There are two index cases who were detected through workplace screening.

[For 14-day cumulative new cases count at mukim (locality) level, click here. For details of new cases by clusters, click here. There may be delays to updates by the respective state health departments.]

Two deaths were reported in Sabah. The cumulative Covid-19 death toll for Sabah has reached 220 or 57.3 percent of the national total (384).

Details of the two victims – both Malaysians with comorbidities – are as follows:

Of the 1,600 new cases today, three were imported. A breakdown of the locally-transmitted cases are as follows: