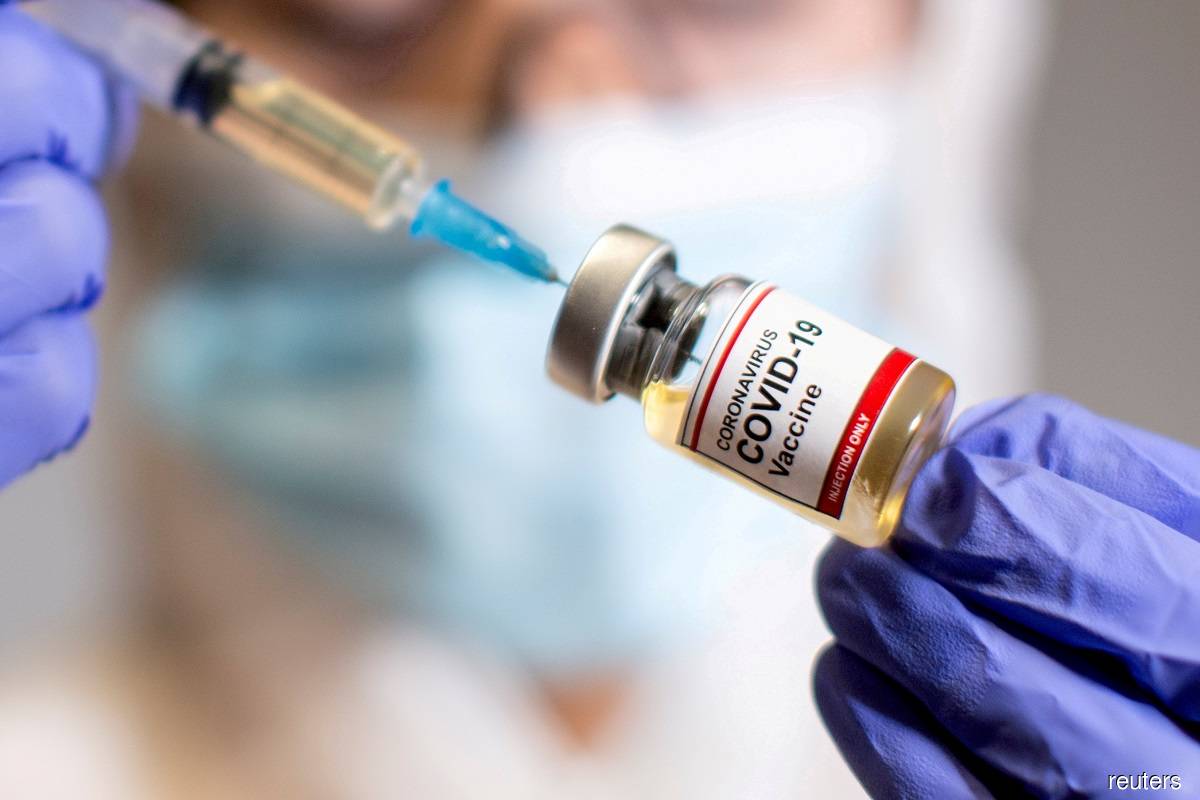 NEW YORK (Dec 2): Britain today became the first Western country to approve a Covid-19 vaccine, jumping ahead of the United States and Europe after its regulator cleared a shot developed by Pfizer and BioNTech for emergency use in record time.

Pfizer, with partner BioNTech SE, and rival Moderna have released trial data showing their Covid-19 vaccines to be about 95% effective at preventing the illness, while AstraZeneca last month said its vaccine was on average about 70% effective.

The companies have said distribution could begin almost immediately after any approval, with governments around the world to decide who gets them and in what order. The following is an outline of the process:

When will companies roll out a vaccine?

Pfizer, Moderna, and AstraZeneca have already started manufacturing their vaccines, and the Pfizer-BioNTech vaccine will be rolled out from early next week in Britain.

The US Department of Defense and the Centers for Disease Control and Prevention (CDC) will manage distribution in the United States, with some 20 million people expected to be inoculated by the end of the year.

Some 60 million to 70 million doses of Covid-19 vaccine could be available per month beginning in January and most Americans will have access to shots by mid-2021, the government said yesterday.

In the European Union (EU), it is up to each country in the 27-member bloc to start distributing vaccines to their populations.

Who would get an approved vaccine and when in the United States?

Upon authorisation from the US Food and Drug Administration (FDA), the CDC has said first in line for vaccinations would be about 21 million healthcare workers and three million residents in long-term care facilities.

The FDA is set to meet on Dec 10 to discuss whether to recommend emergency use authorisation of the Pfizer/BioNTech vaccine.

Essential workers, a group of 87 million people who do crucial jobs that cannot be done from home, are the likely next group. These include firefighters, police, school employees, transport workers, food and agriculture workers, and food service employees.

Around 100 million adults with high-risk medical conditions and 53 million adults over the age of 65, also considered at higher risk of severe disease, are the next priority.

US public health officials said vaccines would be generally available to most Americans in pharmacies, clinics, and doctor offices starting in April so that anyone who wants a shot can have one by the end of June.

It is unclear when a vaccine will be available for children. Pfizer and BioNTech have started testing their vaccine in volunteers as young as 12.

When will a vaccine be available in other countries?

Britain could start a roll-out of the Pfizer-BioNTech vaccine this month. The country had ordered 40 million doses — enough for just under a third of the population.

Older care home residents and their carers will be the highest priority to receive the vaccine, followed by those over 80 years of age and front line health workers.

The EU, Japan, Canada, and Australia are all running rapid vaccine regulatory processes.

The EU drugs regulator, the European Medicines Agency, said it could give conditional marketing approval for Pfizer’s vaccine by Dec 29 and make a decision on Moderna’s by Jan 12.

Most countries in the region have said the first vaccines would go to the elderly and vulnerable and front line workers.

Many of AstraZeneca’s doses this year are expected to go to Britain, where health officials have said that if approved they could begin vaccinating people in December.

Countries said they are buying vaccines via the European Commission’s joint procurement scheme, which has deals for six different vaccines and nearly two billion doses.

Delivery timelines vary and most countries are still drawing up plans for distributing and administering shots.

Italy expects to receive the first deliveries of the Pfizer-BioNTech shot and AstraZeneca’s shot early next year. Spain plans to give vaccines in January.

In Bulgaria, the country’s chief health inspector expects the first shipments in March-April. Hungary’s foreign minister said doses would land in the spring at the earliest.

Germany, home to BioNTech, expects to roll out shots in early 2021 with mass vaccination centres in exhibition halls, airport terminals, and concert venues. It will also use mobile teams for care homes.

COVAX, a programme led by the World Health Organization and the GAVI vaccine group to pool funds from wealthier countries and non-profits to buy and distribute vaccines to dozens of poorer countries, has raised US$2 billion.

Its first goal is to vaccinate 3% of the people in these countries with a final goal of reaching 20%. It has signed a provisional agreement to buy AstraZeneca’s vaccine, which does not require storage in specialised ultra cold equipment like the Pfizer vaccine.

It is expected, but not certain, that less wealthy countries in Africa and Southeast Asia, such as India, will receive vaccines at low or no cost under this programme in 2021. Other countries, such as those in Latin America, may buy vaccines through COVAX. Several are also striking supply deals directly with drugmakers.

How much will it cost?

Vaccine makers and governments have negotiated varying prices, not all of which are public. Governments have paid from a few dollars per AstraZeneca shot to up to US$50 for the two-dose Pfizer regimen. Many countries have said they will cover the cost of inoculating their residents.