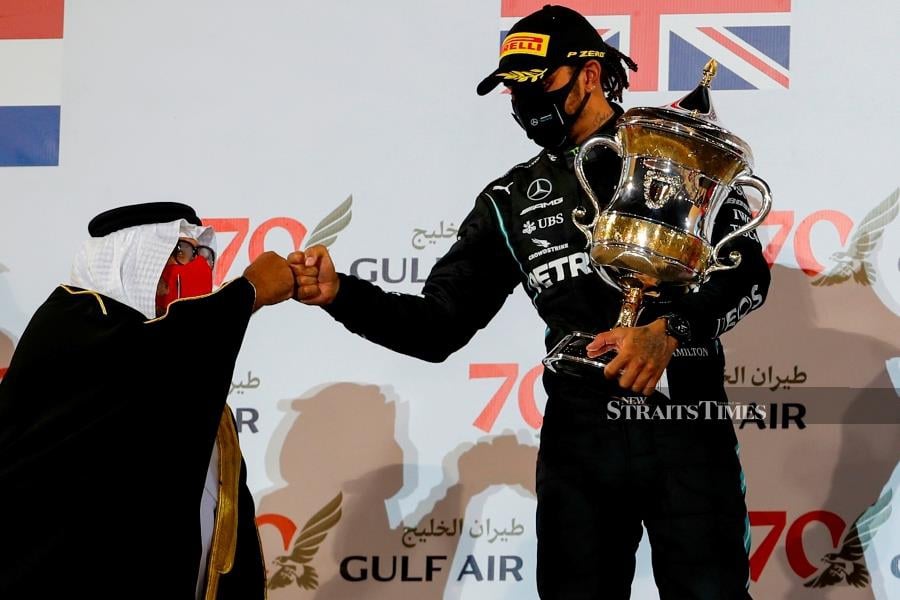 “In accordance with Covid-19 protocols and public health authority guidelines in Bahrain he (Hamilton) is now isolating,” said an FIA statement.

“The procedures set out by the FIA and Formula 1 will ensure no wider impact on this weekend’s event.”

Hamilton, who on Sunday won the Bahrain Grand Prix, the first of back-to-back races in the Gulf state, has already secured a record-equalling seventh world championship this season.

“He woke up on Monday morning with mild symptoms and was informed at the same time that a contact prior to arrival in Bahrain had subsequently tested positive,” a statement from Hamilton’s Mercedes team said.

“Lewis therefore took a further test and returned a positive result. This has since been confirmed by a retest.

“Lewis is now isolating in accordance with Covid-19 protocols and public health authority guidelines in Bahrain.

“Apart from mild symptoms, he is otherwise fit and well, and the entire team sends him its very best wishes for a swift recovery.”

The team added that Hamilton had been tested three times last week and returned a negative result each time as part of the sport’s strict anti-virus protocols, the last of which was on Sunday afternoon at the Bahrain circuit. – AFP