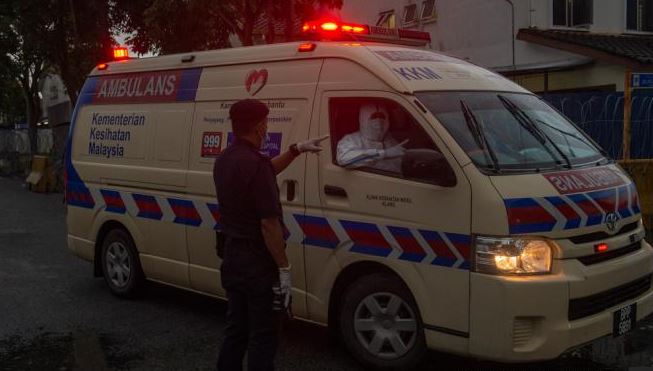 Half of the new cases were from the Teratai cluster alone, which is linked to the Top Glove factory in Klang, Selangor.

This was because the majority of new transmissions were emerging from construction sites and factories.

In the case of Selangor, he said 87.3 percent of new cases in the state were from the Teratai cluster alone.

Another 6.2 percent of new cases in the state were attributed to “other screenings”, which means they were detected through means such as workplace screening, pre-surgery screening and screening after reporting symptoms, among others.

In other words, “other screening” refers to hitherto cases of unknown origin.

All three deaths were reported in Sabah. The cumulative Covid-19 death toll for the Borneo state has reached 212 or 58.4 percent of the national total.

Details of the victims are as follows:

Patient 33,004 – Malaysian female, 64, passed away at the Tawau Hospital. Had comorbidity.

Patient 64,750 – Malaysian male, 51, passed away at the Queen Elizabeth Hospital in Kota Kinabalu. Had comorbidity.

Of today’s 1,472 cases, five were imported. A breakdown of the new cases are as follows:

The states of Pahang, Malacca, Terengganu and Perlis along with the territories of Putrajaya and Labuan did not report any new infections.

There are 180 active Covid-19 clusters of which 33 reported new cases. The aforementioned Teratai cluster saw an increase of 778 cases followed by the Hentian cluster (118) and Batu Tujuh cluster (37).

The Hentian cluster involved the Kajang bus station which was under an enhanced movement control order (MCO) lockdown, while little is known on the Batu Tujuh cluster aside from that it currently involved two districts in Johor.

The Health Ministry classified two new clusters. The View Kolombong cluster currently has 40 infections involving the Kota Kinabalu and Tuaran districts in Sabah. The index case was diagnosed on Dec 1 after developing symptoms.

The Talang-Talang cluster has 18 cases so far involving the Kota Kinabalu district in Sabah. The index case was diagnosed on Nov 23 after developing symptoms.