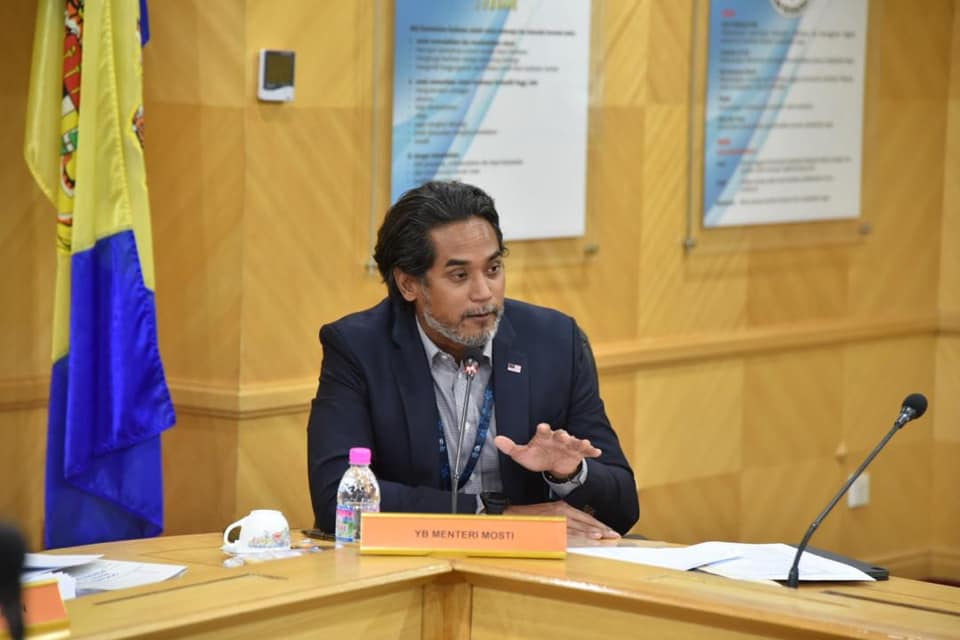 It is unclear if the science, technology, and innovation minister means that Pfizer will be in charge of delivering its vaccine right up to the end user, going beyond just shipping it to one central location in Malaysia; child vaccination under Malaysia’s National Immunisation Programme is handled by public health clinics that provide shots to infants brought by their parents to these facilities.

Khairy, who is also co-chairperson of the Covid-19 Vaccine Supplies Access Guarantee Special Committee (JKJAV) was responding to Sungai Pelek assemblyman Ronnie Liu, who questioned Health Minister Dr Adham Baba and Khairy on Malaysia’s preparedness in storing a vaccine that has a storage temperature of -70 degrees’ Celsius.

Khairy, in his statement today, responded by saying that Malaysia has ultra-low temperature freezers available in universities and research institutes.

“As for ultra-cold storage, we have ultra-low temperature freezers in universities and research institutes in the country which can be redeployed, if necessary,” Khairy said.

“Pfizer has also shown that the vaccines are stable at two to eight degree Celsius for five days.”

The Pfizer-BioNTech vaccine will have a shelf life of six months when stored at sub-zero temperatures, but it can only be stored up to five days at normal fridge temperature of two to eight degree’s Celsius.

Pfizer and BioNTech announced previously that their BNT162b2 vaccine was 95 per cent effective in preventing symptomatic Covid-19 infection, based on a final analysis of their Phase 3 trial of more than 43,000 volunteers. Pfizer also said it has developed special thermal shippers, which use dry ice to maintain a temperature of minus 70 degrees’ Celsius, that can be used as temporary storage units for the vaccine for 15 days by refilling with dry ice.

Khairy also pointed out that Malaysia will not be getting 12.8 million doses of Pfizer’s vaccine one shot, as delivery will be staggered throughout one year in 2021.

“Our planning for storage will take the delivery schedule into consideration,” Khairy said.

Last Friday, Prime Minister Muhyiddin Yassin announced that Malaysia has signed its first Covid-19 vaccine agreement — with US pharmaceutical giant Pfizer and its German partner BioNTech to purchase 12.8million doses of their mRNA vaccine to immunise 20 per cent of the population.

Khairy, in his statement, said that the cost of the vaccine is covered by a non-disclosure agreement as each country directly negotiates with the US pharmaceutical giant, Pfizer.

“I can categorically confirm that it is definitely less than the RM100 per dose as assumed by the state assemblyman.”

The Pfizer-BioNTech vaccine is reportedly priced at US$19.50 per dose, a price sold to the United States. If this is also the price Malaysia is paying, then the government would be paying US$249.6 million (RM1 billion) for 12.8 million doses.

Khairy said that the prime minister had already pledged that the government will fund the Covid-19 vaccine for the public to reach their target of vaccinating 70 per cent of the population to reach herd immunity.

“The Malaysian government has set aside at least RM3 billion solely for this purpose,” Khairy said.

Opposition Leader Anwar Ibrahim has previously questioned in Parliament the whereabouts of the purported RM3 billion allocation for Covid-19 vaccines, noting there was no record of it in Budget 2021.

Khairy also stated that the government has not been rushing to sign deals with vaccine manufacturers, pointing out that they have been negotiating with manufacturers since April 2020, which was when the government announced its Science Diplomacy strategy.

The minister also said that this is just the first of many vaccine deals that the government is considering.

“Negotiations are ongoing, including with vaccine manufacturers from China (including the manufacturer which the state assemblyman strongly champions),” Khairy said.

However, Khairy stressed that the vaccines must be deemed safe and efficacious by the National Pharmaceutical Regulatory Agency (NPRA) under the Ministry of Health (MOH) before any agreement is executed and before the vaccination process begins.

Moreover, Khairy said that there will not just be one pharmaceutical company providing coronavirus vaccines for the entire Malaysian population.

“This is why the multi-pronged approach to procure a portfolio of vaccines is significant in order to obtain enough doses to meet our herd immunity target of 70 per cent of the population.”

Sungai Pelek representative Liu also claimed that some medical doctors in the West have spoken strongly against the Pfizer vaccine, claiming it will alter a person’s DNA. The coronavirus vaccines by Pfizer and Moderna will be the world’s first vaccines to use messenger-RNA (mRNA) technology by providing the genetic code for human cells to produce viral proteins.

Khairy explained that Pfizer’s mRNA vaccine instructs the body to produce one of the proteins on the surface of the coronavirus; the viral protein doesn’t cause disease. Then, the immune system is expected to learn to recognise the viral protein and produce antibodies against it.

“That’s all the mRNA vaccine does. It does not alter your DNA,” Khairy stressed.

In his letter, Liu also questioned Khairy’s involvement in negotiations of Covid-19 vaccines, when vaccines come directly under MOH’s purview.

“We are taking a whole-of-government approach to the Covid-19 crisis. It is all hands-on deck,” Khairy said.

“Every one of my Cabinet colleagues is involved in this effort to get us through this pandemic.”

Khairy said that the Ministry of Science, Technology and Innovation (MOSTI) is involved in vaccine negotiations as the ministry in charge of biotechnology. He pointed out that the Malaysia Genome Institute under MOSTI is producing whole genome sequencing and bioinformatics analysis to detect mutations in the genome from Covid-19 samples.

He also said that MOSTI is in the process of developing a National Vaccine Roadmap and the National Institutes of Biotechnology (NIBM) Malaysia, under MOSTI, is collaborating with multiple foreign research institutes in vaccine development research and development as well.