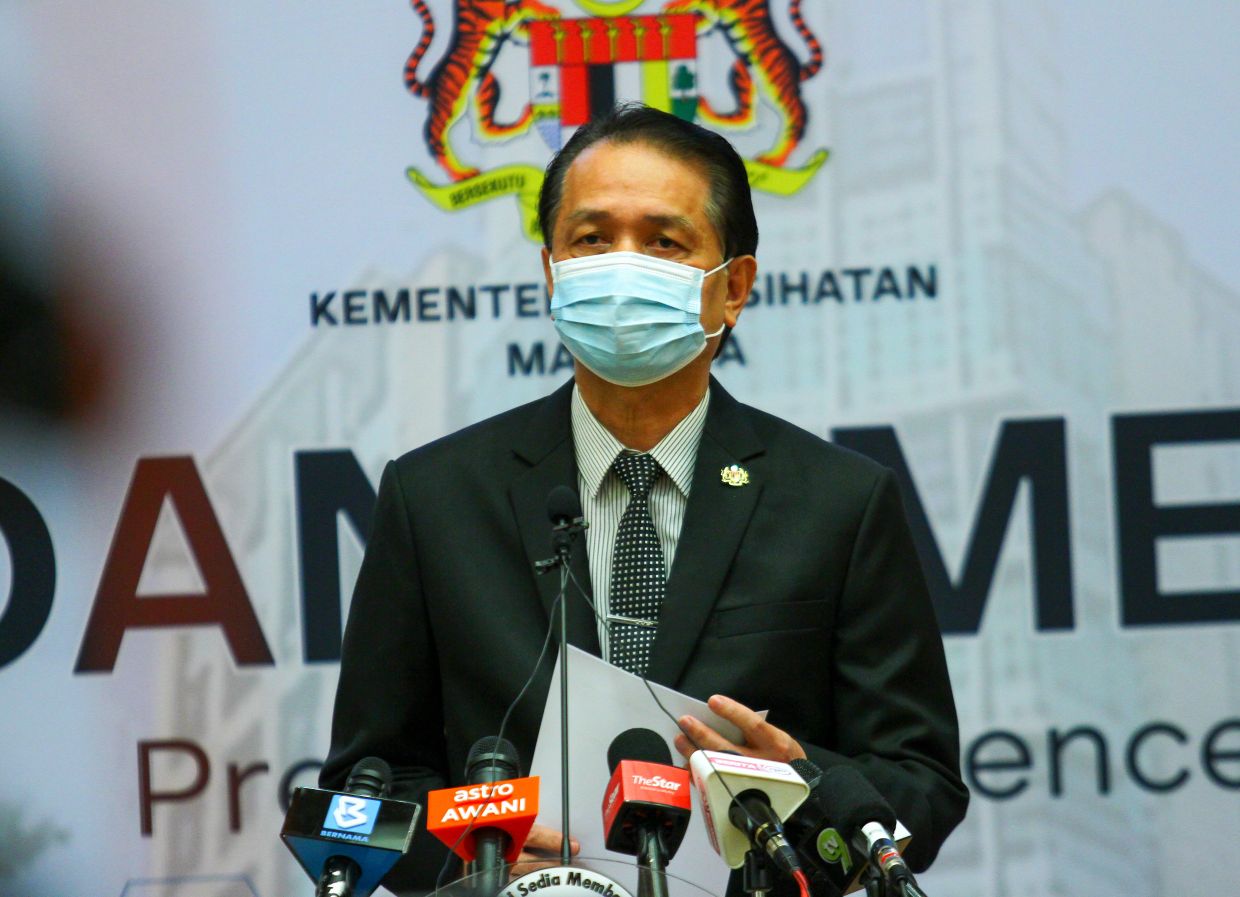 PETALING JAYA: The Health Ministry has declared the end of five Covid-19 clusters in the country, but three more emerged in their place.

Health director-general Tan Sri Dr Noor Hisham Abdullah said the five clusters that have been declared over were the Sofi, Tapah Prison, Kapor, Jambu and Meldrum clusters, while the three new clusters are Jalan Lapan in Selangor and Kuala Lumpur, Batu Sembilan in Selangor and Nibong in Johor.

“The index case in the Jalan Lapan cluster tested positive on Nov 25 through screenings of symptomatic individuals. Currently, 25 cases have been recorded in this cluster.

“There are currently 10 cases in the Nibong cluster,” he said.

“There were 153 cases from the Perigi cluster, while the Bintang and Cergas clusters recorded 71 and 66 cases, respectively,” he said.

Meanwhile, there were 18 new cases in the Teratai cluster in Klang, which is linked to workers of Top Glove Corporation Bhd.

It remains the biggest cluster in the third wave with 4,278 cases.

Separately, Dr Noor Hisham also said the idea to create green bubbles to allow quarantined or infected workers to work in specific areas away from healthy workers was not a feasible one.

He said the Ministry had received proposals for it, but the experience of managing the Sivagangga cluster in the second wave showed that there was always a risk of quarantined workers being infected after initially testing negative.

“Learning from this experience, we cannot allow them to work while they are under quarantine. Once they are discharged after 14 days, they can return to work,” he said.

Dr Noor Hisham also said the government is expected to receive the clinical reports of the third phase of testing on one of the potential Covid-19 vaccine next week.

“We are waiting for it and once it is proven effective with minimal side-effects, it can be registered with authorities such as the Food and Drug Administration in the United States and the National Pharmaceutical Regulatory Agency in Malaysia,” he said.

He said the government is in negotiation with 10 companies, including Pfizer and BioNTech, for the potential Covid-19 vaccine but did not reveal which pharmaceutical company will be submitting its clinical report to the government next week.

He said the government has taken proactive steps to procure the vaccines in advance so as not to be caught in a bind as it did when the country was experiencing a second wave of infections and needed crucial equipment such as ventilators and personal protective equipment (PPE).

“At least, now there is an agreement that allows us to book the vaccines in advance,” he said.