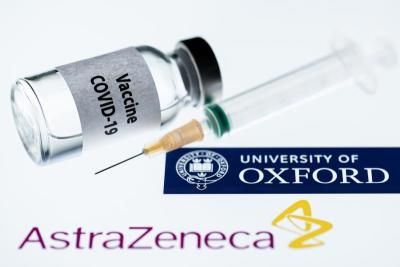 FRANKFURT/LONDON (Reuters): A stroke of good fortune from a dosing error will pave the way for AstraZeneca and Oxford University to submit their Covid-19 vaccine for regulatory clearance.

The British drugmaker said on Monday (Nov 23) that the vaccine could be around 90 per cent effective, when administered as a half dose followed by a full dose a month later, citing data from late-stage trials in Britain and Brazil.

“The reason we had the half-dose is serendipity,” Mene Pangalos, the head of AstraZeneca’s non-oncology research and development, told Reuters.

A larger group who had received two full doses — as planned — resulted in an efficacy read-out of 62 per cent, leading to an overall efficacy of 70 per cent across both dosing patterns.

Around the time when Astra was initiating its partnership with Oxford at the end of April, university researchers were administering doses to trial participants in Britain.

They soon noticed expected side effects such as fatigue, headaches or arm aches were milder than expected, he said.

“So we went back and checked… and we found out that they had under-predicted the dose of the vaccine by half,” said Pangalos.

He added the company decided to continue with the half dose and administer the full dose booster shot at the scheduled time.