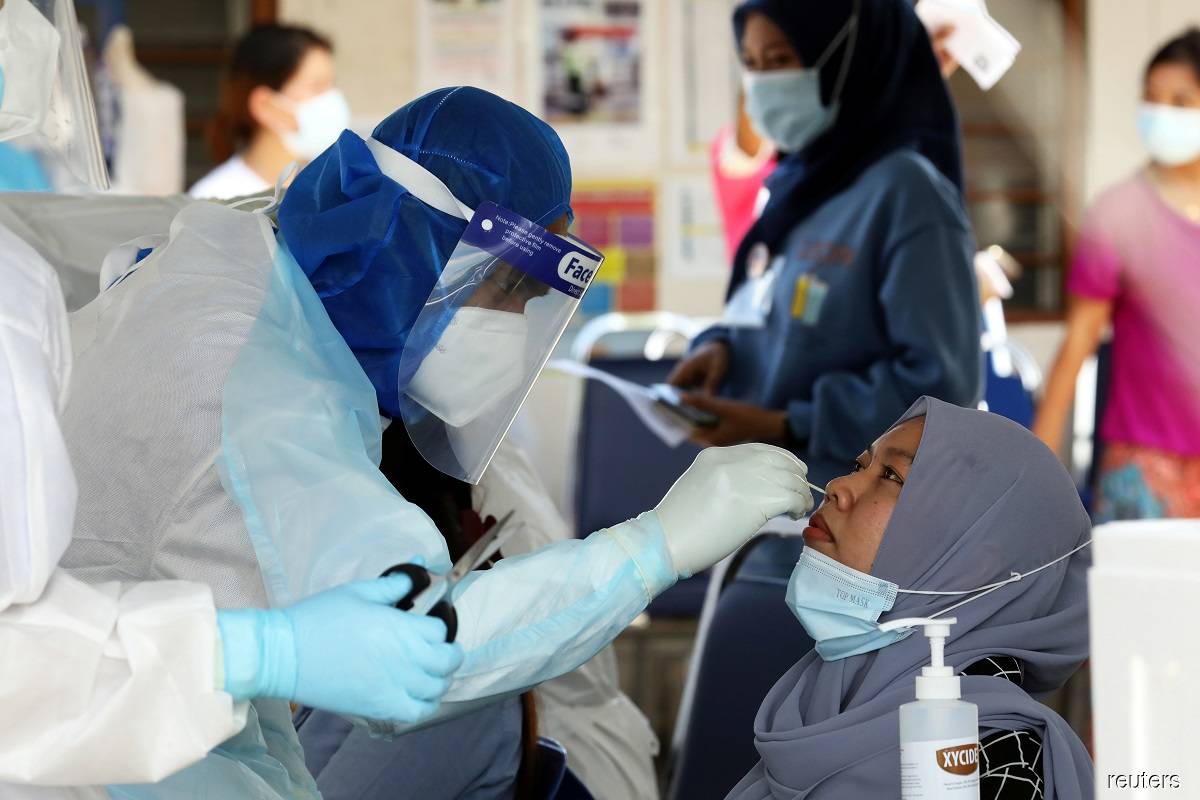 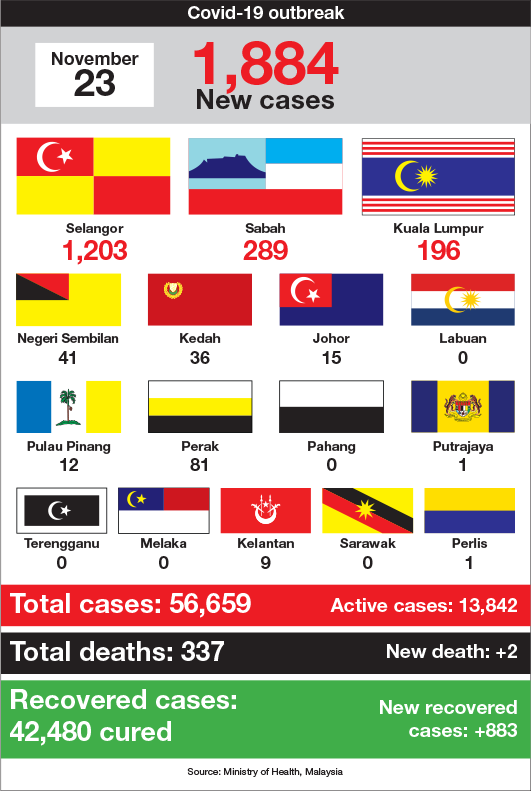 KUALA LUMPUR (Nov 23): The Ministry of Health (MOH) reported 1,884 new confirmed Covid-19 cases as of noon today — the highest daily number of new cases, of which 1,203 cases were in Selangor.

Sadly, Selangor, the country’s most populous state, set the highest record of 1,203 new cases in a single state. The highest number recorded in Sabah was 1,199 on Nov 6.

“The spike of cases in Selangor was contributed by several clusters linked to the workplace, including the Teratai cluster with 1,067 cases and the Damanlela cluster with 105 cases,” said Health director-general Tan Sri Dr Noor Hisham Abdullah at a media briefing today. 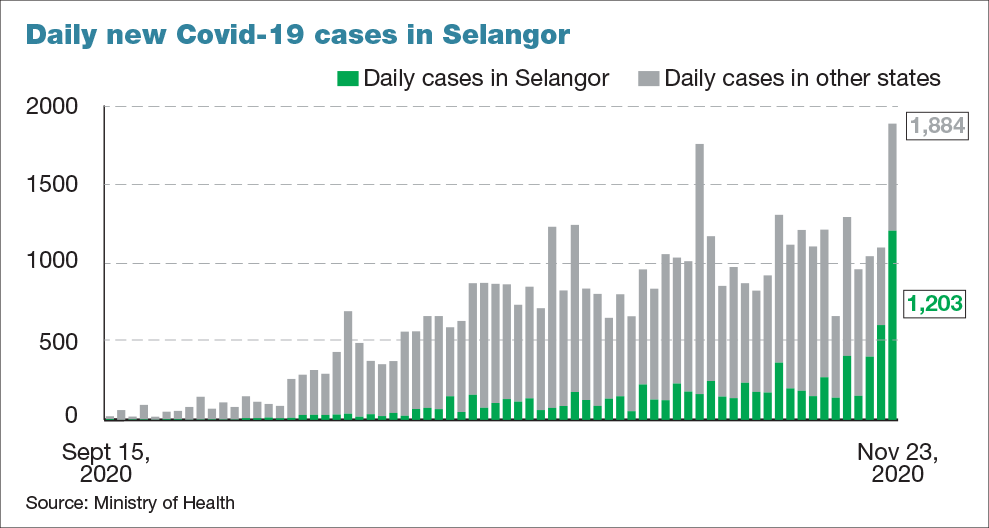 Sabah reported 289 new cases, of which 164 came from screening of close contacts of Covid-19 patients, according to Dr Noor Hisham.

The MOH announced that the number of active cases that carry high transmission risks continued to soar to 13,842, the worst level seen since the pandemic hit the country in January, as new infections outnumbered the recoveries.

There were 883 recoveries as of noon today. A total of 115 patients were in intensive care units with 48 needing ventilators.

There were two new deaths, bringing the country’s total deaths related to the pandemic so far to 337.

The two deaths were reported in Sabah, involving an 80-year-old man who died in Duchess of Kent Hospital. The other involved a 58-year-old woman who was pronounced dead at Sabah Women & Children Hospital as the patient had several health problems such as high blood pressure, heart disease and chronic obstructive pulmonary disease.

Among the new infections, only two were imported cases.