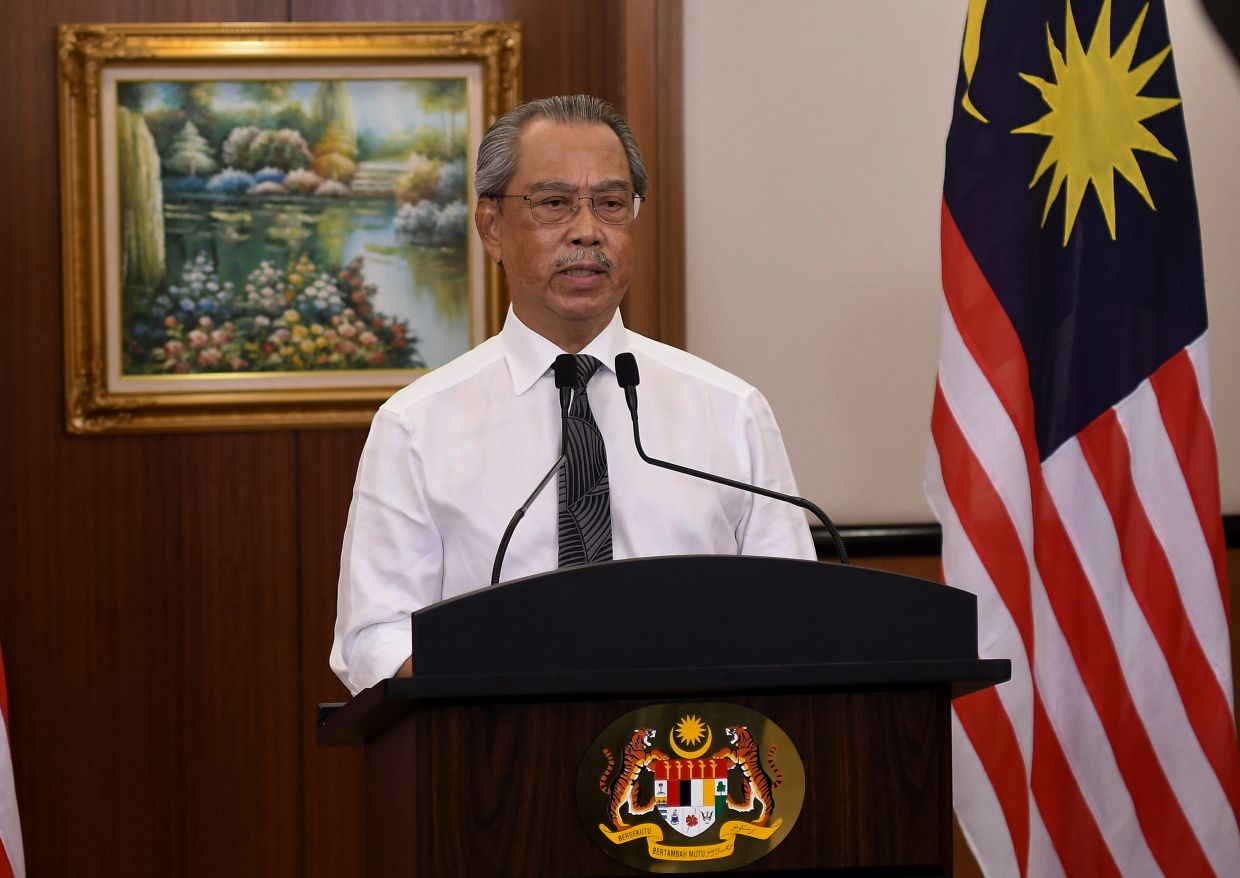 PETALING JAYA: Tan Sri Muhyiddin Yassin has admitted that the Sabah state elections in September was the cause of the third wave of Covic-19 infections in the country.

Explaining the emergency declaration in Batu Sapi that would enable the postponement of the by-election there, the Prime Minister said that although the Election Commission (EC) had set a tight standard operating procedure (SOP) for the elections, compliance was very weak, making the epidemic hard to control.

Muhyiddin said that Cabinet had discussed in detail the effects of the Batu Sapi by-election if it were to be held while the Covid-19 pandemic was still contagious in Sabah in a meeting on Nov 13.

“In making this consideration, the Cabinet took into account the consequences of the Covid-19 transmission in Sabah following the elections in September, ” he said in a live address on Wednesday (Nov 18).

Yang di-Pertuan Agong Al-Sultan Abdullah Ri’ayatuddin Al-Mustafa Billah Shah had agreed to declare a state of emergency in Batu Sapi to cancel the by-election that was scheduled there for Dec 5.

Muhyiddin also said that the EC faced constraints in getting election workers as they were concerned about getting infected while on duty.

He said that as at Nov 6, the EC had only succeeded in appointing 143 election officials, which is only 17.1% of the 837 workers needed for the by-election.

Muhyiddin stressed that the by-election would be held when the pandemic was over.

He also said the Cabinet had sought the views of the Attorney General on the best way in terms of legislation and the Federal Constitution to postpone the by-election to another date.

The Constitution states that any vacancy in Parliament must be filled within 60 days unless Parliament is to be dissolved within two years.

“There is no curfew or military-style government in Batu Sapi. The government administration, economic activities and social activities can continue subject to the practice of new norms and regulations as well as the SOP under the conditional movement control order in Sabah, ” said Muhyiddin.

He is believed to have died due to a lung infection.

The EC then declared Nov 23 as nomination day, set Dec 1 for early polls and Dec 5 for the by-election.