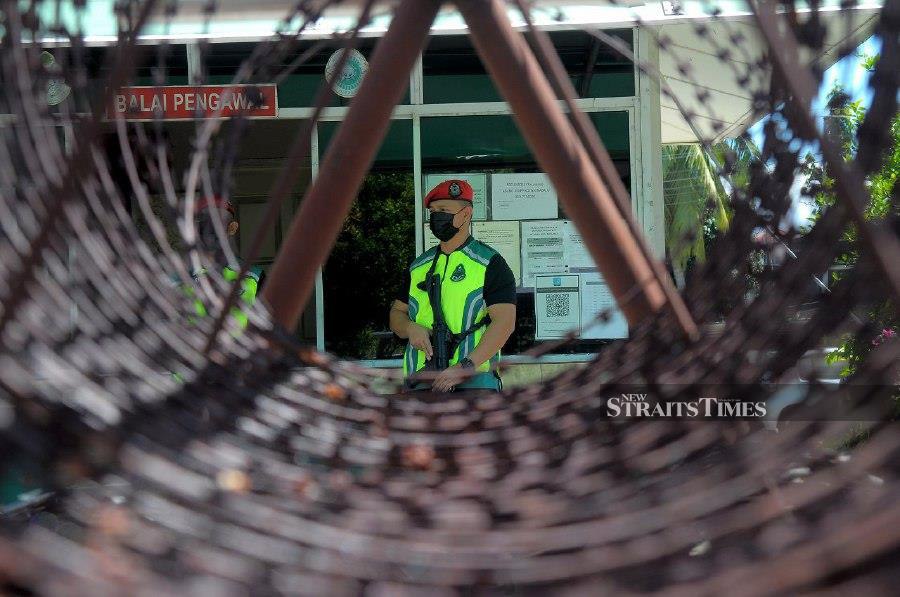 PETALING JAYA: Two foreign men who were confirmed positive for Covid-19 were charged in a lockup and a hospital ward respectively, through the ‘Zoom’ video-conferencing application.

A 33-year-old Bangladeshi who is currently being held in a lockup here was charged with absconding after he was tested positive for Covid-19.

He was alleged to have committed the offence at a project site in Kota Damansara here at 10pm on Oct 22.

The charge under Section 269 of the Penal Code provides for a maximum jail term of six months, or a fine, or both, if convicted.

No plea was recorded from the accused who was unrepresented, as he did not understand Bahasa Melayu.

Magistrate M. Barath set Feb 8 next year for mention in the presence of an interpreter.

Meanwhile, a 43-year-old Indian national who was detained in a hospital ward for being Covid-19 positive pleaded not guilty to living in Malaysia without a valid permit.

He was alleged to have commited the offence at Persiaran Margosa Bandar Sri Damansara here at 6.30pm on Nov 2.

According to Section 6 (1) (c) of the Immigration Act 1959/63 he can be punished under Section 6 (3) of the same Act which provides a maximum fine of RM10,000 or imprisonment for up to five years and whipping of not more than six times, if convicted.