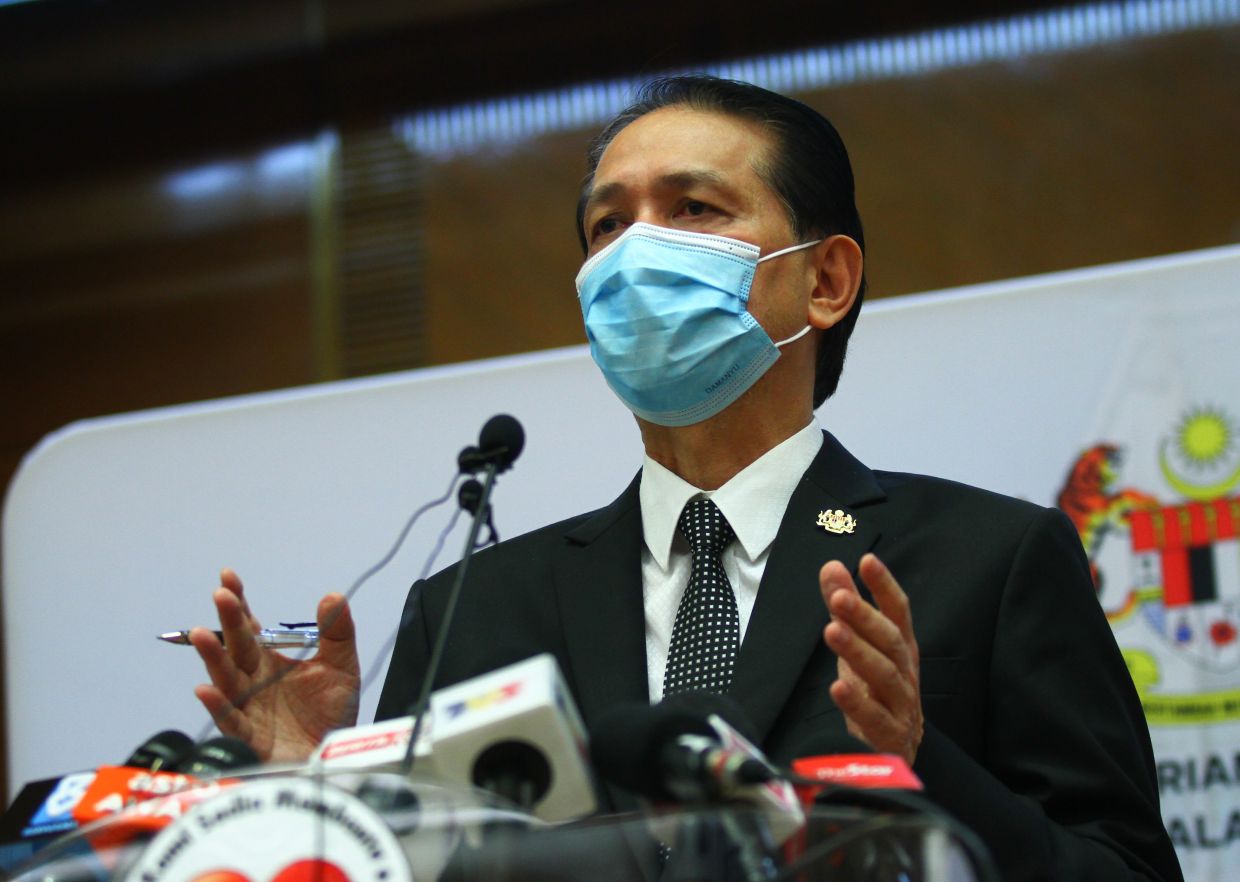 “However, five new clusters were reported today. They are known as the Avenue, Kejora, Kasah, Summer and Mengketil clusters, ” he said.

The index case of the Avenue cluster which was detected in Penampang, Sabah, was identified as a supervisor at a construction site following a screening of people exhibiting Covid-19 symptoms there.

The patient was then admitted to the Covid-19 Low-risk Treatment and Quarantine Centre in Sabah.

“We found 109 more cases through active contact tracing in this cluster, ” he said on Tuesday (Nov 17).

Meanwhile, nine out of 71 people screened for Covid-19 in the Kejora cluster which was detected in Kota Kinabalu, Sabah tested positive for the disease.

In the Klang Valley, the Kasah cluster was reported after 19 people from a security company tested positive for Covid-19 in Kepong.

In the Summer cluster, which was detected in northeast Penang, 11 people tested positive and were admitted to Hospital Pulau Pinang.

The Mengketil cluster was detected in Kota Baru, Machang and Tanah Merah in Kelantan as well as Besut in Terengganu.

The index case of this cluster was identified following a screening of a patient with Severe Acute Respiratory Infection (Sari) on Nov 13.

The Health Ministry recorded 1,210 new Covid-19 cases, bringing the total number of cases in Malaysia to 49,730.

Out of the new cases, 1,191 were local transmission while 19 were imported.

Sabah recorded 499 new cases which include those from the two new clusters.

Meanwhile, Selangor recorded 259 new cases from existing clusters, while there were 238 new cases in Kuala Lumpur.

However, the ministry also recorded five new fatalities with four deaths in Sabah and one in Perak, bringing the death toll to 318.

All except one of the fatalities had underlying health conditions such as high-blood pressure, diabetes, respiratory problems, heart disease and kidney disease.

Those who died were between the age of 25 and 80 with two of them being foreigners.

Currently, Dr Noor Hisham said 105 patients are being treated at intensive care units (ICU), with 40 of them requiring ventilator support.