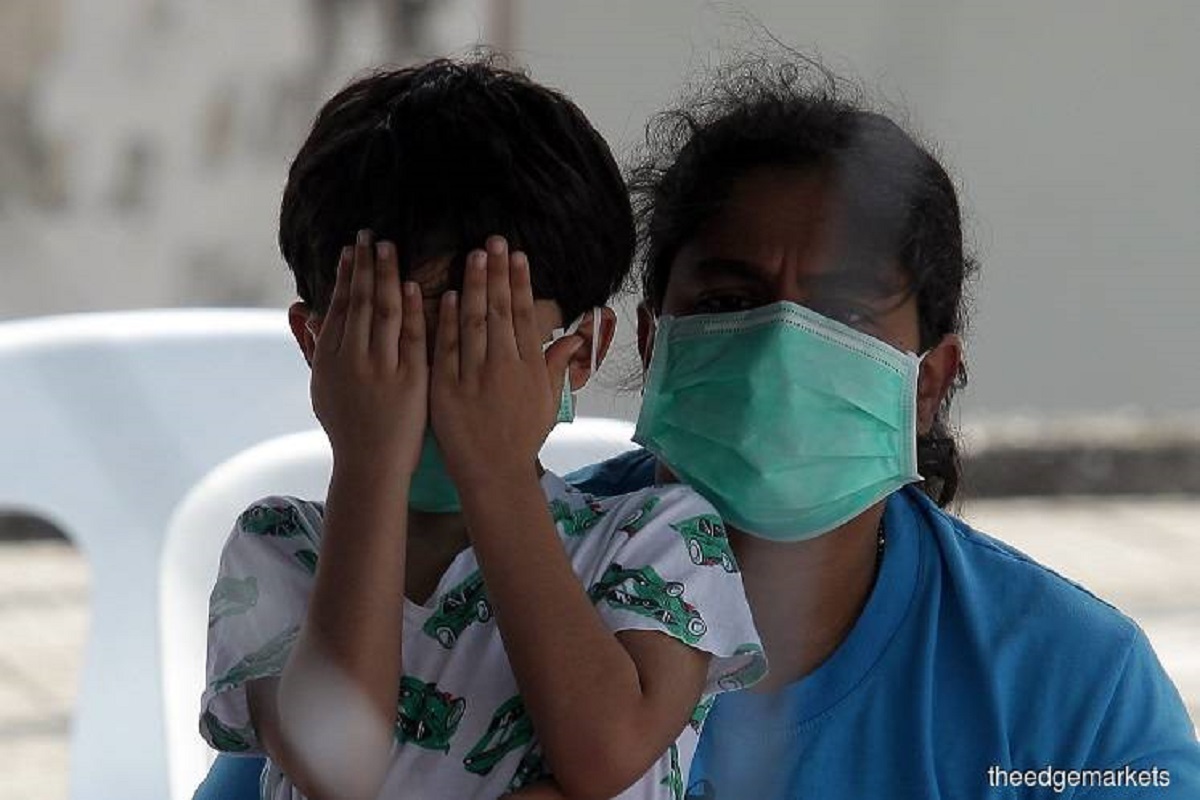 KUALA LUMPUR (Nov 14): This year’s Deepavali is celebrated moderately by the Hindu community in adherence to the standard operating procedures (SOPs) set by the National Security Council (MKN) following the spread of the COVID-19 pandemic.

Devotees living in the areas placed under Recovery Movement Control Order (RMCO) and Conditional Movement Control Order (CMCO) were spotted with face masks while observing the one-metre physical distancing when queueing up to have their body temperature scanned before entering temples to offer prayers from 7 am until 12 noon today.

In Selangor, a Bernama check at Sri Maha Mariamman Devasthanam Midlands Temple in Section 7, Shah Alam, found that devotees are still turning up, even though the number is significantly lower as compared to last year, and they have to wait for their turns to perform prayers under the tents provided by the temple to shelter them from the hot sun.

Temple chairman R Mohanraj, 63, said visitors started arriving as early as 6 am and generally followed the SOPs such as scanning in with MySejahtera application as well as body temperature before being allowed to carry out their prayers in the temple.

Visitor, M. Krishna, 20, who has been offering Deepavali prayers at the temple every year said it was strange to see that the temple was not filled with devotees who would normally throng the place as early as 6 am to perform the bathing ritual.

In Melaka, Secretary of Community Affairs in the Chief Minister’s Department, M.S. Mahadevan said the Deepavali celebration in the state also took place in a muted manner among immediate family members with no visiting following the implementation of CMCO.

The state MIC chairman also said in conjunction with the festival, a donation of daily necessities were handed over to 700 recipients from the less unfortunate members of the community in the state to help them prepare for the celebration.

In Perak, Hindu devotees thronged the Kallumalai Arulmigu Subramaniar Temple on Gunung Cheroh to perform prayers in their best and radiant attire, complete with face masks.

A devotee, S.Hema, 24, from Bercham, Ipoh said although there were no visiting from relatives and friends living outside the district, preparations were still made to usher in the festival of lights.

A member of the People’s Volunteer Corp (RELA), K.Gajendran, 36, from Tasek, Ipoh, said he was willing to work on Deepavali to ensure that the SOPs are complied with by the visitors and considered it as a sacrifice for the country.

In Johor Baru, Sri Subramaniar Temple chairman K. Arumugam said, devotees who turned up at the temple complied with the SOPs and did not stay long in their bid to help the government to break the COVID-19 chain.

Meanwhile, when met at the temple, a research and development manager, G.Ramesh, 45 and his wife, P.Sumathi, 41, said they decided not to make the interstate travel to their hometown in Negeri Sembilan and celebrate the festival here.

He said this was because they were worried about the spread of the COVID-19 infection and was afraid for their six-year-old child.

However, the Festival of Lights was still celebrated with greetings and good wishes via video calls to family members and loved ones, he added.

Meanwhile, Penang Thanneermalai Shree Balathandayuthapani Temple or Penang Hilltop Temple was significantly less crowded for a Deepavali celebration this year as observation around 9 am today found that the traffic in Jalan Kebun Bunga was smooth with no roadblocks or refreshment stalls set on the curbsides of the road.

Devotees, donning their colourful clothes and face masks, went to the temple to receive their blessings before returning home shortly afterward.

Temple chairman Datuk R. Subramaniam said that temple visitors were urged to strictly comply with the SOPs and the public were not allowed to stay for long in the temple as the temple could only accommodate between 20 and 30 devotees at one time.