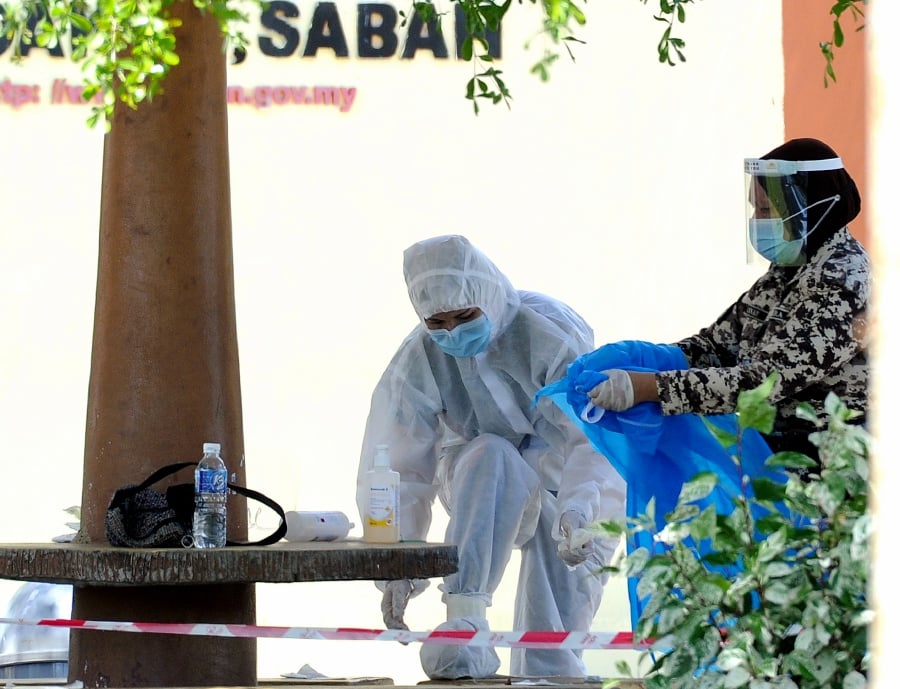 KOTA KINABALU: The spike in Covid-19 cases following the 16th Sabah election should be a lesson for everyone in preparing to face the upcoming Batu Sapi by-election.

He was responding to questions on the impact of the Conditional Movement Control Order (CMCO) on voters’ movements and whether the state government would restrict those from the peninsula from travelling to Sabah for the by-election.

It would be tough, he said, if a voter residing outside of Sabah insisted on returning home to vote because the voter has the constitutional right to do so.

“So, this issue again will have to be decided by the EC. We will have to wait until the EC announces the SOP, assuming that there will be a contest for the Batu Sapi seat,” he said at a press conference here today.

“If we refer to those from West Malaysia coming here to campaign, it begs the question whether there is a necessity for them to be here during the campaign period.

“Look at what happened in the last election. If I am not mistaken, there were more than 450 Covid-19 cases in West Malaysia that originated from Sabah. They got infected, went back to the peninsula and passed the virus to others,” he noted.

Masidi, who is the state Covid-19 spokesperson, stressed that it would be foolish to repeat the same mistake.

If there was a need to campaign, Masidi said Sabahans were capable of doing it on their own.

Batu Sapi is a parliamentary constituency in the district of Sandakan, which is a Covid-19 red zone.

The nomination day is fixed on Nov 23, while polling day falls on Dec 5.

The current CMCO has been extended to Dec 6, which comes with an inter-district travel ban.

Today, Sabah logged 259 new cases, one of which is an imported case, and 553 recoveries.

On the Kepayan Prison Cluster which contributed to the spike in Kota Kinabalu cases, Masidi noted there were 1,659 positive Covid-19 cases detected among inmates so far.

As of Nov 10, he said 40 inmates tested positive for the virus, but 32 of them had recovered today.

He said the remaining eight inmates were still being isolated and treated either at the prison complex’s quarantine and low-risk centre (PKRC) or at the hospital for those in need of extra medical care.