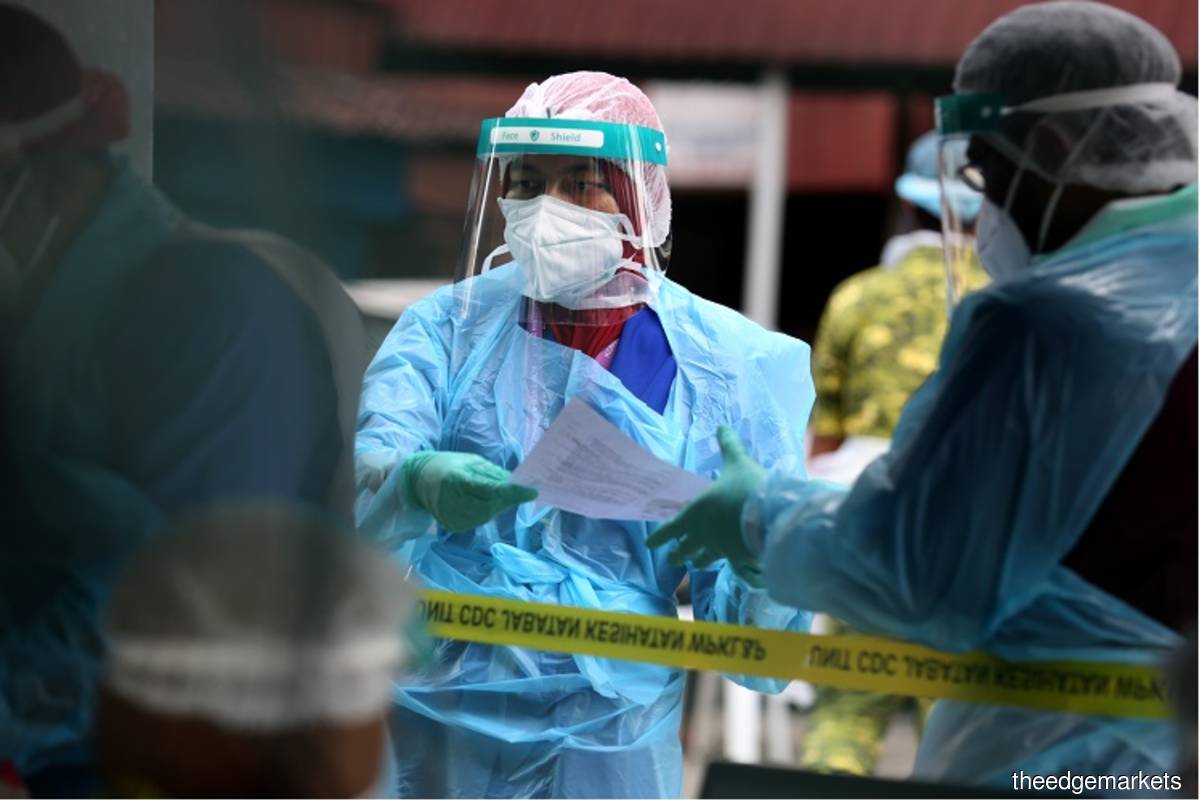 KUALA LUMPUR (Oct 21): The Ministry of Health (MoH) has listed 26 health districts and 46 sub-districts across Malaysia as Covid-19 red zones.

Based on data from Oct 7 until yesterday, the red zones — with over 40 active cases of Covid-19 — are located in Kedah, Penang, Perak, Selangor and Sabah.

The sub-districts in Sabah which are categorised as red zones include:

Sabah has 6,017 active cases so far. Yesterday, the state reported 673 new cases, bringing the state’s tally of cumulative cases to 8,755.

Selangor has 939 active cases, the second highest by state after Sabah. The state’s total cases have reached 3,489.

Other red zones include Kota Setar and Pokok Sena in Kedah, Timur Laut and Seberang Perai Selatan in Penang, and Larut-Matang-Selama in Perak. 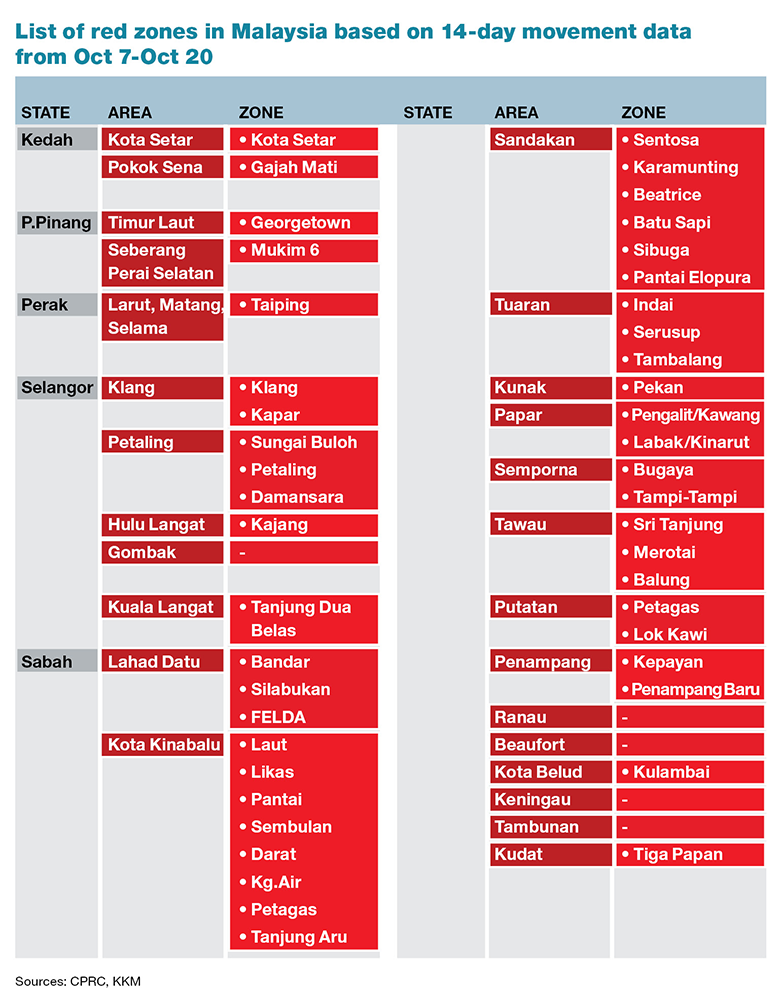