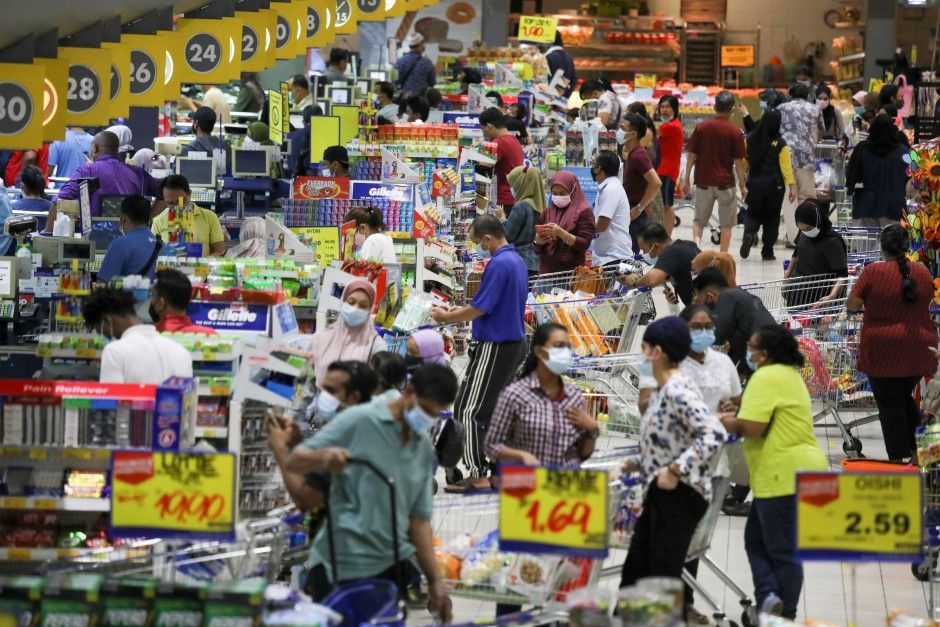 KUALA LUMPUR (Bernama): Recently, the story of a man who lost his job during the movement control order (MCO) and not tell his wife about it went viral on social media, touching the hearts of many.

The man had told a local radio station that he kept his job loss a secret from his wife as he did not want her to get worried.

Every morning for the last three months, he would get ready as usual and pretend to go to work. As soon as he left his house, he would look for odd jobs to earn some money.

“As the head of my family, it was hard for me to tell my wife I had lost my job… I felt so guilty and didn’t have the heart to tell her the truth,” he was quoted as saying.

This man is among many Malaysians who were laid off by companies affected by the Covid-19 pandemic. Losing one’s job and source of income suddenly can have an adverse effect on one’s mental health, especially if they have a family dependent on them.

It was reported recently that a former pilot jumped to his death from his condominium unit in Puchong, Selangor. Apparently, he was depressed as he had lost his job.

In another case earlier this month, a cook who lost his job due to the Covid-19 crisis took his own life by hanging himself in his home in Taman Berjaya, Simpang Renggam, Johor.

With Malaysia’s daily Covid-19 case numbers rising to unprecedented levels and amid fears over re-enforcement of movement restrictions, people are beginning to feel anxious all over again.

It takes effect in Sabah from Oct 13-26. In Selangor, Putrajaya and Kuala Lumpur, it will be in place from Oct 14-27.

Commenting on the current situation, occupational health expert Dr Shawaludin Husin said it was not implausible for anxiety levels to rise during these uncertain times.

He said in the initial stage of the pandemic, people were more worried about their health and exposure to infection.

At that point, they were mainly stressed about adapting to the work-from-home environment as well as getting used to the new normal.

“But the MCO’s greatest impact is its effect on the economy when many workers were terminated or asked to go on leave without pay. Many employers on their part were forced to suspend their operations temporarily while others had to fold up their businesses due to financial constraints,” he said.

The subsequent enforcement of the conditional and recovery phases of the MCO brought some relief to workers and employers. Although the business environment is not as buoyant as it used to be, they are relieved that they can resume their business activities as long as they comply with the standard operating procedures (SOPs) set by the Health Ministry.

On top of the spike in Covid-19 cases over the past two weeks, the end of the six-month moratorium on loan repayments on Sept 30 is also causing anxiety levels to rise.

Dr Shawaludin, who is also Malaysian Society of Occupational Safety and Health president, told Bernama the pandemic’s economic impact on the people and companies would be revealed at the end of October.

“Over the last several months, the moratorium and various incentives and aid provided by the government helped to relieve their financial burden to a certain extent.

“But after this (end of moratorium), not only will workers have a headache but their employers too as they would also have to start servicing the loans they took to buy their buildings, machines and equipment.

“They have to ensure that they have the adequate cash flow to pay the salaries of their employees and take care of other costs,” he said.

Unchecked stress levels due to loss of job and business can lead to psychosocial hazards that are more serious, he said, adding that studies and surveys should be carried out with regard to the current economic status of the people and how long the government incentives can sustain them.

Urging employers to be frank with their workforce over matters related to their financial situation and refrain from terminating their services without any warning, Dr Shawaludin said this will give their employees some time to find a new job as they have families to feed.

“The employees too have to be considerate and think of the burden borne by their employers. They (workers) should remember the contributions of their employers and try their best to help their company to recover,” he said.

In the current scenario, both employers and workers must learn to be more creative and be bold enough to try new strategies to keep businesses afloat, he added.

Dr Shawaludin also said in view of the ongoing pandemic, it is the responsibility of the employer to ensure that their premises are Covid-19 free and workers comply with the SOPs.

He said the Occupational Safety and Health Act 1994 has provisions to ensure a safe and healthy working environment that is free of chemical hazards and noise pollution and even biological hazards such as Covid-19 infection.

“In this respect, anyone caught flouting SOPs, such as not scanning the QR code or taking their temperature or observing physical distancing or wearing a face mask should not be allowed entry into the premises because their behaviour can cause harm to others,” he added.

He said as part of measures to raise more awareness among the people on mental health care, the role played by professionals in that field such as counsellors, psychiatrists, clinical psychologists and social workers should be given due recognition.

Existing policies may also need to be improved to elevate their professionalism, he added.

“The health and safety of workers should not just cover their physical aspect but their psychological aspect as well as it contributes to their overall well-being.

“If all two aspects are not cared for, it will affect the productivity of an organisation,” said Nasrullah, adding that issues such as burnout and uncontrolled stress can lead to high levels of absenteeism.

Poor employer-employee communication, lack of motivation and personal problems like financial and family troubles are among the factors that contribute to mental health issues among workers.

Some organisations, he added, have made the right move in setting up trained peer counselling groups at the workplace to check mental health issues among the workers. – Bernama