PUTRAJAYA: Malaysia’s daily new Covid-19 cases which have been rising in the past few days are likely to continue to spike for at least two days and up to a week. 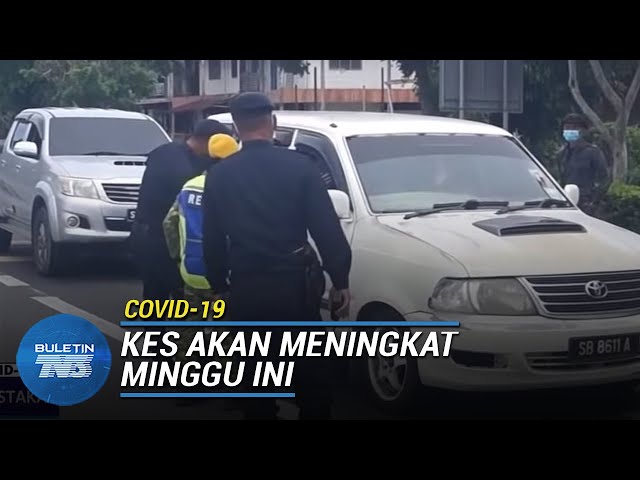 “Normally, we will witness an increase in cases for at least two days or up to a week, due to the measures being implemented to break the chain of virus transmission and flatten the curve,” he told reporters here today.

The same measures, he said, were implemented when the pandemic was at its peak in March and the subsequent months, compelling the government to enforce the MCO and the Conditional MCO.

“Our actions are not only limited to the four districts in Sabah. The government has also introduced inter-district MCO throughout the state to curb the spread of the outbreak.

“Similar measures had been previously implemented in Sarawak, which helped the ministry control the spread of the pandemic,” he said.

He said the ministry was more prepared this time, having had more experience in dealing with the pandemic compared to the initial stages of the outbreak earlier in the year.

“This is evident as the ministry has started sending reinforcement in the form medical teams and equipment for the past two weeks. We will continue to do so from time to time,” he said.

Dr Noor Hisham also stressed that it was important for the public to comply with the standard operating procedures (SOP) which included practicing physical distancing, adopting good hygiene and avoiding crowded places as well as large gathering to successfully curb the spread of the outbreak.

The country today recorded its highest daily new cases at 317, all of which were due to local transmission. This brought the cumulative total cases in the country to 12,088.

Sabah and Kedah are states which recorded the highest cases with 155 and 102 respectively followed by 32 cases in Selangor, nine in Terengganu, Federal Territory (four), Johor (four), Penang (three), Sarawak (three), Kelantan (two), Putrajaya (two) and one in Negri Sembilan.

The Covid-19 death toll in the country also rose to 137, when a 57-year-old man with underlying disease died on Oct 2 at the Tawau Hospital, Sabah.

Two were identified as Bah Lunas and Bah Rose in Kedah and another called the Jelok Cluster identified in Selangor and Kuala Lumpur.