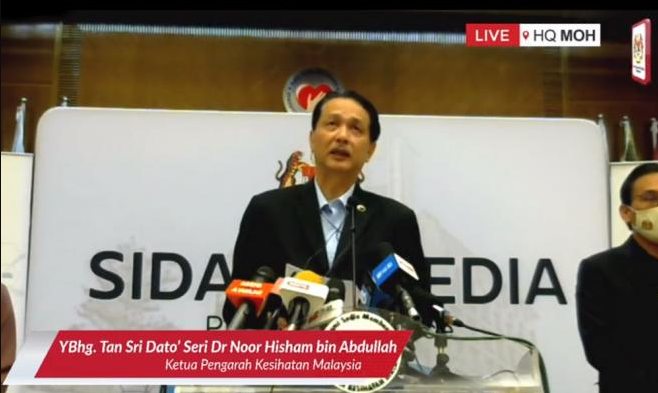 COVID-19 | There were 317 new cases of Covid-19 recorded in the country over the past 24 hours all of which were local infections.

This is the second straight day in a row where the number of new infections recorded has been the highest in the country to date.

A total of 37 of the new cases were linked to those returning from Sabah.

Of the new patients, 303 were Malaysians and 14 non-citizens.

The one new death recorded was also in Sabah. The deceased was a 57-year-old man who first displayed symptoms including coughing and fever since Sept 10.

The deceased was only brought to a hospital on Sept 24 after having difficulty breathing and was confirmed Covid-19 positive four days later.

Meanwhile, Kedah recorded the second-highest number of cases with 102 new infections, including two patients who returned from Sabah.

There were 97 cases in the state from the Tembok prison cluster and one from the Bah Ketil cluster.

There is also the new Bah Lunas cluster in Kedah which has four patients, of which two were discovered today.

The index patient for the Bah Lunas cluster was a 35-year old man who returned from Sabah. Three others were close contacts.

Meanwhile, the Health Ministry has also identified another new cluster from previous infections, dubbed Bah Rose. The cluster has seven patients in Kedah and one in Penang.

The index patient for the Bah Rose cluster is a 48-year-old man who also returned from Sabah. He tested positive on Sept 29.

Selangor has 32 new cases which include 15 people who returned from Sabah, 12 cases from the Jalan Meru cluster, and three from the new Jelok cluster.

The Jelok cluster has four patients in total, and the index case was a 27-year-old man who tested positive on Oct 1 after being screened for having symptoms.

Overall, 29 patients are in intensive care units, four of whom require ventilators.

There were also 121 patients who recovered in the last 24 hours.