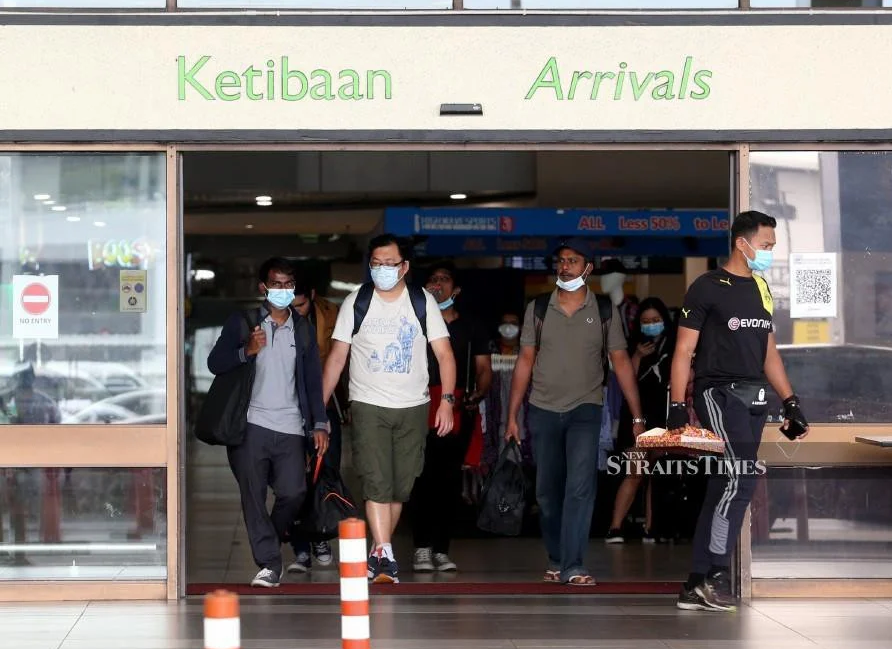 KUALA LUMPUR: Of the 150 new Covid-19 cases in Malaysia today, two are from a new cluster in Kuala Lumpur named the Setapak Cluster.

“The patient was admitted to a medical centre on Sept 25. A Covid-19 screening identified him as positive and he was transferred to the Sungai Buloh Hospital,” Dr Noor Hisham said today.

The two cases from the cluster today were the index case’s housemates (case 10,770 and 10,771). They were also admitted to the Sungai Buloh Hospital.

“20 people have been screened. Three of them tested positive, 16 returned negative and one is awaiting result.”

Dr Noor Hisham also announced the discovery of two other new Covid-19 clusters today, both in Sabah. One is the Buang Sayang cluster in Sipitang and the other is the Kampung Sakong cluster in Semporna.

On the Buang Sayang cluster, the index case is case 10,265, who had a travel history to Sipitang, Sabah from Sept 7 to Sept 20.

“He had a fever, flu and sore throat on Sept 19 and was admitted to a medical centre. He tested positive on Sept 20 and was transferred to the Queen Elizabeth Hospital. Following that, active case detection and close contact screening was done.

“As of noon today, 10 people have been screened, of which four tested positive and six are awaiting results.”

On the Kg Sakong cluster, the index case is case 10,154, who was asymptomatic and tested positive on Sept 18 during a community screening.

66 people linked to the cluster have been screened as of noon today where nine tested positive and 57 are awaiting results.

146 of the 150 cases recorded today were local transmissions and four were imported.

Dr Noor Hisham informed that Sabah registered the highest number of daily cases at 124 in the past 24 hours, followed by Selangor (10), Pahang (four), KL (three), Johor (two), Sarawak (two) and Melaka (one).

He said the 10 cases detected in Selangor involved eight Malaysians who returned from Sabah and two Malaysians who were close contacts of cases 10,364 and 10,579.

Dr Noor Hisham said Pahang had three Malaysians who returned from Sabah and one a close contact of case 10,679.

“Johor has two Covid-19 positive cases and Melaka one. All of them returned from Sabah, a high-risk area.

“Two of KL’s three cases are linked to the new Setapak cluster (Malaysians), and one a returnee from Sabah. Sarawak has two cases detected involving Malaysian workers screened at the Immigration Quarantine Security Merapok, Lawas.”

He added there were six Covid-19 cases being treated at the intensive care units, with four on ventilator support.

One new death was reported in Sabah, raising the cumulative number of Covid-19 fatalities to 134.

“Case 10,491 is a woman aged 81 who showed symptoms of fever and cough on Sept 14 and was admitted to a Semporna hospital on Sept 17. She tested positive on Sept 22 and was transferred to the Tawau Hospital on Sept 26.

“Her condition deteriorated and was admitted to the ICU on the same day. She was pronounced dead on Sept 27 at 12.52am.”