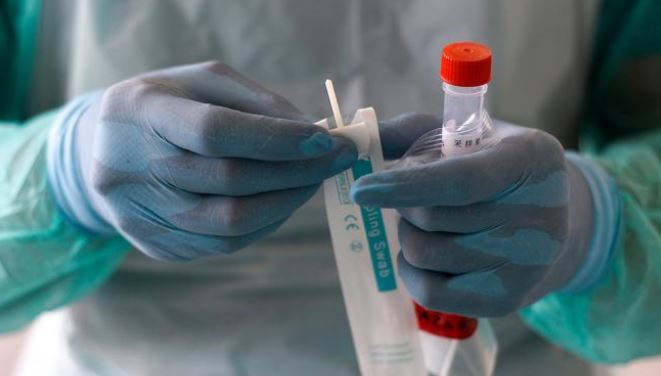 COVID-19 | Malaysia has reported six new Covid-19 cases in the 24 hours up to noon today, bringing the total number of infections to 9,291 cases since the beginning of the outbreak.

Of the six cases, one involved an imported case from Singapore, while the remainder were locally-acquired infections.

At the same time, the health ministry has ended its monitoring of the Bukit Tiram cluster and Mambong cluster after no new cases were detected in the two clusters for the past 28 days.

The Bukit Tiram cluster, which was linked to religious gatherings, involved 10 cases in Johor and Selangor. No deaths were reported in the cluster.

Previously, it was reported that at least one patient in the cluster carried a variant of the Covid-19 virus that has the D614G mutation, which some experts believe could make the virus more contagious.

The other cluster known to involve the mutation is the Sivagangga cluster in Kedah.

The Mambong cluster, meanwhile, involved seven cases in Sarawak with no deaths being reported.

In total, 91 clusters have concluded its monitoring period so far.

They include the three children of Case 9128, who is the niece of the first-known case in the Tawar cluster. The Tawar cluster was linked to a funeral held on July 31 and Aug 1.

The three children comprise two boys aged 10 and six, as well as a five-year-old girl.

Noor Hisham said 4,051 people have been tested so far as part of ongoing contact tracing efforts for the Tawar cluster, compared to 3,547 people yesterday.

The results of 570 tests are still pending.

The director-general added that various public health measures have been put in place to curb the spread of the cluster, particularly in Kedah where 85 percent of the 73 cases in the cluster has been detected.

Schools and businesses that were affected have been closed for sanitisation and decontamination, while the health ministry increased its risk communication efforts.

In the meantime, two cases have been detected at the Sultanah Bahiyah Hospital in Alor Setar – one during the screening of patients with severe acute respiratory infection, and one during screening of symptomatic patients.

There were seven cases that have recovered from the disease and were discharged today, lowering the number of active cases to 188.

Of the active cases, nine are being treated in intensive care units (ICUs) including six that need ventilator support, compared to eight cases in ICUs yesterday.

The death toll remains unchanged at 125 since the last reported death on July 29.