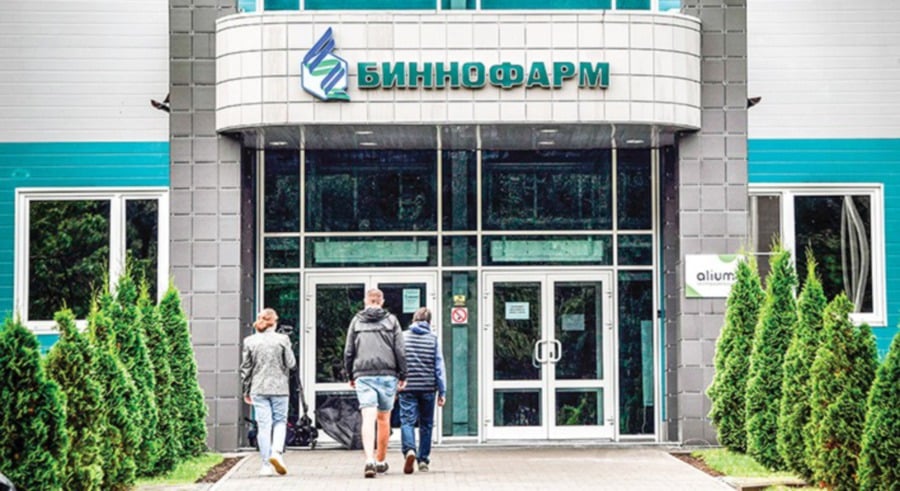 A view of thepharmaceutical factory Binnofarm in Zelenograd outside Moscow on Wednesday, where Russia is starting to produce the anti-coronavirus vaccine. AFP PIC

LETTER I was taken aback by a series of articles in the local press, including the New Straits Times’ Leader column on Aug 14 titled “Vaccine race not a competition”, depicting “widespread” doubt and criticism of the Russian Covid-19 vaccine, Sputnik V.

Unfortunately, many of the views transmitted are based on Western media narratives that are usually critical of whatever Russia does on the international stage.

This does not correspond to what we hear from our Malaysian partners in government and science spheres, who have expressed genuine interest in developing mutually beneficial cooperation on the vaccine.

Russia, as it has been said on several occasions, is open to cooperation with any foreign country on the development of the vaccine. Those who are willing to engage with us have expressed their intentions. In Southeast Asia, it is the Philippines and Vietnam. Overall, 20 nations have requested a total of one billion doses of Sputnik V.

We are convinced that everyone should have equal access to the vaccine, regardless of his financial situation. To make it possible, Russian authorities are working on humanitarian aid programmes for developing countries.

That among other things proves that Russia does not see the development of the Covid-19 vaccine as a 21st-century remake of the space race between the former Union of Soviet Socialist Republics (USSR) and the United States.

If you want a historic comparison, I would rather refer you to the history of polio vaccine that was first developed in the West but finalised and universalised by the former USSR, which contributed to the eradication of the disease on a global scale.

The Russian government and its scientists believe that instead of unhealthy competition, the world can benefit from cooperation in its fight against Covid-19. United we stand.

For Malaysia, with its sizeable scientific potential and impressive record in withstanding the pandemic, it makes sense to get on board of this promising initiative that can rid the planet of the grave danger.

For your information, our embassy has sent to the Malaysian authorities an overview of Sputnik V, its clinical trials statuses and production process requirements.

I hope that my letter will disavow the baseless judgements and misinformation surrounding Sputnik V.