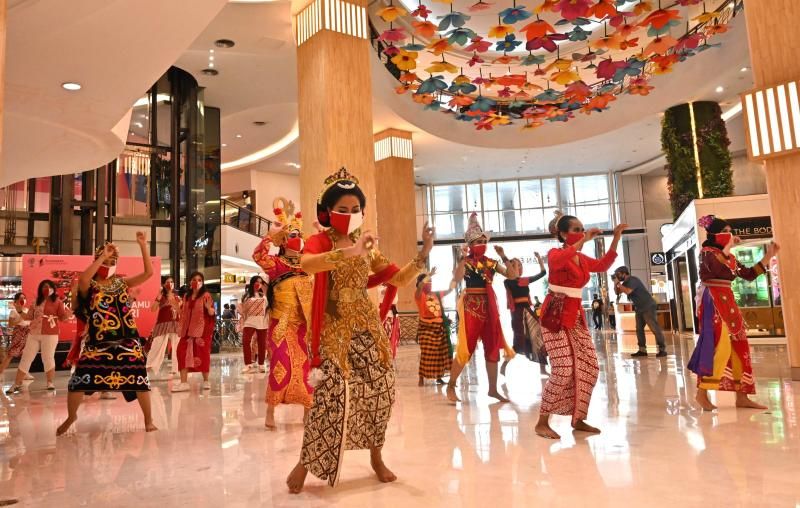 JAKARTA, Aug 16 (dpa): Indonesia will not be allowing in foreign tourists for the rest of the year, with authorities instead focussing on reviving the hard-hit tourism sector with domestic demand, a senior minister had announced.

“It looks like we will not be welcoming foreign tourists until the end of the year. We will just be consolidating first,” Luhut Pandjaitan, the chief minister for maritime affairs and investment, told Indonesia’s business community in a virtual forum on Thursday.

The statement came as Covid-19 infections continued to surge, after social restrictions were eased and businesses reopened.

According to data released by the ministry on Sunday, 79 more people have died of the disease, bringing the death toll to 6,150.

The total number of recovered patients has also increased to 93,103.

The virus has spread to all of the country’s 34 provinces.

Bali reopened its tourist destinations in July for island locals and domestic tourists.

Pandjaitan said the government would focus on encouraging domestic tourists to revive the industry, increasing domestic travel to make up 70 per cent of tourist activities in the future.

The Indonesian government in March banned foreigners from entering the country as part of its virus control measures, except for those entering for essential and official purposes.

Foreign Minister Retno Marsudi said in a press briefing on Thursday that Indonesia and South Korea have agreed to establish an essential business travel corridor effective starting August 17, allowing travel for essential business as well as official and diplomatic purposes, but not tourism.

This is the second bilateral business travel corridor arrangement that Indonesia forged, following the first one with the United Arab Emirates that took effect on July 29. – dpa