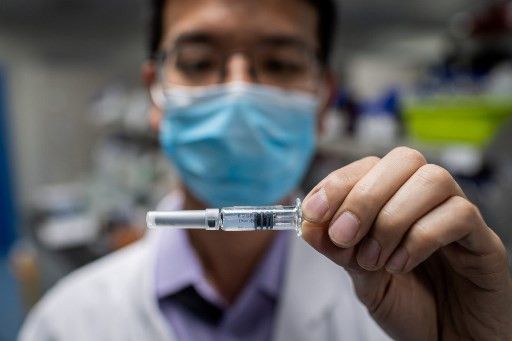 JAKARTA (The Jakarta Post/ANN): State-owned pharmaceutical holding company PT Bio Farma is looking for volunteers to assist in the clinical trial of a COVID-19 candidate vaccine developed in partnership with Chinese biopharmaceutical firm Sinovac Biotech, a ministry official has said.

Arya Sinulingga, an aide to State-Owned Enterprises Minister Erick Thohir, said the company was looking for Indonesians who fulfilled the requirements to help in testing the candidate vaccine for its first tryouts in the country.

Volunteers should be healthy adults between the age of 18 and 59 years old with no history of having contracted Covid-19 — tested either through rapid or repeated polymerase chain reaction (PCR) tests, Arya said.

Additionally, volunteers who register in the program should not participate in other clinical trials.

Should the registrants pass the administrative and other preliminary procedures, Bio Farma will administer them with the first dose of the experimental vaccine and later take their blood samples after 14 days.

After that, the company will give the volunteers a second dose and take their blood samples again after another 14 days.

“I will also register myself as a volunteer with Bio Farma, ” Arya told reporters on Tuesday.

“I have sent my ID card and I will enlist myself soon.”

“Hopefully, I can also invite other citizens to volunteer so we can contribute to the nation and the state, ” he said, “Hopefully, this vaccine can be used in our nation and in others. I hope this will be successful.”

Padjajaran University in Bandung, West Java, and the Health Ministry will also assist in the clinical trial of the vaccine, Arya added.

The national Covid-19 task force previously said that the test would take place in Bandung.

Bio Farma secretary Bambang Heriyanto said recently that the human trials in Indonesia would be for the third phase as the candidate vaccine had passed the first and second human trial phases in China, kompas.com reported.

The first phase sought to test whether the vaccine would be safe for humans while the second phase examined its efficacy against Covid-19.

Bambang also said that the tester team was looking for 1,620 volunteers in Indonesia as Sinovac would also conduct the trials in Brazil, Chile, Turkey and Bangladesh.

Padjajaran University Medical School professor Kusnandi Rusmil previously said that he hoped the vaccine could pass the third phase as early as next January and could be followed by immediate distribution by the Health Ministry.

Bio Farma president director Honesti Basyir has outlined plans to distribute 40 million doses of the vaccine per year as soon as the government authorizes its widespread usage, with plans to expand distribution capacity to 250 million doses a year. – The Jakarta Post/Asia News Network