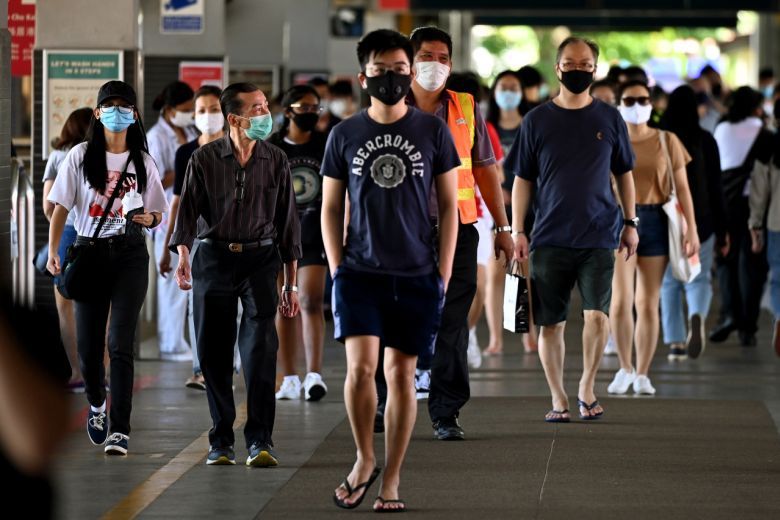 MOH said the average number of new daily cases in the community in a week has decreased. – The Straits Times/Asian News Network

SINGAPORE, July 26 (The Straits Times/ANN): There were 481 new coronavirus cases confirmed as of Sunday noon (July 26), taking Singapore’s total to 50,369. They include five community cases, all of whom are work pass holders, said the Ministry of Health (MOH) on Sunday.

There are also four imported cases who had been placed on stay-home notices upon arrival in Singapore.

Migrant workers living in dormitories made up the vast majority of the other cases.

More details will be announced on Sunday night.

On Saturday, MOH said 11 more dormitories had been cleared of the coronavirus.

The ministry added that it is on track to clear all the dormitories by the beginning of next month, with the exception of 17 standalone blocks in eight purpose-built dormitories, which serve as quarantine facilities for 28,000 workers who are in isolation.

Earlier, MOH said it detected 505 Covid-19 cases among migrant workers living in dormitories. This is out of the 513 total new cases confirmed as of Saturday noon.

Among the new patients announced on Saturday were two community cases, both of whom are work pass holders.

One of them was picked up as a result of proactive surveillance and screening of workers in essential services living outside dormitories, even though he is asymptomatic, said the ministry.

Meanwhile, the other patient in the community was identified as a contact of a previously confirmed case. He tested positive during quarantine.

MOH said the average number of new daily cases in the community in a week has decreased from nine cases two weeks ago to seven in the past week.

The number of unlinked cases in the community in a week has decreased from a daily average of five cases to four over the same period.

There were also six new imported cases announced on Saturday who had been placed on stay-home notices upon arrival in Singapore and were tested while serving the notice.

They included two permanent residents who returned to Singapore from India on July 12 and from the United Kingdom on July 10. The remaining four imported patients are dependant’s pass holders who arrived from India between July 11 and July 13, including a three-year-old boy, an Indian national who had no symptoms.

A new cluster was also identified at a dormitory in 12 Defu Lane 7, comprising three of the newly confirmed cases yesterday and one previous case.

Ramada Singapore at Zhongshan Park, a four-star hotel in Balestier and B&S Mini Mart in Geylang were identified as public places visited by coronavirus patients while they were still infectious.

The ministry provides the list of locations and times that infectious Covid-19 patients visited to get those who were there to monitor their health closely for two weeks from the date of their visit.

MOH has said that close contacts would already have been notified and that there is no need to avoid these places as they would have been cleaned, if needed.

Singapore has had 27 deaths from Covid-19 complications, while 15 who tested positive have died of other causes.

Globally, the virus outbreak, which began in December last year, has infected more than 16.1 million people. More than 647,500 people have died. – The Straits Times/Asian News Network