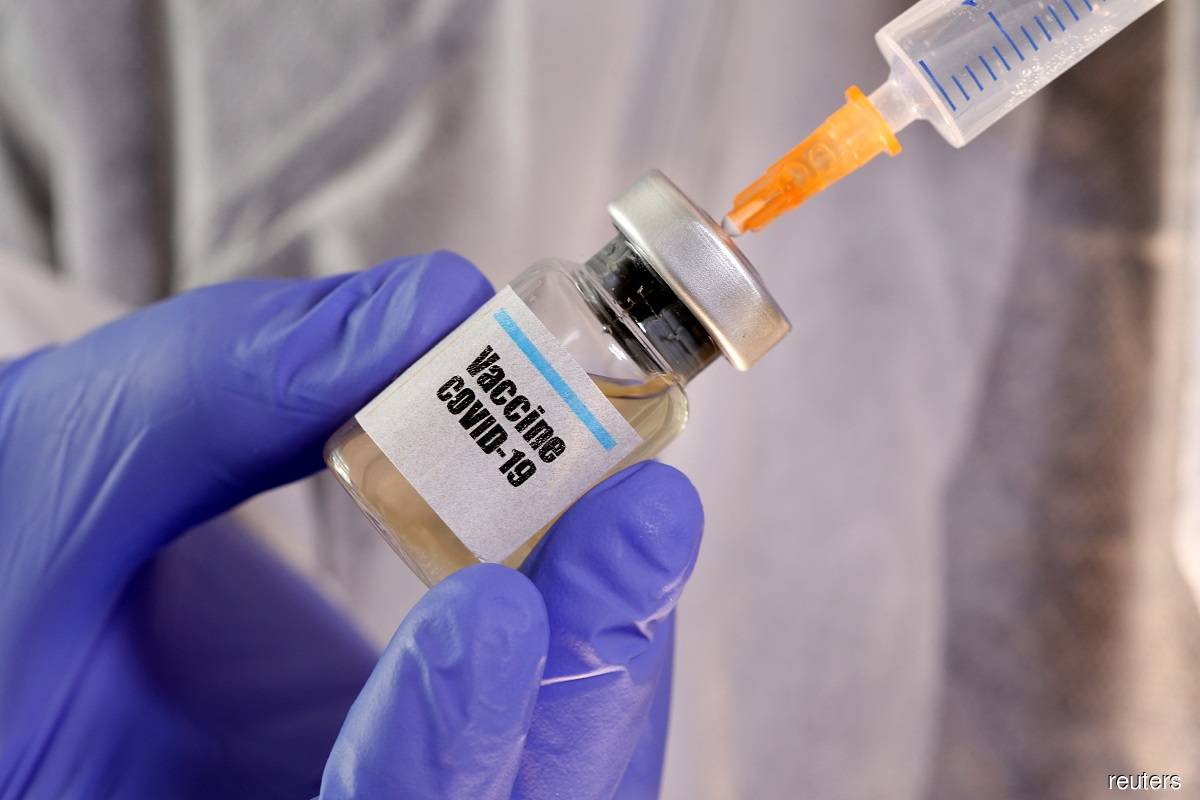 LONDON (July 20): A coronavirus vaccine the University of Oxford is developing with AstraZeneca plc showed promising results in early human testing, a sign of progress in the high-stakes pursuit of a shot to defeat the pathogen.

The vaccine increased levels of both protective neutralising antibodies and immune T-cells that target the virus, according to the study organisers. The results were published today in The Lancet medical journal.

AstraZeneca shares rose as much as 10% in London but gave up much of gain to trade 0.6% higher as researchers cautioned that the results were preliminary. A positive outcome had been widely expected after reports last week lifted the stock, with the vaccine already in more advanced trials.

“We are seeing very good immune responses, not just on neutralising antibodies but of T-cells as well,” said Adrian Hill, head of Oxford’s Jenner Institute, in an interview. “We’re stimulating both arms of the immune system.”

The results will be closely scrutinised as governments around the world seek to end a pandemic that has killed more than 600,000 people and triggered economic turmoil since erupting earlier this year. Moderna Inc, another front runner, released results last week from an early-stage test that showed its vaccine raised levels of antibodies that fight the virus.

Although stimulating production of neutralising antibodies does not prove a vaccine will be effective, it is considered an important early step in testing. Results from testing in animals had already shown the Oxford-AstraZeneca shot provoked an immune response.

Across the world, about 160 coronavirus vaccines are in various stages of development, according to the World Health Organization. The Oxford shot is close to the front of the pack and has already begun final-stage tests. AstraZeneca has said it may begin delivering doses to the UK as early as September.

“We want other companies to have vaccines that work as well because the world will get more vaccine sooner,” Hill said. “We just feel there is an advantage of having both arms of the immune system stimulated well.”

The British drugmaker received a boost when the US pledged as much as US$1.2 billion towards development. Under its agreement with Astra, the US could begin receiving supplies as early as October.

The UK has also struck a supply agreement for the shot, but today it secured access to other drugmakers’ experimental vaccines to hedge its bets and garner enough doses to cover its population of 66 million. The government secured deals with Pfizer Inc, BioNTech SE, and Valneva SE.

Companies and universities are relying on an array of approaches in the fight against Covid-19. The Oxford team has developed a technology that can speed up the process by using a harmless virus to carry some of the pathogen’s genetic material into cells to generate an immune response. The proposed vaccine is made from a weakened version of a common cold virus that is genetically changed to make it unable to grow in humans.

Oxford has inserted genetic material from the surface spike protein of the SARS-CoV-2 virus as a way of tricking the immune system into fighting back. The platform stimulates both antibodies and high levels of killer T-cells, a type of white blood cell that helps the immune system destroy infection.

“We’re very encouraged,” Hill said. While the test does not prove the vaccine will work, “I think we’re a bit more confident it should work this week than last week”.

Moderna’s initial results were from the first group of 45 patients who received the vaccine. Moderna’s shares surged in US trading after the results, despite a high rate of side effects among the patients who got the shot.

The Oxford shot elicited neutralising antibodies after a single dose, Hill said. That may be an important advantage in quickly raising immunity.

“I don’t read that clearly in the Moderna data,” he said. “I think they need two doses to see plausibly protective neutralising antibodies.”

“It gives higher titres of antibodies, which is important going forward,” he said.