Dr. Matija Snuderl has spent the last couple of months poring over tissue samples collected from the bodies of the recently departed.

As a neuropathologist at NYU Langone Medical Center in New York City, he’s usually diagnosing brain tumors and other brain diseases. But this effort goes beyond his typical duties: Snuderl is among a group of medical experts around the country on a detective-style hunt for missed cases of COVID-19. 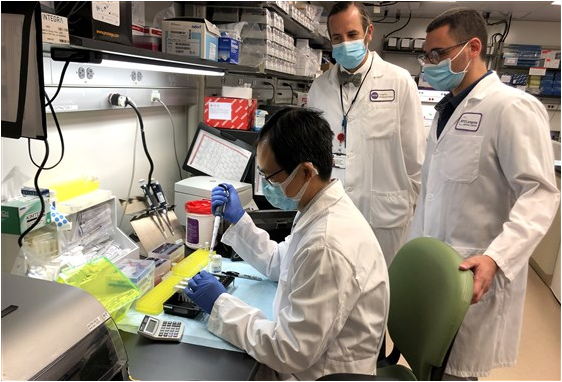 “At this point, it is critical to better understand the silent spread that was happening before the outbreak officially began [in New York],” Snuderl said.

As a case surge in some parts of the country, doctors like Snuderl are working to better understand the early trajectory of the virus in hopes of discovering unseen patterns that could help inform future public health policies.

“I think if we better understand how the disease was spreading early on when the next thing like this happens, we’re going to be better prepared, and we’re going to be able to act hopefully faster,” Snuderl said.

Currently, there is no coordinated national effort to understand how early and how widely the virus may have been spreading, but this patchwork approach has begun in at least seven other states. Initiatives vary greatly and few teams are working at the directive of state governments. Some have told NBC News they lack staffing or funding to conduct this type of research, which requires special materials to preserve samples for retesting days after an autopsy.