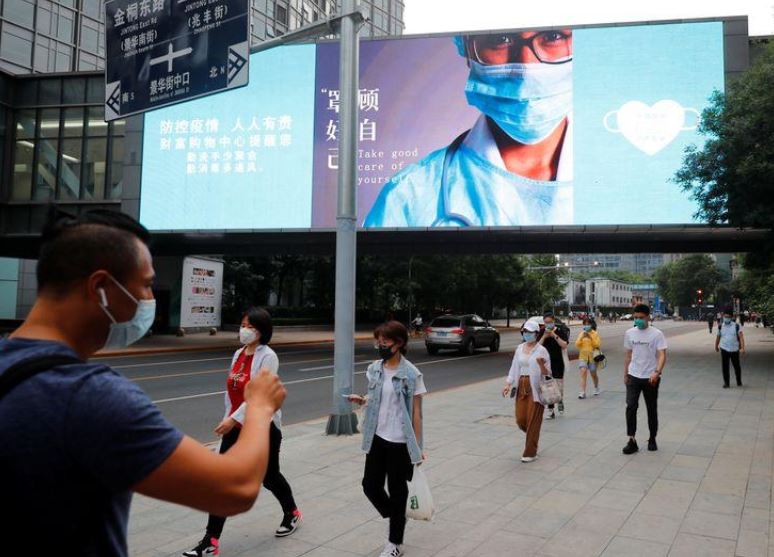 People walk underneath an advertising screen of a mall at the Central Business District, following a new outbreak of the coronavirus disease (COVID-19) in Beijing, China, June 29, 2020. REUTERS/Thomas Peter

SHANGHAI (Reuters) – China on Tuesday reported 19 new coronavirus cases in the mainland for June 29, up from 12 a day earlier, the health authority said. There were no new deaths.

Of the new infections, seven were in Beijing, the National Health Commission said in a statement.

The capital city, which is battling a fresh outbreak, had also reported seven new infections for June 28.

Mainland China reported four new asymptomatic patients, who tested positive for COVID-19 but showed no clinical symptoms such as a fever, down from six a day earlier.

Beijing has been carrying out mass testing for the coronavirus since the city reported its first case in the latest outbreak on June 11. The infections were linked to Beijing’s sprawling Xinfadi wholesale food centre.

The State Post Bureau, which oversees the country’s postal service, said on Tuesday that as of June 27, 104,807 workers from major delivery firms in the city had been tested and no positive results were found, according to a report by state broadcaster CCTV.