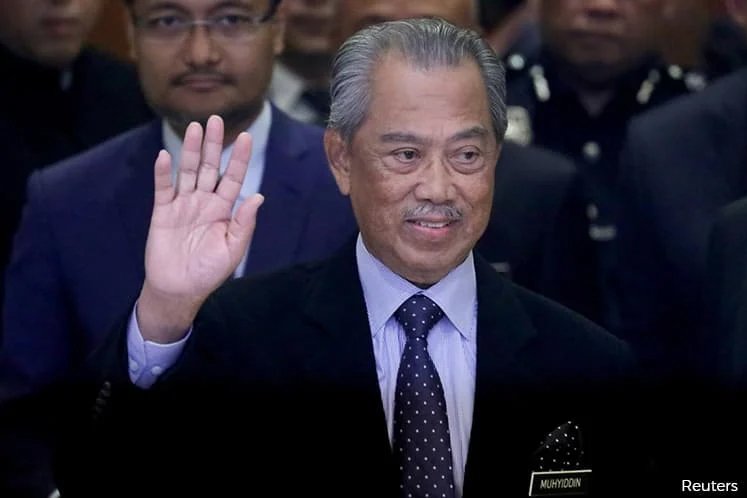 (June 10): Is the pandemic a boon to autocracy? In Malaysia, efforts to constrain the coronavirus have chipped away at the very democratic principles that for decades made the country a natural US ally and bastion of stability in a volatile region.

Facing the worst economic crisis in decades, Kuala Lumpur last week rolled out its fourth stimulus package since February. Together these fiscal salvos add up to about US$70 billion, or 20% of gross domestic product. Such dramatic numbers are entirely necessary. The World Bank expects emerging-market economies will shrink the most since 1960 this year.

Yet this is a huge amount of money to be disbursed by decree, as the government has done. Not one of the packages has been passed by the nation’s parliament, which hasn’t debated any bill for months and assembled for only a few hours in May for a ceremonial event. That’s in stark contrast to Japan, South Korea, Singapore, Indonesia and Thailand, where an array of Covid-combating supplementary budgets have been put up for debate and, in most instances, approved by lawmakers.

Prime Minister Tan Sri Muhyiddin Yassin was sworn in March 1 and ran straight into the crisis of a generation. Malaysia was in the early days of grappling with rising coronavirus infections, and trading partners were beginning to close their borders. Weeks later, the premier instituted a nationwide lockdown, which has been extended a couple of times and only started lifting gradually in recent weeks. The restrictions were warranted given the danger to public health, as was the case in almost every nation on the planet. They were also convenient given the government has every reason to avoid votes in parliament that would expose Muhyiddin’s razor-thin majority and possibly undo it.

To ascend to power, Muhyiddin had to wrest control from Tun Dr Mahathir Mohamad, a wily political veteran who in 2018, at the age of 92, made a comeback by defeating Datuk Seri Najib Razak amid allegations of corruption befitting a Hollywood movie — replete with money laundering, luxury yachts and billions missing from a state investment fund. Muhyiddin pulled this off by leading a breakaway group of parliamentary members from Mahathir’s coalition in what amounted to a party coup between sessions. The defections were enough to secure a majority. On that basis, the monarch tapped Muhyiddin for leadership, rejecting his predecessor’s claims that he still had broad support.

Mahathir has made clear he would bring forward a no-confidence motion at the first opportunity. Yet there hasn’t been a single parliamentary vote since Muhyiddin was appointed. Best to stay in recess and not take chances if you don’t know the result, the prime minister reasons, according to observers in Kuala Lumpur.

In the meantime, Muhyiddin has been working overtime to hang on to his fragile majority. Based on seating arrangements for the ceremonial King’s speech last month, his bloc commands 113 seats, the barest of majorities in the 222-seat house. The cabinet he assembled has been showering members with government jobs and posts at state-linked companies. Perhaps no one has benefited more than Muhyiddin’s coalition partners in the United Malays National Organization, or Umno, despite the stain of its ties to Najib. Now, the ancien regime is back in the game without a ballot cast. The longer the pandemic remains a cloak to keep parliament shut, the more Umno can secure its new role without oversight.

The failure of governance Covid has facilitated isn’t to say Mahathir had a perfect run. During his first term as leader from 1981 to 2003, his record was mixed: Growth soared for much of that term, though power was centralized in his office, dissent was frowned upon and the press was muzzled. His main political rival in the 1990s, Anwar Ibrahim, was jailed. However, the electoral process did work. At the time, the opposition complained about a tilted playing field, but Mahathir had the numbers and was never afraid to test them.

One of his biggest regrets must be the early mentorship of Najib, who has faced charges of graft related to the 1MDB scandal. (Najib says he is innocent.) The first trial wrapped up last week and a verdict is due July 28. It’s not out of the realm of possibility that, if acquitted, Najib returns to Umno leadership, and ultimately one of the top jobs in the country. He remains a member of parliament and his supporters control key parts of the party’s machinery. With UMNO backing vital to Muhyiddin’s survival, he would have enormous clout.

Given signs of a deep recession, Malaysians may not object to Najib’s return. Legislative protocol sounds abstract when your priority is keeping a job and putting food on the table. Democracy isn’t necessary for money to flow; China’s measures to fight the virus show that well enough.

Malaysia’s government, however, is accountable to voters, which means there has to be some scrutiny. In addition to the more than 400,000 fatalities worldwide, Covid-19 has quarantined democracy in this crucial corner of Southeast Asia.