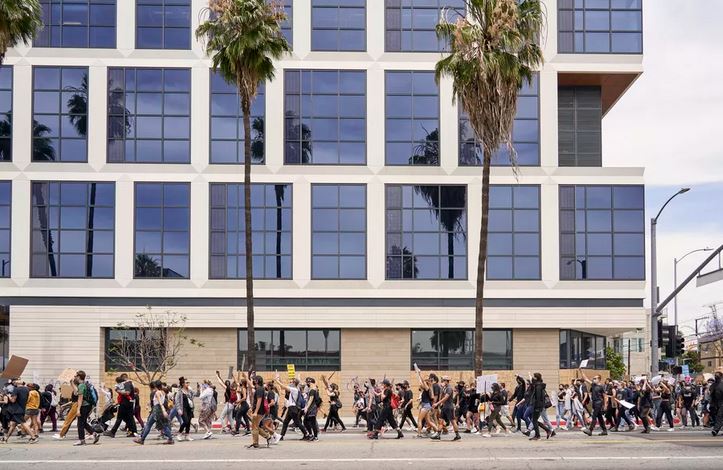 Gatherings in every state in the country this week to protest police brutality may be followed by increased numbers of COVID-19 cases in the next few weeks, state health departments warn. But a narrow focus on whether the number of COVID-19 cases may spike after protests is a distraction from the real health dangers of police brutality and racism.

Public health experts say, though, that governmental failures that allowed the coronavirus to spread are much more dangerous than the recent gatherings. And the issues that protests are calling attention to have been health risks for decades.

“If you point your fingers at a symptom, which is a protest, you’re missing the root cause, which is systemic racism,” says Abraar Karan, a physician at Harvard Medical School working on the COVID-19 response.

Karan told The Verge that he wouldn’t be surprised to see increases in case numbers in the next few weeks and that he understands why some people may be concerned. Julia Marcus, an infectious disease epidemiologist at Harvard Medical School, shares those concerns. But police violence and racism are also threats to the health of black Americans, she says.

“There’s a lot more to health than just preventing this disease,” she says. Public health leaders need to have broader goals than just stopping someone from catching the coronavirus because that tunes out all of the other factors that contribute to someone’s overall health.

That’s particularly important now because the issues people are taking to the streets to protest are inextricably linked to the COVID-19 pandemic. Communities of color in the US have borne the brunt of the coronavirus and are getting sick and dying at higher numbers than white Americans. Instead of being distributed equitably, systems that improve health, like COVID-19 testing sites, are concentrated in whiter areas. Police violence, on the other hand, is more likely to be targeted in black and non-white areas — and experiencing that violence put those communities at risk for the health conditions (like high blood pressure and diabetes) that make COVID-19 more dangerous.

Those are just two examples of how discrimination gets baked into the system and why it’s equally as dangerous to health as COVID-19 for many black Americans.

Protestors around the country recognize that they’re at more risk from the pandemic out in the streets than they would be at home, but they say that police brutality is more important to fight against.

“I think it’s a danger, but some things are worth it,” 23-year-old Darrell Owens told The Verge at a protest in Oakland. “I had to choose which virus poses the biggest threat to my family, friends, and me. And that’s the police,” a 24-year-old student in Minneapolis told The Cut.

If protests were able to be carried out as planned, though, they wouldn’t have been as dangerous. Yes, it’s hard to stay far away from other people during a march, and chanting or yelling produces more potentially virus-laden respiratory particles than just talking. But protest organizers encouraged people to wear masks, and gathering in the open air lets any exhaled viral particles disperse more easily. An outdoor gathering is less risky than eating at an indoor restaurant or going to a crowded bar.

Protests become higher-risk environments, though, when police use pepper spray or tear gas (which makes people cough, spreading more respiratory particles), force people into close quarters, and tear off their masks. COVID-19 could spread quickly among protesters as they’re loaded onto crowded buses or taken to jails, which are centers for the spread of disease.

“Police reaction to protests certainly could be what could lead to a spreading event more than protests on their own,” Karan says.

The protests are also happening as restrictions on businesses and gatherings are loosening in some states — many of which haven’t met criteria around reductions in COVID-19 cases and hospitalizations that experts say they need to before reopening. Even without protests, case counts were starting to go up in states like Texas.

“What I fear will happen, particularly in those states, is that any increase in cases in the next couple of weeks will be blamed on protestors,” Marcus says. Transmission, though, could also be happening at newly opened crowded bars and indoor restaurants. “There are multiple things happening at the same time,” she says.

It’d be hard to tie any new cases back to the protests themselves, Karan says. Tracking the spread of the coronavirus is already complicated. “If they are going to be in crowds and then disperse, we don’t know if they had exposure before or after,” he says. People at protests may be unwilling to tell health officials if they were at protests or who they were with if they test positive for COVID-19.

While looking into any disease transmission at protests could be useful scientifically, asking those questions shouldn’t be used to blame protesters in any way, Marcus says. “Very often when we blame individuals for their behaviors, it is a way of distracting from what really matters,” she says.

“Very often when we blame individuals for their behaviors, it is a way of distracting from what really matters.”

Most of the spread of disease so far, Marcus says, happened because the government was slow to act against COVID-19 — through lags in testing, reluctance to take action, and misinformation. “Any potential new cases from these protests will be a drop in the bucket compared to the more than 100,000 deaths we’ve had to date from COVID-19, which are attributable, at least in part, to the failure of the government to respond to this pandemic,” she says.

Even if COVID-19 did circulate at protests, that could be countered by the good that would come from calling attention to the danger of police violence. These aren’t the same as gatherings protesting stay-at-home orders, Marcus says; those sought to undermine public health, while anti-racism protests could ultimately improve it.

“Ultimately, these protests, if they bring us any semblance of progress in terms of structural racism — they will have had a positive impact on public health, not a negative one,” she says.