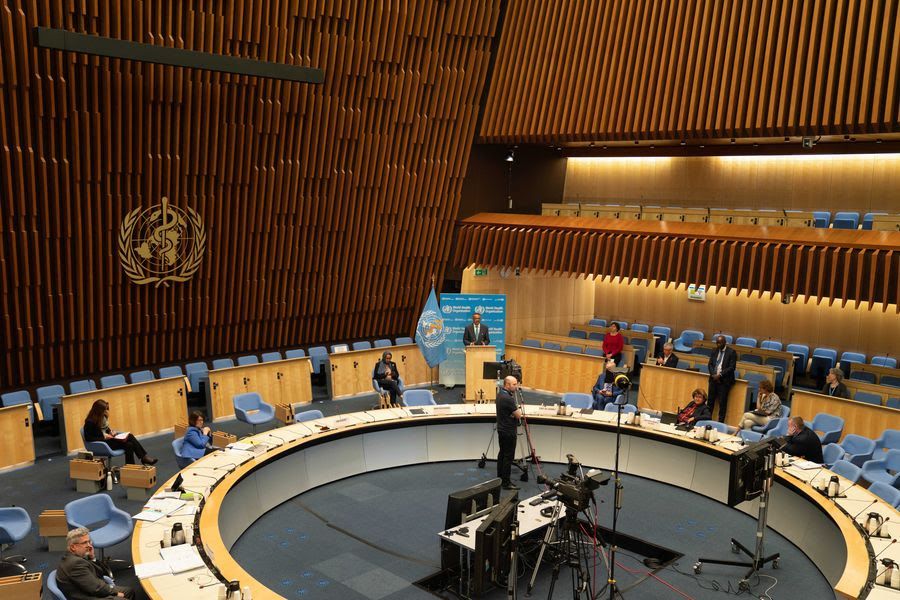 World Health Organization (WHO) Director-General Tedros Adhanom Ghebreyesus speaks at the 73rd World Health Assembly (WHA) at the WHO headquarters in Geneva, Switzerland, May 18, 2020. Due to the current COVID-19 pandemic, the 73rd session of the World Health Assembly, scheduled from May 18 to 19, was held virtually. (WHO/Handout via Xinhua)

BEIJING, May 19 (Xinhua) — China would welcome it if Australia gives up its political manipulation on COVID-19 and returns to the broad consensus of the international community, Foreign Ministry Spokesperson Zhao Lijian said Tuesday.

A draft resolution on COVID-19, drafted by the European Union (EU) and co-sponsored by dozens of countries, has been submitted to the World Health Assembly (WHA). Australian Foreign Minister Marise Payne Monday reportedly described this as international support for an “independent review” of the pandemic and “a win for the international community.”

Zhao told a press briefing that China supports a comprehensive review of the global battle against the pandemic after situations worldwide have been controlled.

It should be led by the WHO and conducted in a science-based, professional, objective and impartial manner, he said.

“China has been consistent and clear about this all along,” he added.

The draft resolution, which is under discussion at the WHA, is consistent with China’s position and reflects widespread consensus of other countries. China, along with other parties, has actively participated in the consultations and co-sponsorship of it, said the spokesperson.

The content of the draft resolution is totally different from the “independent review” alleged by the Australian side, Zhao stressed.

“For example, the draft resolution proposes to start assessment in due time instead of an immediate so-called review, reaffirms the key leading role of the WHO instead of switching to other leaderships and calls for summarizing experiences and lessons gathered in international health responses coordinated by the WHO instead of a ‘presumed guilty’ investigation targeting a specific country,” Zhao said.

It is suggested that the Australian side read the original text carefully instead of making conclusions based on assumptions, said the spokesperson.