For Covid-19, there are over 100 vaccines being developed across the world now, some from scratch, some from existing molecules developed for other diseases. 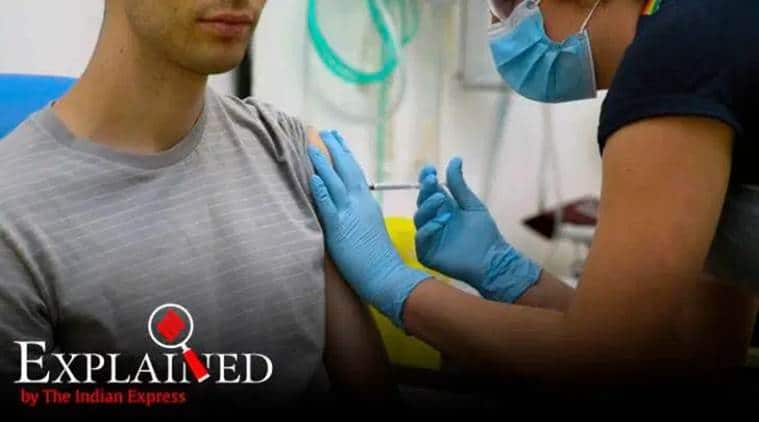 Every time there has been news about a potential new vaccine against Covid-19, hopes have risen around the world. But some have also taken a realistic approach. Such as British PM Boris Johnson, a Covid-19 survivor himself, who has written in The Mail: “There remains a very long way to go, and I must be frank that a vaccine might not come to fruition…We need to find new ways to control the virus.”

A series of stages

Development of a vaccine is a long process that can falter at any step. There is also the issue of effectiveness — how the vaccine performs in real-life conditions against efficacy, which is performance in ideal conditions during trials.

Once a candidate is identified, its safety and efficacy have to be tested over three phases, as per protocols. A fourth stage involves collection and analysis of post-marketing data.

For Covid-19, there are over 100 vaccines being developed across the world now, some from scratch, some from existing molecules developed for other diseases.

Last month, the University of Oxford announced it is ready to trial its vaccine candidate, ChAdOx1 nCoV-19, developed from the common cold virus whose safety in humans is already established. “ChAdOx1 nCoV-19 is made from a virus (ChAdOx1), which is a weakened version of a common cold virus (adenovirus) that causes infections in chimpanzees, that has been genetically changed so that it is impossible for it to grow in humans. Genetic material has been added to the ChAdOx1 construct, that is used to make proteins from the COVID-19 virus (SARS-CoV-2) called Spike glycoprotein (S),” the University announced last month. This protein is found on the surface of SARS-CoV-2.

Last week, a paper, not yet peer-reviewed, gave out the results of the vaccine trial in macaques: “We observed a significantly reduced viral load in bronchoalveolar lavage fluid and respiratory tract tissue of vaccinated animals challenged with SARS-CoV-2 compared with control animals, and no pneumonia was observed in vaccinated rhesus macaques.” In other words, the vaccine did not prevent infection but it did prevent pneumonia.

Hong Kong-listed firm CanSino Biologics is testing a vaccine. It announced last week that Phase 1 trials have been cleared and the vaccine is moving into Phase 2 “based on the preliminary safety data of the Phase I clinical trial”. The results of that trial have not been made public. This too is an adenovirus-based vaccine. The double-blind, placebo-controlled study in 500 healthy patients will be done in association with researchers from the Academy of Military Medical Sciences’ Institute of Biotechnology.

The National Research Council of Canada has said it would work with the company for development of its vaccine, Ad5-nCoV, in Canada.

Another company, Sinovac, backed by the Chinese government, is working on a vaccine, and plans to produce 100 million shots a year, news reports said.

The UK government is funding a vaccine effort at Imperial College London. Professor Robin Shattock, Head of Mucosal Infection and Immunity in the UK Department of Medicine, and his team developed the vaccine within 14 days of getting the gene sequence of the virus from China. It is not being tested in animals. The researchers plan to move to human trials soon and Professor Shattock has been quoted as saying that the vaccine could be available some time next year.

US-based Inovio Pharmaceuticals is working on a DNA vaccine candidate, INO-4800, and has got a grant from the Coalition for Epidemic Preparedness Innovations. In April it started Phase 1 clinical trials. It showed encouraging response in animal studies, the company has claimed.