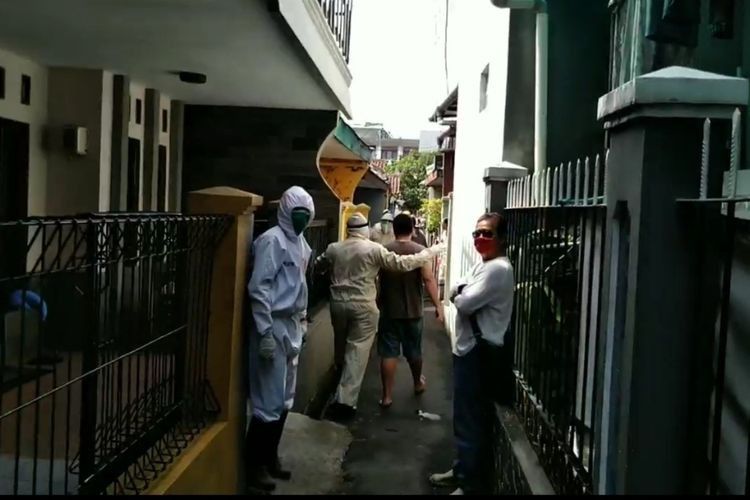 JAKARTA (ANN): A 40-year-old man initialed as AR, who has tested positive for COVID-19, has caused a commotion as he refused to be taken to the hospital by a team of medical workers and fumed at his neighbors in the city of Tasikmalaya in West Java, Indonesia.

He had tested positive of Covid-19 in a recent swab test.

AR became enraged when the team, wearing hazmat suits, approached to pick him up at his house in Empangsari subdistrict in the city on Friday. He became more infuriated when neighbors recorded the event on their mobile phones.

He ran after the neighbors and hugged them in an apparent attempt to infect them with the viral disease.

“What are you staring at? I will hug you all, you will soon be people under monitoring, ” he said, referring to the ODP status, while chasing and hugging residents, Kompas.com reported on Friday.

In the end, the medical workers managed to persuade AR to be taken to hospital and quarantined in an isolation room.

Tasikmalaya Deputy Mayor Muhammad Yusuf confirmed that a patient had gone berserk when he was to be picked up by medical workers.

Yusuf said the authority had to pick up the patient as he had refused to isolate himself.

“I have ordered a team to forcibly take the patient, because if not, it would be dangerous for the neighborhood if transmission occurs, ” he said.

He also demanded that the team track the patient’s contacts and disinfect the area around the patient’s house. – The Jakarta Post/Asia News Network.