KUALA LUMPUR, April 26 — Students will only be allowed to return to their hometowns if their destinations are located within areas classified as green zones, Minister of Higher Education (MOHE) Datuk Noraini Ahmad said today.

She said that as a result, students will not be allowed to return to their hometowns if they are located within yellow and red zones.

“Students of public and private institutions of higher education, polytechnics, and community colleges are set to return to their hometowns in stages beginning Monday, April 27, except for those from yellow and red zones,” Noraini said in a statement today.

She said that students will be screened for fevers, sore throats, coughing, flu-like symptoms and for shortness of breath, adding that those with symptoms will not be allowed to return home and instead referred to the Ministry of Health.

A set of guidelines released by MOHE today then explained that students will be placed in disinfected busses arranged by the government, and will be accompanied by liaison officer equipped with a complete list of those travelling. 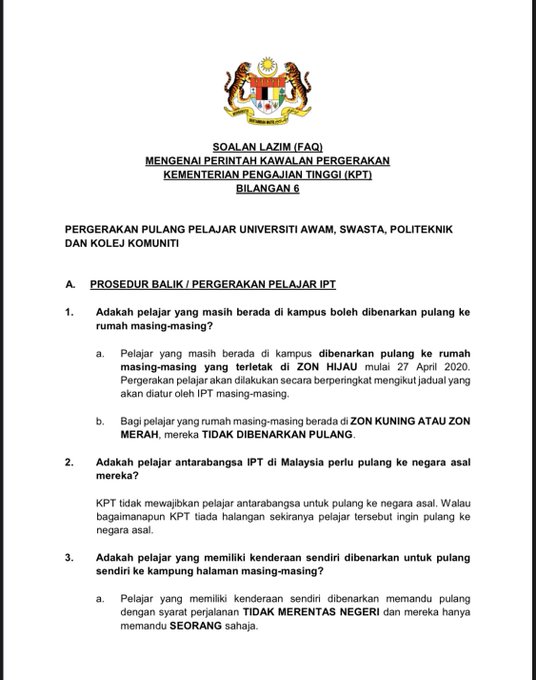 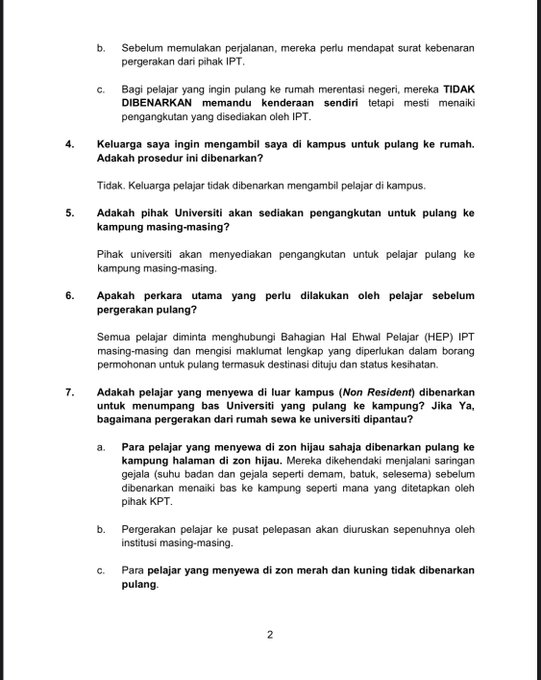 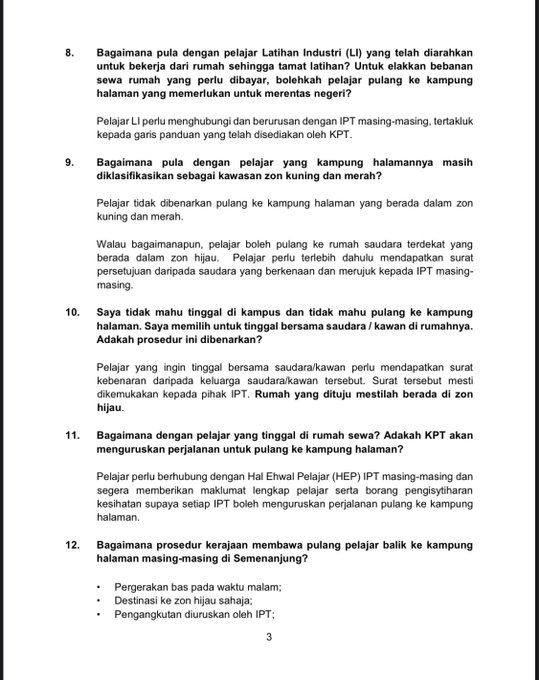 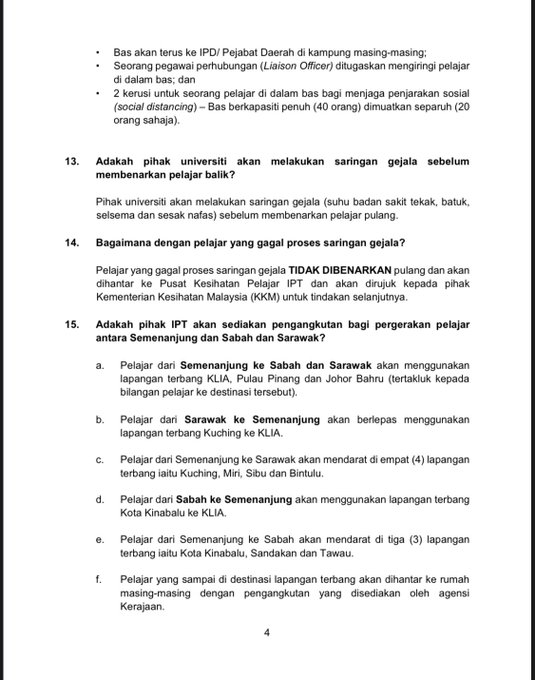 118 people are talking about this

MOHE explained that students living off-campus would be allowed to join the batch of those returning, only if their accommodations are also within green zones and would be subjected to symptomatic screening before they are allowed on board the bus.

The logistics, the ministry said, would be handled by appointed government agencies who have been instructed to carry out these trips during the night and must strictly be only between two green zones.

The guide detailed how students will be dropped off at their respective district offices or police district headquarters where the relevant agencies will then send the students back home.

Social distancing by designating two seats to a person will be enforced throughout the journey, with stops being made for emergency purposes.

Leeway will be given for those living within five kilometres from their district drop-off points, with only one family member permitted to pick them up.

As for students with their own cars, MOHE said that they would be permitted to travel back home only if their destinations are within the same state, and that family members are not allowed to pick students from their campuses.