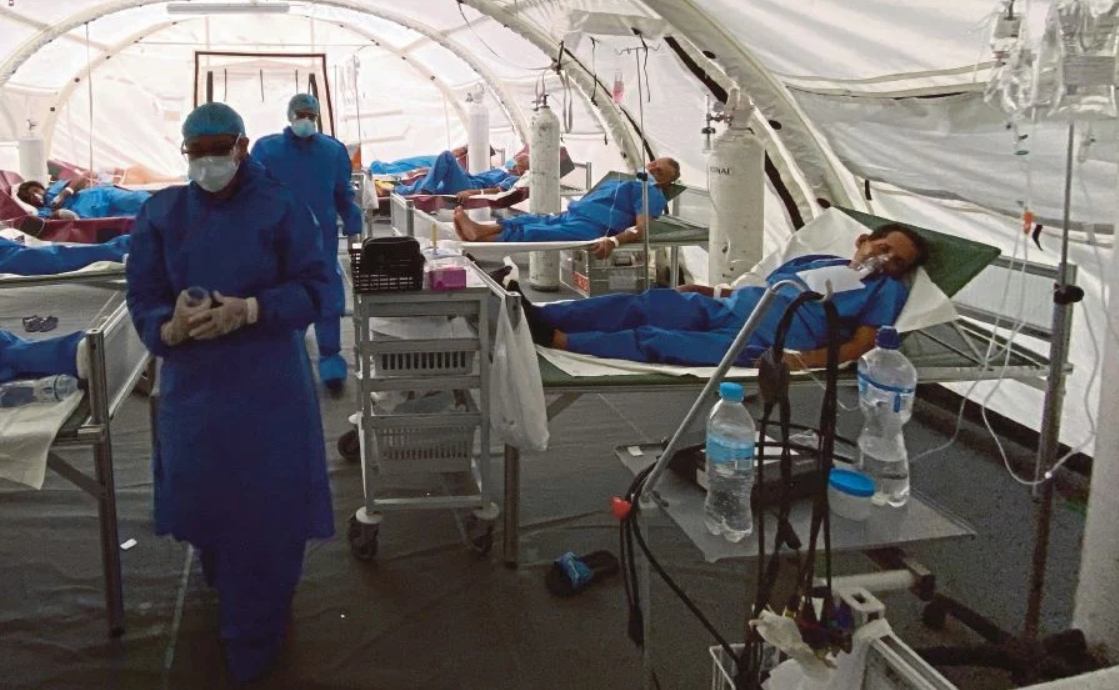 NEW YORK: Battered by grim headlines, horrifying statistics and deep uncertainty over the Covid-19 coronavirus pandemic, many people worldwide are trying to lift their spirits by seeking out “good news.”

Sites specialising in upbeat news have seen a surge in growth in recent weeks. And Google searches for “good news” have jumped fivefold since the start of the year.

The Good News Network, created in the late 1990s, has seen traffic triple in the past month with more than 10 million visitors, according to founder and editor Geri Weis-Corbley.

“People are sending us links of positive, inspiring things happening in their neighbourhoods, in their cities, in their states, so we have so much good news to pass along,” said Weis-Corbley, who also observed spikes in interest after the September 11 attacks and the global financial crisis of a decade ago.

“We think that people now are experiencing a yearning for good news that will continue.”

Other websites including The Guardian, Fox News, HuffPost, MSN and Yahoo have their own pages dedicated to uplifting stories.

A CNN newsletter, “The Good Stuff,” created last year, has seen a 50 per cent jump in subscriptions over the past month, a network spokesperson said.

“Our editorial team saw growing interest in the stories that made our audience smile, with fascinating discoveries, everyday heroes, inspiring movements and great things happening all over the world,” the spokesperson said.

Actor John Krasinski joined the effort with his own weekly YouTube video show, “Some Good News,” from March 29, which mimics a traditional news broadcast, but focusing on uplifting stories.

Krasinski’s videos offer a mix of tributes to pandemic “health heroes” and celebrity appearances including from his actress wife Emily Blunt, and got 15 million views for its first episode.

Stuart Soroka, a professor at the University of Michigan’s Institute for Social Research, said humans are conditioned to pay closer attention to negative news because it could force them to change their behaviour.

But in a crisis, Soroka, said people also look for news which is “most outlying, at odds with our expectations,” which may account for the public turning to positive stories.

Ashley Muddiman, a professor at the Center for Media Engagement at the University of Kansas, said the positive news is a way of helping people cope.

“There’s a good amount of research that suggests that when people are too scared or things are too negative, that they might try to shut down instead of trying to do things or go about their life,” Muddiman said.

“I do think that people want to see solutions and want to see people working towards solutions rather than bickering with each other. When news can cover that, I think that that is something to be attractive to audiences.”

Some people are showing signs of fatigue with the onslaught of depressing news about the health crisis.

“I think that a lot of us can fall victim to being drawn into constant negative news,” said Clarence Edwards, a resident of the US capital city Washington.

“I think the media pay attention to what sells, and mainly that’s scary and bad news.” — AFP