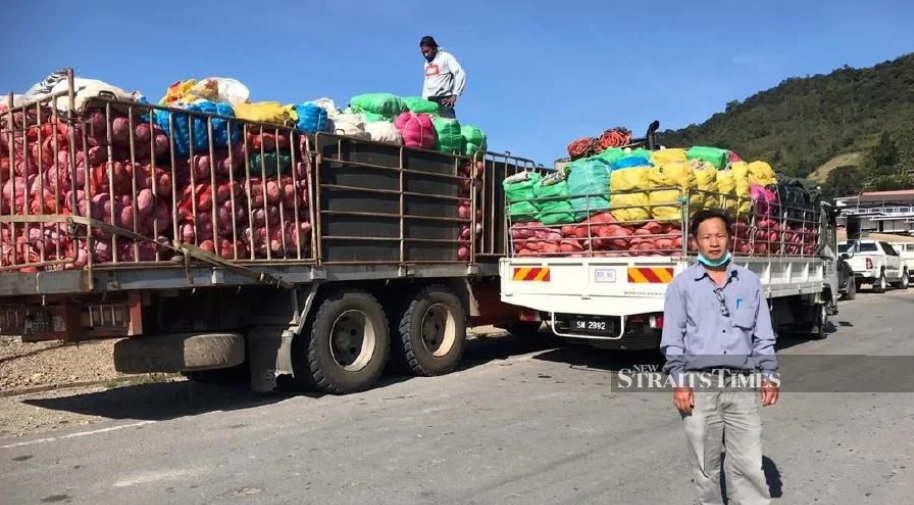 RANAU: Simon Leong is doing all he can to assist fellow Kundasang farmers to peddle their vegetables, which are going unsold during the Movement Control Order (MCO).

A Twitter video documenting Leong’s campaign has gone viral since it was uploaded by his friend, Shahrizal Denci, on April 10.

Shahrizal said Leong was among the first to distribute free vegetables to the public and Covid-19 frontliners in the state, rather than allowing them to go to waste.

He also bought other products for donation to those in need.

“Since the implementation of the MCO on March 18, I have been giving vegetables from my farm to people, including those at the Ranau food court, Ranau hospital and health clinics, as well as the district police.

“I had no choice, as the vegetables need to be harvested, or else, they would turn bad.

“Some city folks are in need of them, while in Kundasang, the people have to discard them. Might as well give them to those who want them,” he told the New Straits Times.

Leong, who is also Kundasang Agriculture Operators Association president, said after he finished distributing his own produce, he focused on helping other farmers earn extra.

He approached Ranau Member of Parliament Jonathan Yasin, Inanam assemblyman Kenny Chua and Karamunting assemblyman Hiew Vun Zin to buy the vegetables in bulk at a cheaper price to be given to their constituents.

“There will be another 100 tonnes of sponsored vegetables to be given out next week. I am helping to load the product from the farms using my lorry.

“After that, I will liaise with those handling the logistics to send the vegetables around Ranau, Inanam and Sandakan,” he added.

Leong said the farmers will not reap huge profits from the bulk sales after taking into account their initial investments, but at least they are making a little to buy rice and other essentials.

He added that although the state government has issued more permits for lorries to transport vegetables, there are not many consumers.

“Most of the restaurants are closed or passively operating, thus the lorries are only taking half of the normal loads from us,” he added.